Like so many in Gaza, a Palestine refugee in Beach refugee camp, western Gaza City, uses the only means at her disposal to cook, wash clothes and heat her home. © 2017 UNRWA Photo by Tamer Hamam

In 2017, US$ 402 million was required to cover the cost of emergency interventions in the oPt; however, as of 31 October, only US$ 138 million had been pledged, corresponding to 34.3 per cent of the total financial requirements. UNRWA would like to acknowledge the continued and generous support from its many donors that have allowed the Agency to provide emergency assistance to Gaza and the West Bank since the outbreak of the second intifada in 2000. Within a global environment characterised by increasing humanitarian need and competing demands on resources, UNRWA may continue to face challenges in raising funds for emergency interventions in 2018 that could translate into: (i) reduced food assistance and/or Cash-for-Work (CfW) opportunities, leading to increased food insecurity levels; (ii) diminished access to psychosocial support that would further stretch Palestine refugee resilience and well-being; and/or (iii) diminished protective support for the most vulnerable, including women, persons with disabilities, and survivors of home demolitions and evictions. Emergency assistance provided by UNRWA constitutes the minimum support necessary to meet the critical needs of Palestine refugees. A reduction in such support could have a destabilising effect on the oPt. The humanitarian problems faced by Palestine refugees today must be addressed as a matter of shared international responsibility, pending a just and durable solution to the Israeli-Palestinian conflict, including the Palestine refugee question, in accordance with international law and relevant General Assembly resolutions.

The 2018 EA addresses the priority humanitarian needs of Palestine refugees in Gaza and the West Bank. 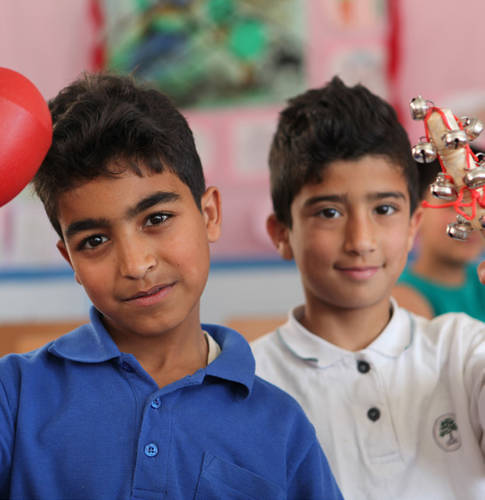 Now in its seventh year, the conflict in Syria continues to have shattering consequences for ordinary people that have lost their homes, livelihoods and security.  Palestine refugees are one of the communities worst affected by the conflict.  They rely on UNRWA to provide life-saving aid including food, water, shelter and medical assistance. UNRWA needs US$ 409 million to continue to provide these services to close to half a million Palestine refugees affected by the crisis in Syria, including those displaced into Lebanon and Jordan. US$ 329 of the Syria Regional Emergency Appeal is destined for use inside Syria and will allow UNRWA to continue to provide cash assistance, education and health care for the 439.000 Palestine refugees inside the country.

UNRWA launched the Emergency Appeal in the midst of a financial crisis, which was exacerbated by the US decision to cut back its funding. In 2017, the US provided 60% of UNRWA total emergency funding in Syria. Speaking during the Emergency Appeal launch in Beirut, Mohammed Abdi Adar, Director of UNRWA Affairs in Syria, highlighted what is at stake if UNRWA finances continue to dwindle. “The lack of funding seems to be generating a lot of fear, anger and resentment,” said Adar. “Unfortunately, it is yet another addition to a long list of historical grievances and creates a fertile ground for radical and extremists groups to recruit, operate and flourish.”

The conflict has subjected hundreds of thousands of Palestine refugees in Syria to continued and repeated displacement, with over 120,000 fleeing to neighbouring countries, and beyond. Almost 254,000 are internally displaced, and an estimated 56,600 are trapped in hard-to-reach or inaccessible locations, such as Yarmouk, Yalda, Babila and Beit Sahem in Damascus; Ghouta in Rif Damascus; and Dera’a camp, Muzeirib and Jilien in southern Syria.