The UNRWA microfinance programme seeks to support the Agency’s human development goal of “a decent standard of living” for the 5.4 million Palestine refugees we are mandated to serve. In one of the world’s most challenging environments for microfinance, we provide access to credit and related services to Palestine refugees and other poor and marginalized groups, many of whom have no access to commercial credit. With support from UNRWA, these people – including entrepreneurs, businesspeople, households and individuals – can create and sustain jobs and find new opportunities to generate income and assets.

UNRWA began its microfinance programme in 1991, in Gaza Strip, with an initial capital fund of less than US$ 300,000. The programme expanded to the West Bank in 1996 and remains the second largest microfinance institution in the occupied Palestinian territory (oPt). In 2003, we began working in Jordan and Syria, as well. Both markets saw quick and dramatic growth, becoming larger than our operations in the oPt within five years. Over the past decades, our Department of Microfinance has become not just one of the largest such institutions in the area, but also the only truly regional programme.

We are proud of our track record in Gaza, the West Bank, Jordan and Syria, and hope to continue working in these areas to empower and support our clients. In the twenty-six years between 1991 and 2017, the department extended 475,905 loans across these four fields, giving clients access to a total of US$ 531.41 million. The department is run on a self-sustaining basis and continues to benefit from donor grants from important stakeholders for the purpose of expansion its operations to satisfy the needs of its clients.,.

Human development is an important goal for our microfinance programme, but we understand that this service must be sustainable. We work in accordance with the standards and practices of the global microfinance industry and aim to recoup our operating expenses, while charging rates of interest that are affordable to our clients and competitive with other microfinance providers.

The UNRWA microfinance programme launches in Gaza, with an initial capital fund of less than US $300,000, providing credit to small and medium-scale businesses.

UNRWA launches a small-business training programme in Gaza that provides training in subjects such as book-keeping, taxation, computing and e-commerce.

The West Bank becomes the second area of operations for the UNRWA Department of Microfinance.

The UNRWA Department of Microfinance begins to operate on a self-sustaining basis, capitalized by donor grants from a number of important stakeholders.

An agreement between UNRWA and the OPEC Fund for International Development creates the PalFund Trust Fund, a unique fund to support Palestinian enterprises in the oPt valued at US $ 10 million.

In Gaza, UNRWA launches a housing microfinance programme to help refugee families with no access to mortgage facilities.

In the West Bank, UNRWA launches a new loan product to help successful clients continue to grow and develop their businesses.

UNRWA opened its sixth branch office in Madaba to further extend its geographical outreach in Jordan. In Syria three new branch offices were established in the safer regions of Lattakia, Tartous and Swayda to replace the four offices that were destroyed and looted in Damascus and Aleppo.

UNRWA opens a seventh branch office in Jarash to increase its outreach in Jordan.

2015
In its four fields, UNRWA maintains 23 operating branch offices for its microfinance operations

UNRWA opens the eighth branch office in Al-Husun to increase its outreach in Jordan.

UNRWA receives the “Leader Milestone” for the adherence to the Pro-Poor Principles from the “Truelift”.

An agreement between UNRWA and the OPEC Fund for International Development to convert the PalFund Trust Fund, from a trust fund arrangement into grant from OFID to UNRWA. 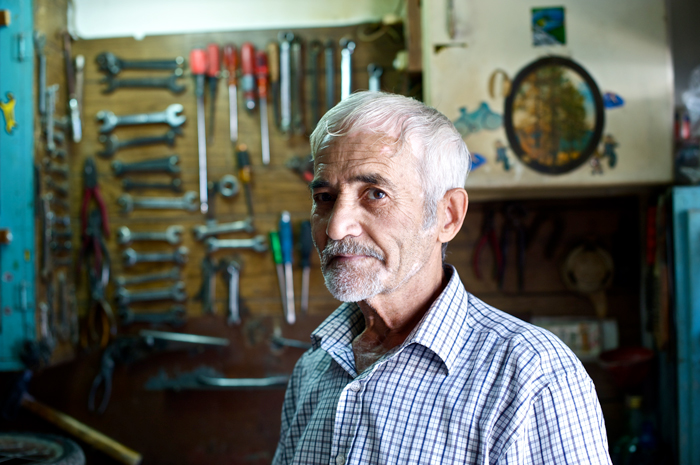