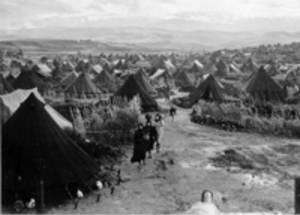 General Assembly resolution 428 (V) and the adoption of the UNHCR Statute clarify the mandate of the Office of the United Nations High Commissioner for Refugees, established by resolution 319 (IV) in December 1949 to lead international action to protect refugees and resolve refugee problems worldwide. The 1951 Convention relating to the Status of Refugees and its 1967 Protocol clarify the rights of refugees and the obligations of states that are party to these instruments. The Convention does not apply to Palestine refugees “who are at present receiving from [UNRWA] protection or assistance”, unless “such protection or assistance has ceased for any reason, without the position of such persons being definitively settled in accordance with the relevant resolutions adopted by the General Assembly”, in which case they “shall ipso facto be entitled to the benefits of the Convention.”