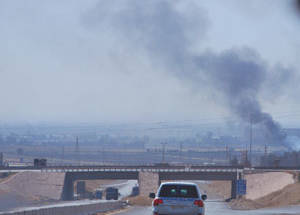 Popular demonstrations in March 2011 sparked what has become an on-going armed conflict in Syria, affecting the 560,000 registered Palestine refugees, out of which over 60 per cent have been displaced either internally, or outside of the country. As of August 2016, thousands of Palestine refugees have been killed due to armed violence, 18 UNRWA employees have lost their lives and 25 remain detained, presumed detained, or missing.

The Agency continues to offer emergency assistance and services, while adjusting its service delivery to meet the needs of the displaced Palestine refugees. In December 2015, UNRWA launched the 2016 Syria Regional Crisis Emergency Appeal, seeking US$ 414 million to meet the urgent needs of Palestine refugees affected by the armed conflict, providing shelter, accommodation, cash assistance, food and emergency care to those within Syria and those who fled to Lebanon, Jordan and Gaza.