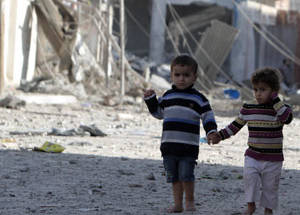 Eight days of violence witness rocket fire from the Gaza Strip on civilian populations in Israel and relentless Israeli shelling of Gaza. The Israel Defense Forces estimate that 900 Palestinians are injured, and OHCHR later reports a total of 174 Palestinian deaths, at least 168 due to Israeli military action; 101 are believed to be civilians. A total of 239 Israelis, including 219 civilians, are reported injured; 6 are reported killed, including 4 civilians.