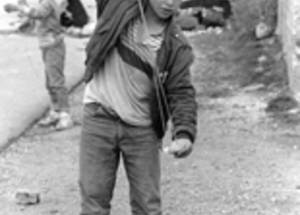 A spontaneous popular uprising in the West Bank and the Gaza Strip, after more than 20 years of military occupation, begins. Now known as the first intifada, it is marked by demonstrations, boycotts, tax resistance, strikes and largely unarmed protests; the response is severe and harsh. UNRWA establishes an emergency fund to coordinate its response; in 1990, this is merged with a similar fund for Lebanon, operating since 1982, to form the Extraordinary Measures for Lebanon and the Occupied Territories (EMLOT).