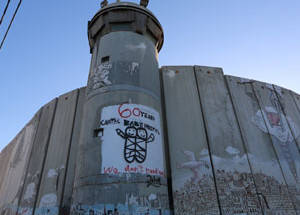 After two years of continuing violence on both sides, Israel begins construction of the West Bank Barrier - comprising concrete walls, fences, ditches, razor wire, groomed sand paths, an electronic monitoring system, patrol roads and a buffer zone - along and within the West Bank. In 2004, the International Court of Justice issues an Advisory Opinion noting that its impact on residents of the oPt has included the “destruction or requisition of private property, restrictions on freedom of movement, confiscation of agricultural land, [and]cutting-off of access to primary water sources,” among other consequences. The ICJ concludes that “the construction of the wall and its associated regime are contrary to international law.”