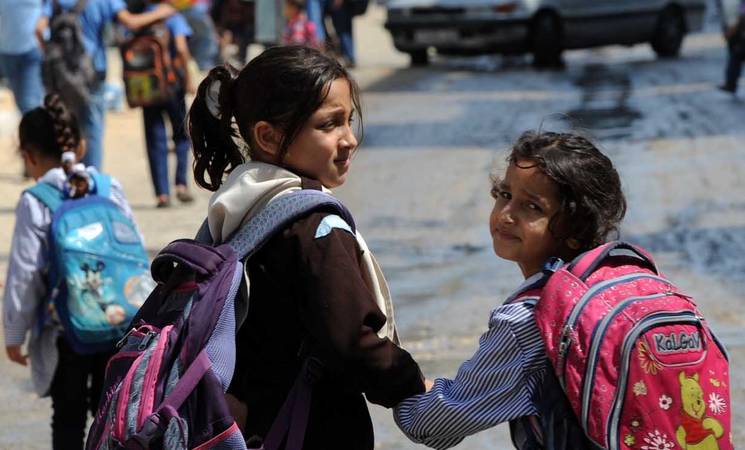 Operational environment: The potential delay in the start of the school year for Palestine refugee children in the region has kept tensions high in Gaza. Families unsure of whether to buy school uniforms or equipment for their children said to be having an effect on the livelihoods of local shop owners. This uncertainty contributed to the protests and sit-ins reported this week, including in front of UNRWA installations.

During the reporting week, several demonstrations were held in solidarity with Palestinian prisoners in Israeli jails or in solidarity with journalists killed during the 2014 summer hostilities, as well as regarding perceived potential cuts to UNRWA services. A peaceful protest organized by the UNRWA Local Staff Union was held inside the UNRWA Gaza compound in solidarity with teachers and against a delay in the 2015/16 school year.

On 16 August, a woman passed away from injuries sustained from an unexploded ordinance (UXO) exploding in a house earlier in the month. The following day, a UXO was found at the seashore of Rafah, southern Gaza. Explosive Ordnance Disposal (EOD) Police arrived to the scene and handled the situation. On 16 August, a Palestinian male who illegally entered into Egypt was found killed in north Sinai. The motive of the incident is still unclear.

UNRWA facilitates dialogue and action on youth and volunteering in Gaza

The GI team took the topic of the event and put it into action, organizing two-day voluntary work opportunities for 60 male and female Palestine refugee youth from Gaza. The young people had chance to complete voluntary work at UNRWA’s partner Non-Government Organizations (NGOs) and CBOs.

Asma Al Zahar was one of the participants. She graduated from Al Aqsa University in Gaza in 2012. Since then Asma has tirelessly tried to engage in voluntary work at a local organization to enhance her skills, character and open a window of hope that might lead her to finding a full-time job.

“Youth in Gaza have so much potential, they only need someone to support and give them the chance to explore what’s going on around them and encourage their roles in the community,” said Asma.

“I got the chance this year to work as a volunteer for two days through UNRWA’s Gender Initiative partnering CBO, Gaza Graduates Society. Through this experience I felt confident and productive… as well, when somebody believes in you, then you will never think of letting them down.”

The eight year Israeli-imposed blockade on Gaza, which severely restricts the movement of people and goods means that most young people are unable to explore work opportunities beyond the coastal enclave. The Palestinian Central Bureau of Statistics puts unemployment in Gaza at 41.6 per cent for the first quarter of 2015, one of the highest worldwide. According to the World Bank, youth unemployment soared to more than 60 percent by the end of 2014.

“I really encourage the voluntary work for youth - it’s a chance to develop the skills, experiences and build character,” added Asma.

On 14 August, Egyptian patrol boats opened fire towards a Palestinian fishing boat approaching the Rafah-Egyptian border. The boat managed to escape and no injuries were reported.