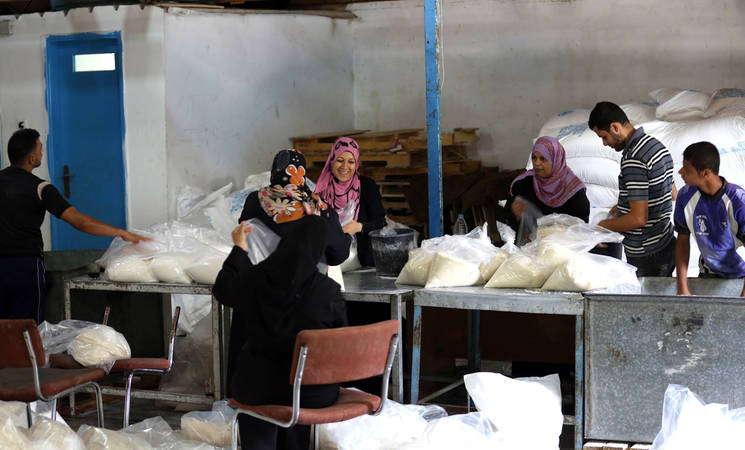 Operational environment: The environment in Gaza was becoming more difficult and tense over the past few weeks. The UNRWA Safety and Security Division (UNSSD) registered in its monthly report for August 2015 a total of 28 crime incidents in Gaza, of which 14 are reported to be family disputes. Furthermore, UNSSD reported 82 demonstrations in August, with 46 of them held against UN agencies.

On 5 September, an alleged dispute between supporters of President Mahmoud Abbas and Palestinian politician Mohammad Dahlan resulted in 10 injuries and the arrest of several persons by the police.

On 7 September a dispute between a client and a shop owner in Gaza city resulted in the owner firing shots from his pistol. No injuries were reported.

On 7 September an Unexploded Ordnance (UXO) was found in an agricultural area in central Gaza; the Ordnance Disposal Police defused it.

Repeated protests continued during the reporting week, with protestors demonstrating against UNRWA’s newly launched Shelter Cash for Work pilot project or in solidarity of Palestinian prisoners in Israeli jails

62-year old Palestine refugee Kana’an Abu Libda, a father of seven, used to live in the “Brazil” refugee camp in Rafah, southern Gaza. However, in 2003 his house, together with many others in the camp, was demolished by Israeli forces and his life was turned upside down.

After losing their home, the family received rental subsidy payments through UNRWA to be able to rent a temporary shelter. However, “constantly moving from one house to another was very difficult because we never felt that a house was really ours; we were not able to change or fix things or give it our own touch,” Kana’an explained.

After more than 10 years living in temporary accommodation, in June 2014 the Abu Libda family received a housing unit in phase two of the Rafah Rehousing Project. “We felt such relief when we received the shelter; after a long time we were finally able to settle down again in a house that is just for us,” Kana’an said satisfied.

The Abu Libda family’s house in the Rehousing Project consists of three floors, each with two rooms. The space is very tight, since his married sons, their wives and their children, also lived in the housing unit. However, despite the difficulties, Kana’an is very thankful for the new home: “The house is very clean, there is an automatic water generator and the electricity lines are very good; we also have a refrigerator, a washing machine and a cooking stove.” And he added: “We do appreciate the Kingdom of Saudi Arabia for funding this project that helps people like me to keep our dignity in these difficult times; and we also see what an important role UNRWA plays in supervising, implementing and following up on such projects.”

After more than ten years of searching, hoping and moving from one place to the other, the Abu Libda family has finally found a real home again.

Thanks to generous donors, UNRWA has overcome its immediate and most serious financial crisis and was able to partially bridge the US$ 101 million deficit in its General Fund; to date, approximately US$ 78.9 million has been confirmed by donors.

In response to the unprecedented needs faced by the Palestine refugees, and the continuous financial shortages and unstable financial footing of the Agency, UNRWA is currently exploring options for additional funding, but is also implementing a series of austerity measures aimed at decreasing costs where possible while preserving essential services to refugees.