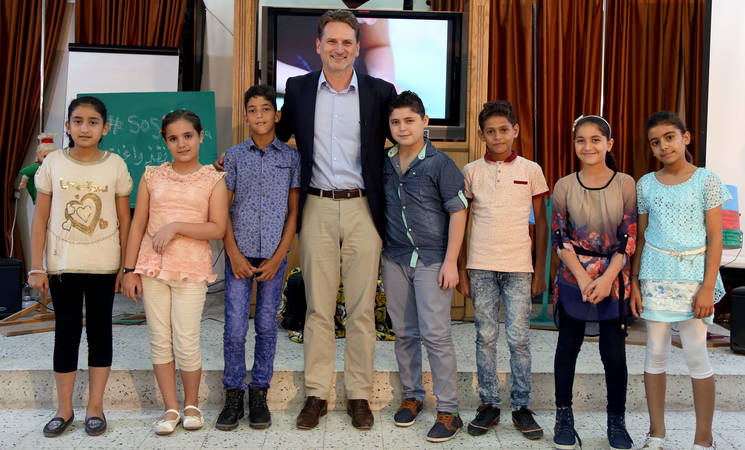 Operational environment: While temperatures in Gaza remained in the mid to high thirties and humidity averaged 80 per cent, the Gaza Power Plant has had to halt one of its power generators and change Gaza’s electricity schedule to six hours on, 12 hours off, due to lack of fuel. The power cuts coincide with failing Egyptian electricity lines in southern Gaza, worsening the electricity crisis, as per media reports. Several protests took place during the reporting week against electricity cuts. On 13 September, a building in Gaza City sustained severe damage due to an electricity malfunction problem. Ten injuries were reported.

Several incidents of political and inter-communal violence were reported this week. On 8 September, clashes erupted between supporters of Palestinian President Mahmoud Abbas and Palestinian politician Mohammad Dahlan at a conference in northern Gaza. On 12 September, a dispute erupted between students from Hamas and Fatah in the Al Quds University branch in central Gaza. No injuries were reported in either case. On 13 September, a family dispute in Khan Younis, southern Gaza, resulted in three injuries due to the use of edged weapons. Several persons were arrested by the police. On 14 September, clashes erupted between members of the Hamas movement and the management of Al Quds Open University in Rafah southern Gaza, demanding to support students in their tuition fees. The police arrested some of the students.

On 9 September, a Palestinian youth was injured when mishandling an Unexploded Ordinance (UXO) in Gaza City. On 11 September, unknown persons detonated an Improvised Explosive Device (IED) in Gaza City.

58-year old nurse Khadra Abu Oweida has 15 years of work experience in the field of diabetes management. She works at the UNRWA Health Centre in Rimal, Gaza City.

“Patients who suffer from diabetes need first of all someone who listens to them and their pain; they need someone they trust so they feel comfortable to talk. This was the main reason why I have stayed in my position for so long,” Khadra explained. “I have a very strong relationship with my patients and they take my advice seriously,” she added proudly.

Diabetes rates in the Gaza Strip are high and a direct result of the disruption to economic and social activity. The Gaza Strip is a war-ravaged, poverty-stricken coastal enclave where malnutrition and infectious diseases can co-exist with non-communicable health conditions such as obesity and diabetes. Forced urbanization, over-crowding and the related psycho-social stress can aggravate these diseases. According to the UNRWA Gaza Health Programme, in 2014 approximately 12 per cent of Palestine refugees aged 40 years or more were suffering from diabetes mellitus. In total the UNRWA Gaza Health Programme reported 28,022 male and 43.411 female Palestine refugee diabetes patients in 2014.

Khadra confirms that diabetes particularly affects women: “Women are exposed to so many tensions in our society, and as a result they often start to suffer from weight gain which is further increased by a lack of exercise.”

However, according to Khadra over the years the knowledge and awareness of the people of Gaza about diabetes has increased and their behaviour is changing.

“They know the danger diabetes can pose, and they are aware of the importance of taking medications and living a healthier lifestyle,” Khadra said. “I would say up to 70 per cent of the diabetes patients in the Rimal Health Centre are now controlling the disease and have changed their lifestyles and habits,” she added.

To further address diabetes rates among Palestine refugee communities in Gaza, UNRWA has partnered with the not-for-profit development organization Microclinic International (MCI) to build the capacity of UNRWA’s medical staff through the Microclinic Programme for Diabetes Prevention and Management. This programme aims at involving communities to choose and sustain healthy lifestyle changes to prevent or manage diabetes. Twice per week between 10 August and 22 September, UNRWA is training its nursing staff on the prevention of diabetes so they are equipped to train and pass their knowledge to patients and the patients’ support network such as families and friends. In total, 216 medical staff from 18 Health Centres will participate in this training to further acquire needed information and skills.

No other major security incidents were reported during the reporting week.

Thanks to generous donors, UNRWA has overcome its immediate and most serious financial crisis and was able to partially bridge the US$ 101 million deficit in its General Fund; to date, a shortfall of US$ 20 million remains.

In response to the unprecedented needs faced by Palestine refugees, and the continuous financial shortages and unstable financial footing of the Agency, UNRWA is currently exploring options for additional funding, but is also continuing a series of austerity measures aimed at decreasing costs where possible while preserving essential services to refugees.