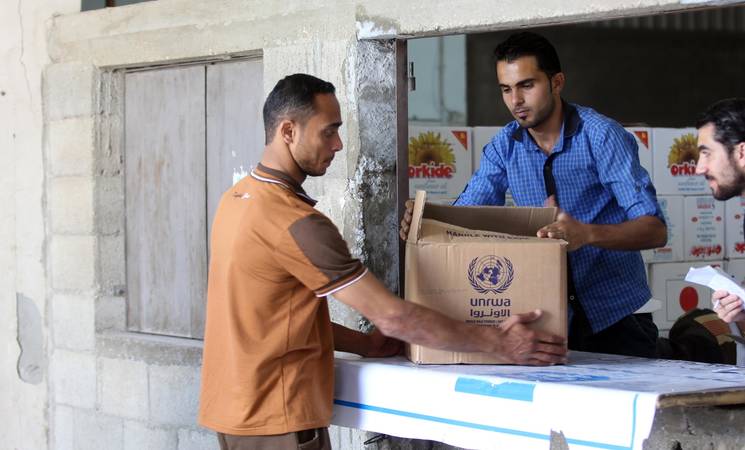 Operational environment:  Due to failing Israeli and Egyptian electricity lines and lack of funds of the local authorities in Gaza, the electricity crisis in the enclave has worsened over the past weeks, affecting all aspects of life in the coastal enclave, as per media reports. Anger and fear ensued after Egypt’s alleged decision to flood tunnels leading from Gaza to the Egyptian Sinai; experts and media warn that the flooding could have serious negative implications for the environment and livelihood opportunities in the area, as the seawater could increase the salinity of the groundwater and the soil, destroying crops and increasing the risk of erosion and the collapse of buildings.

Israel has for the first time in 15 years allowed Palestinians to access farmland along the Gaza border with Israel, as a spokesperson from the International Committee of the Red Cross (ICRC) told media. As a result of ICRC negotiation efforts, 500 Palestinian farmers were given access to their fields, which amounts to 863 to 988 acres of land, as media state. According to the Office for the Coordination of Humanitarian Affairs (OCHA), 17 percent of the total land mass of the Gaza Strip and 35 percent of its agricultural land are restricted by Israel.

Media report that for the first time since 2007, Israel will allow the export of ironware, furniture and textiles from Gaza to Israel, as the Israeli Coordinator of Government Activities in the Territories (COGAT) announced. The new rule will enter into effect on 7 October. As the import restrictions by Israel of dual-use items such as wood thicker than one centimetre has a strong negative impact on the production possibilities of Gaza factories, which in turn affects their export prospects, the Israeli non-government organization Gisha which advocates for greater freedom of movement for Palestinians expressed criticism.

Over the past two weeks, various protests were held against the electricity cuts, in support of the Al Aqsa Mosque or for the release of Palestinian prisoners in Israeli jails. In addition, Palestine refugees from Syria, Libya or Yemen held protests in front of the Cabinet Ministers’ office, demanding jobs.

Ayesha: A woman from Gaza finds relief with food assistance from UNRWA

Ayesha Mohammed El Sabti is a Palestine refugee mother of eight, living in Gaza city. Although poor, her positive attitude and resilient nature can be gleaned from behind every corner of her clean well-organized home. “My children and husband are the most important thing in my life, I am dedicating my life for them, but the sickness of my husband and my son, and Shahd, my disabled child, broke my heart,” Ayesha said.

“My misery started when my husband was ill and the social assistance we used to have was suspended,” Ayesha said.

“I remember that time with detail, it was so difficult, life was dark, and all doors seemed closed. My children were so young, my husband sick; I didn’t know where to go,” Ayesha said.

Then she went to the UNRWA area office to apply for food assistance. “Neighbours told me to go to the UNRWA office, they can help me there, it was the only open door I found,” she commented.

“It is one of the most essential things in my life, I don’t need to think of food, I have enough, then I can concentrate on my disabled child and sick husband, I will never forget that even during the last hostilities, we could receive the food assistance… it makes me feel like we are not forgotten,” she said.

On 21 September, militants fired one rocket towards Israel; the rocket exploded in an open area in Hof Ashkelon Regional Council.

The rockets launched from Gaza towards Israel were condemned as “indiscriminate attacks on civilian areas” by the United Nations Secretary General Ban-ki Moon on 20 September.

On 19 September, an Israeli Unmanned Aerial Vehicle (UAV) crashed in northern Gaza and was seized by the Hamas movement.

No injuries were reported in any of the incidents.