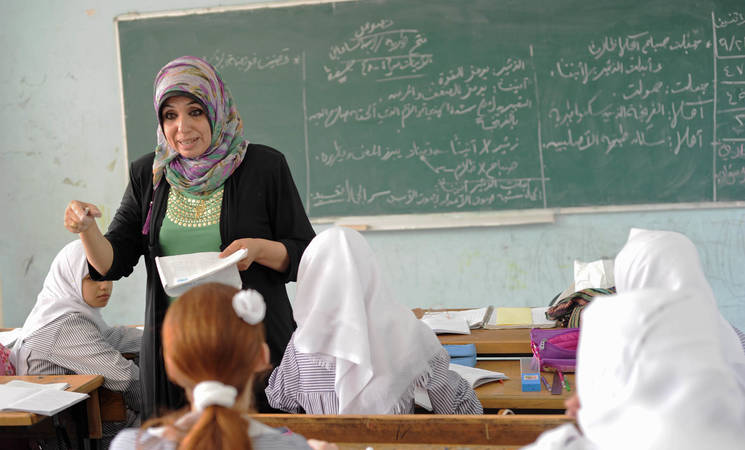 Operational environment:  For the month of September 2015, the UNRWA Gaza Safety and Security Division (SSD) reported a decrease in security incidents in Gaza, from 201 incidents (79 related to armed conflict) in August, to 182 incidents (66 of them related to armed conflict) in the past month. Part of the decrease is assessed as being attributed to UNRWA averting the suspension of the Education Programme.   A decrease in incidents directly affecting UNRWA was also recorded, with 34 incidents in September, compared to 61 incidents in August. This is the lowest number since before the 2014 conflict.

Furthermore, in September, there was a reduction in rocket fire, with 12 incidents reported, a decrease from 25 in the previous month’s reporting period (August). Yet whilst there was a reduction in armed conflict incidents in September, recent indicators highlight that this can change quickly, based on internal developments in Gaza or external factors in the West Bank and Jerusalem. On 30 September, Israel responded to rockets from Gaza with seven missiles into Gaza. This incident can be viewed as the most severe response since the end of the 2014 conflict.

On several occasions, incidents of political or inter-communal violence were reported. On 28 September, unknown persons reportedly abducted a man in Gaza City and released him later in a different area, severely beaten. The police arrested the perpetrators. On 29 September, a brawl erupted between supporters of Palestinian President Mahmoud Abbas and Palestinian politician Mohammad Dahlan in Deir El Balah, central Gaza; slight injuries were reported. On 2 October, a dispute between cousins in southern Gaza resulted in six injuries due to the use of edged weapons. Several persons were arrested.

On several occasions during the reporting week, Palestinians tried to illegally cross into Israel and were arrested by Israeli troops.

Repeated protests were held in front of UNRWA installations over the past week, with refugees demanding a housing unit in the Rafah Rehousing Project. Regular protests were also held in support of Al Aqsa Mosque or Palestinian prisoners in Israeli jails.

For the month September, UNRWA SSD reported a total of 69 demonstrations in Gaza, with 20 being staged at UN installations.

The Gaza Expotech Technology Week is taking place from 5 to 8 October under the slogan “Palestine is smart.” The purpose of the conference is to create awareness among youth of the capabilities of information technology (IT) to improve the daily life of different community groups, particularly women, persons with special needs and youth.

Ibrahim Jobour, one of the three co-founders of the UNRWA supported social enterprise Gaza Gateway, participated in the conference. In a panel presentation, he explained the role of the Gaza Gateway in promoting employment prospects for young IT graduates, through the outsourcing of business opportunities to private companies in Gaza.

“One part of the Gaza Gateway mission is to create a freelancer platform that aims at helping to address the chronic unemployment in Gaza by opening the global market to IT specialists in Gaza. The platform tries to create international partnerships to mainstream freelance opportunities (online self-employment) to Gaza IT specialists,” Ibrahim said.

Each year, approximately 1,000 Palestinians graduate with computer-related degrees in Gaza, yet according to the Palestinian Central Bureau of Statistics (PCBS), in 2014 75.1 per cent of them remained unemployed after graduation. The Gaza Gateway initiative tries to build a bridge from IT graduation to private sector employability, with a view to demonstrating that Gaza can deliver competitive commercial services. The aim is to outsource employment opportunities to the Gaza IT sector – particularly the fresh graduates – by using international market demand. Through this, the Gateway offers integrated post-graduate training for young IT professionals, grows and develops the Gaza IT market and its professional capacity, and ultimately blends business and social objectives, creating a sustainable socio-economic impact in the Gaza Strip.

The Gaza Gateway is an UNRWA initiative, which in quarter one of 2016 will become fully independent from the Agency. However, it will continue to provide services solicited by UNRWA to assist in addressing refugee needs.

During the reporting week, Israeli troops fired at Palestinians near the security fence and at Palestinian boats on an almost daily basis. In September, the UNRWA Gaza Safety and Security Division (SSD) reported a total of 21 shooting incidents along the land border with Israel and 18 incidents of naval fire.

On 4 October, militants fired one rocket from Gaza city and one from Khan Younis, southern Gaza, towards Israel; one rocket dropped short and the other one landed in an open area in Eshkol Regional Council in Israel.

On 5 October, militants fired four test rockets from Khan Younis towards the sea. On the same day the IAF fired one missile targeting a Hamas training site in Gaza city.