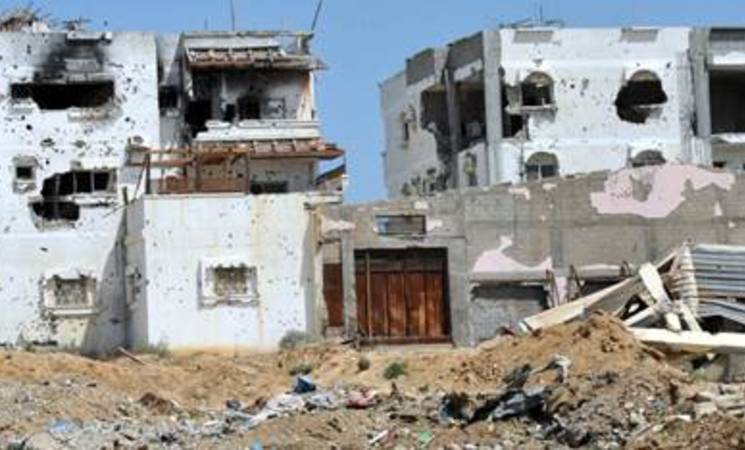 Operational environment: Protests, violence and a strained atmosphere have continued in Gaza during the reporting week, however, according to reliable sources the last reporting week in Gaza has witnessed a decrease in incidents attributed to the ongoing events in the West Bank. Many demonstrations occurred within towns, and not in the vicinity of the fence, which resulted in less engagement with Israeli forces.

In a statement released this week, the International Committee of the Red Cross expressed increasing concern regarding the deterioration in the situation in Israel and the occupied Palestinian territory. The statement remarks that attacks against civilians and the growing number of casualties at demonstrations and other events, are fueling a climate of fear and retribution. The ICRC called on all sides to show restraint and responsibility, stating that “failure to do so can only further aggravate the situation.”

Protests in the vicinity of the fence were predominately held in northern Gaza near Erez crossing, in Shujjaiya in eastern Gaza city, and east of Al Bureij camp in central Gaza. Some protestors were reportedly throwing stones towards Israeli soldiers during the protest; the Israeli forces reportedly responded with gunfire and tear gas.

Two Palestinians in Gaza have reportedly been killed by Israeli fire in protests during the reporting week, and approximately 150 protestors have been injured, some critical. Several protestors were arrested by Israeli forces when breaking the fence and entering Israel.

On 16 October, one Palestinian passed away from his injuries suffered due to Israeli shootings during a protest near Erez crossing on 9 October.

On 17 October, several schools in Shujjaiya, eastern Gaza, were evacuated due to tear gas fired by Israeli forces at protestors near the fence.

Refugee family the first in Gaza to complete the reconstruction of their totally demolished home, with UNRWA support

More than one year after the devastating conflict, the Zaza refugee family is the first in Gaza to complete the reconstruction of their totally demolished home, with support from UNRWA.

Atef Al Zaza, his wife Fatima and their 12 children lost their home in Sha’af in eastern Gaza city in the summer of 2014, when it was completely demolished during the 50 days of hostilities. Their extended family took them in until UNRWA provided the family with transitional shelter cash assistance. They were then able to temporarily rent an apartment for the next 11 months, after which they moved into their newly reconstructed house.

After UNRWA social workers and engineers visited Atef’s home, they assessed and categorized it as totally demolished and uninhabitable. In June 2015, the governments of Israel and Palestine reached an agreement on a Residential Stream of the Gaza Reconstruction Mechanism to allow for the reconstruction of totally demolished homes, UNRWA submitted applications for refugee families with totally demolished homes who had their documentation ready. After approval, they were able to commence the reconstruction process. The Zaza’s were one of 190 refugee cases submitted through the new GRM Stream. 170 of these have been approved, including Atef and Fatima’s family.

Atef was determined to struggle against the depression and despair that overwhelmed so many people in Gaza after the conflict, and he started to race against time to reconstruct the family house:

“I wanted to give my family the intimate place back they used to have before, I was challenging myself to finish reconstruction before the Eid holidays,” Atef explained. “Within 70 days of starting, my house was completely reconstructed and I held the new keys in my hand; at that moment, I felt relieved and happy, and I wanted to give the keys to my wife and show her the house and everything in it.”

“When I heard that our name was included in the list of families who will receive payments from UNRWA to purchase reconstruction material, I felt excited and full of hope. The war is still inside us, burned into our souls, but I wanted me and my family to move on,” Atef recalled.

As soon as he received the first payments from UNRWA, Atef ordered all the reconstruction material he would need to reconstruct the family house. “I was very confident that UNRWA will pay me all the installments I was eligible for,” he commented. “I stayed with the labourers day and night - watching, monitoring and supervising them; they were all positively encouraged by my attitude and wanted to help me to reconstruct my house.”

Now, when Atef walks through his old neighbourhood, he feels happiness, despite the destruction still visible everywhere.

“What we went through was difficult, a nightmare, but this time it seems to have concluded with a happy ending; when I first saw my new home, I felt that now we finally have our normal life back again,” Atef said.

UNRWA engineers have confirmed 140,190 Palestine refugee houses as impacted during the 2014 conflict; 9,117 of them are considered totally demolished. Since the start of the 2014 emergency shelter response, as of October 2015, the Agency has distributed over US$ 130.65 million (excluding Programme Support Costs) to Palestine refugee families whose homes were damaged or demolished during the hostilities.

Due to lack of sufficient funding, to this day 13,163 refugee families whose homes were destroyed or severely damaged and uninhabitable remain displaced.