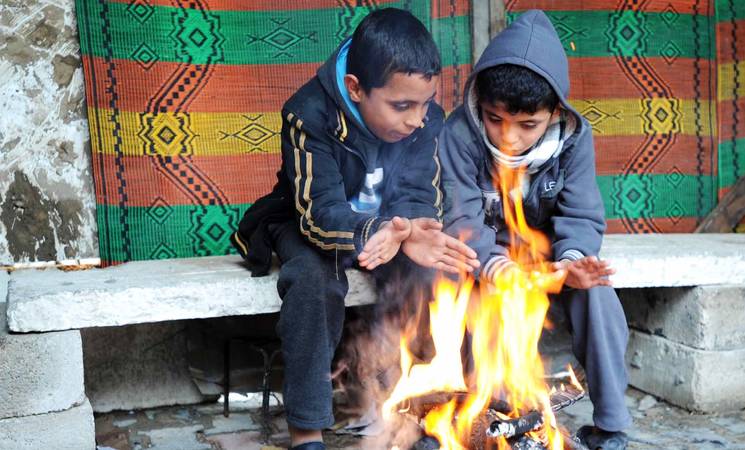 Operational environment: The situation in Gaza remains volatile. There is fear that the violence occurring in the West Bank and Jerusalem will have negative repercussions for the Gaza Strip. As well, violence near the Erez crossing and the perimeter fence, is adding to an already tense atmosphere.

Protests were held on a daily basis during the reporting week regarding the situation in the West Bank and Al Aqsa Mosque. Many of these protests were held in Gaza city, with other demonstrations near the fence (see major incidents section). Other protests were held in solidarity with Palestinian prisoners in the Israeli jails and with journalists who were injured during the previous weeks’ protests, including a press conference. On 23 October, the Hamas Movement held a rally in Nuseirat Camp, in the middle of Gaza, to honour the families of those killed during previous conflicts.

On 21 October, the Al Sabreen Movement held a funeral procession for one of its members, who was killed the day before. Shooting in the air was heard and two injuries were reported.  On the same day, a dispute in which edged weapons were used took place between two families. The Police arrested several persons and one injury was reported.

On 22 October a 25 year-old Palestinian male passed away at Shifa hospital from his injures when he set himself on fire in Deir El Balah earlier in the month. On 23 October, a dispute took place in one family in Nuseirat Camp. Firearms were used and three injuries were reported. Police arrested several persons.

“Even with this short employment, I got my life back”

In September 2015, UNRWA launched an early recovery Shelter Cash for Work (SCfW) project in Gaza.  The project provides refugee families who lost their shelters during the summer hostilities of 2014 with a short term employment opportunity. SCfW is part of the Agency’s continuous effort to secure available funds in response to the shelter needs of Palestine refugee families in Gaza.

Through this pilot project, all registered Palestine refugee families whose shelters were identified by UNRWA as uninhabitable are eligible to participate in an optional three-month employment placement in the unskilled category in UNRWA approved hosting institutions that themselves are undertaking early recovery activities, directly related to the effects of the 2014 summer hostilities.

Up to two opportunities per family household are offered and participants earn US$266 per month, which is slightly higher than the monthly Transitional Shelter Cash Assistance payment which ranges from US$200-$250 per month depending on family size. UNRWA created this SCfW scheme in response to the huge shortfall in its US$720 million Gaza reconstruction programme; that shortfall currently stands at US$ 493 million.

Forty-eight year old Marwan Al Adham and his family are one of 578 refugee families who applied to participate in UNRWA’s SCfW project. “For me, it is better to work rather than stay home waiting for UNRWA to pay me the rental fees, farming is my life, and this is why I accepted to sign and to get a three-month employment chance,” commented Marwan who is working on a strawberry farm. According to the United Nations Office for the Coordination of Humanitarian Affairs (OCHA), the 2014 hostilities in Gaza damaged 120 dunums of cultivated land, sub-pipelines of drip irrigation networks and the agricultural well, thereby preventing farmers from using significant areas of their land and negatively impacting their income. This affected livelihoods, markets and nutrition.

Eligible families are not obligated or required to participate in the SCfW initiative. The scheme is entirely voluntary. It is an alternative option to help those affected to meet their needs.

Marwan Al Adham, was living with his wife, five daughters and three sons in Beit Lahia, in northern Gaza when the 2014 summer hostilities started. The family decided to leave their house and to take shelter at UNRWA Al Fakhoura School in Beit Lahia. When the conflict was over, Marwan returned to his house and found that it was completely destroyed.

Marwan says he was prepared to work for his earnings than receive rental assistance. “I was fine to receive the money from UNRWA and work, therefore, when Relief and Social Services Area Office in Beit Lahia contacted me and explained that I can get a chance to work in lieu of the rental subsidy I was satisfied with that,” he said.

Marwan started his work on 28 September and will continue through December.

The funding for this project is earmarked and part of the emergency response. The funding cannot be used for other activities and does not affect the resources available for other programmes, or the family’s eligibility for other UNRWA work opportunities.

On 25 October, Israeli troops positioned at the fence east of Deir Al Balah, middle Gaza, reportedly opened fire towards Palestinians farmers, forcing them to leave the area. No injuries were reported.

On 19 October, approximately 70 civilians, including youth, held a demonstration east of Al Bureij Camp near the fence, in solidarity with Al Aqsa Mosque and the situation in the West Bank.  Some of the protesters reportedly threw stones towards Israeli observation posts. Israeli forces reportedly responded with gunfire and tear gas. No injuries were reported, however four Palestinians suffered from tear gas inhalation.

On 20 October, the Israeli forces positioned at the perimeter fence east of Eastern Cemetery, opened fire and shot flare lights towards Palestinian areas. No injuries were reported. On the same day, approximately 150 civilians, including youth, who were waiting for released prisoners from Israeli jail, held a demonstration in the vicinity of Erez crossing, in solidarity with Al Aqsa Mosque and the situation in the West Bank. Some of the participants approached the fence and reportedly threw stones towards Israeli forces’ observation posts. Israeli forces reportedly responded with gunfire and tear gas. Two Palestinians were injured and eight suffered from gas inhalation.

Also on 20 October, approximately 100 civilians, including youth, gathered nearly 300 metres from the fence. Some of the participants approached the fence and reportedly threw stones towards Israeli observation posts. Israeli forces reportedly responded with gunfire and tear gas. One Palestinian was killed, seven injured and three suffered from gas inhalation. On 21 October, a similar incident involving approximately 50 civilians, including youth, also gathered nearly 300 metres from the fence. One Palestinian was injured and another suffered from gas inhalation.

Also on 23 October, approximately 100 civilians, including youth, held a demonstration near the fence east of Al Faraheen area, in solidarity with Al Aqsa Mosque and the situation in the West Bank. Some of the participants approached the fence and reportedly threw stones towards Israeli observation posts. Israeli Forces responded with gunfire and tear gas. Seven persons were injured and 15 suffered gas inhalation