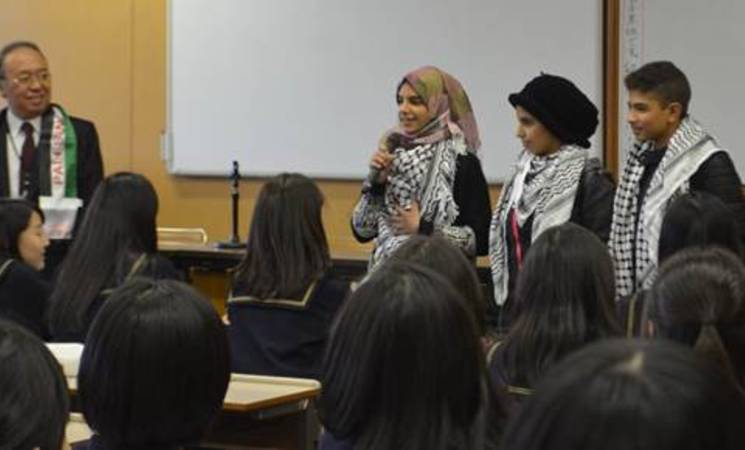 Operational environment:  Rage and frustration about the situation in Gaza and the West Bank have prompted protests by mostly Palestinian youths in solidarity with Al Aqsa Mosque and the situation in the West Bank. Protests were held across the Gaza Strip, often near the perimeter fence (see Summary of Major Incidents).

Regular protests were also held across the Gaza Strip in solidarity with Palestinian prisoners in Israeli jails, to demand the opening of the Rafah Crossing by the Egyptian authorities or to commemorate the Balfour Declaration.

On 30 October, an unexploded ordinance (UXO) detonated accidentally when an 11-year old refugee child and UNRWA student was handling it in northern Gaza. The child sustained shrapnel wounds.

Also on 30 October, firearms were used in a dispute between cousins in Gaza city; two persons were injured and several were arrested.

An opportunity to make a living and be independent

Khadra Kalloub, from Beach refugee camp in Gaza city, goes to work most days with a smile, happy that she can provide for her family. The 49-year old widow and mother of six sons and daughters works as a cleaner in the UNRWA Health Centre in the same camp and is the main breadwinner. With her salary, she supports a household of 18 extended family members.

“This job changed my life,” Khadra explained. “My salary is the only income source my family has. Before I worked in the Health Centre, my financial situation was very difficult; this job gave me a chance to improve my life.”

Before working in the Health Centre, Khadra was classified as abject poor (meaning those Palestine refugees who are living below US$ 1.74 per day) by the UNRWA Relief and Social Services Programme (RSSP). She was considered a special hardship case, unable to meet her and her family’s basic food needs. Through her employment at the UNRWA Heath Centre eight years ago, Khadra was able to curb the effects of poverty and is now able to earn enough to support her family.

“I am responsible for cleaning the Health Centre, but I also support elderly persons and other patients whenever I can. I am happy to be a productive person in the community; my job is important and I like it.  I also did not stop working during the 2014 hostilities for example, and I am glad for that because this way I was able to help my people,” Khadra said.

The UNRWA Gaza Field Office maintains a practice of limiting the hiring of manual workers to Palestine refugees registered as special hardship cases (or Social Safety Net cases). Mentally and physically suitable candidates, who have conducted and passed competitive interviews, are placed on a roster to fill manual worker vacancies such as guards, school attendants, sanitation laboureres, and cleaners. Since the implementation of this practice in 2007, more than 520 special hardship households gained employment at UNRWA through this process.

Poverty and food insecurity are wide-spread in Gaza, and a large segment of the population struggle to provide for their families. The socioeconomic situation in Gaza is in steady decline; years of conflict and closure have left 80 per cent of the population dependent on international assistance.

In October the UNRWA Safety and Security Division (SSD) reported an increase in demonstrations in Gaza, with a total of 131 demonstrations, out of which 110 can be attributed to Palestinian support towards the ongoing tensions in the West Bank and Al Aqsa Mosque. A total of 15 Palestinians, among them refugees, had reportedly been killed by Israeli security forces in these protests related to Al Aqsa Mosque, and approximately 500 were injured. SSD also reported an increase in rocket fire incidents in Gaza, with a total of 23 incidents in which a total of 39 rockets were fired (17 test rockets and 22 rockets directed towards Israel out of which 15 dropped short and seven landed in Israel).

Regular protests in support of Al Aqsa mosque and the West Bank were held in the vicinity of the perimeter fence on an almost daily basis, mostly east of Bureij camp in central Gaza, near Erez Crossing, east of Gaza city or in Khan Younis, southern Gaza. During these protests, some participants reportedly approached the perimeter fence and threw stones towards Israeli observation posts. Israeli security forces reportedly responded with gunfire and tear gas. A total of approximately 30 persons were injured due to Israeli gun fire and approximately 40 suffered from gas inhalation.

On 29 October militants fired three test rockets towards the sea. No injuries were reported.

On 30 October a Palestinian militant reportedly fired sniper bullets from northern Gaza towards Yad Mordechai in southern Israel. The bullets hit a coffee shop inside a petrol station. No injuries and minor damage was reported.

On 30 October militants fired two test rockets towards the sea.