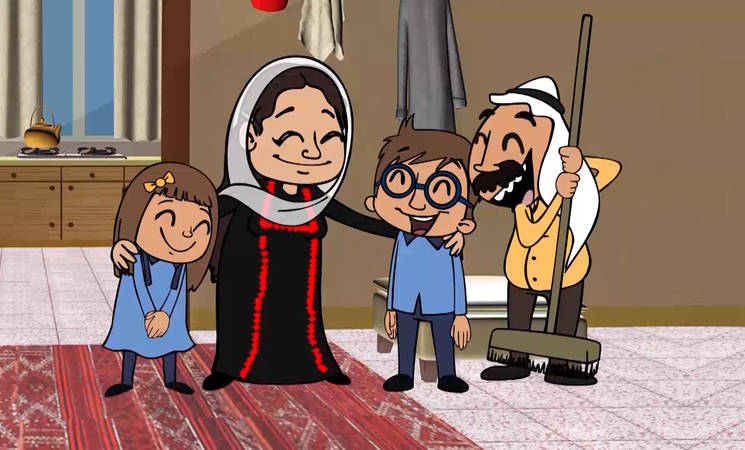 Operational environment: In 2012, the United Nations Country team in the occupied Palestinian territory (oPt) released the Gaza 2020 report, warning that if no immediate action is taken Gaza will be an unliveable place by 2020. This message has been repeated and reinforced through various other reports and statements, including in September 2015 by the United Nations Conference on Trade and Development. Yet rather than progressing toward mitigating or avoiding the 2020 depiction, Gaza has seen further economic de-development and repeated destruction exacerbating the situation. The year 2020 is only four years away and without drastic action it is projected that there will be virtually no reliable access to safe drinking water, declining standards of healthcare and education, worsening electricity issues and Palestine refugee camps will become increasingly overcrowded; in addition, it is projected that food insecurity will worsen and the mental health impacts of a protracted emergency will have far reaching social consequences.

Little over one year after the most recent conflict - the third within seven years in Gaza - another cycle of violence erupted in the occupied Palestinian territory (oPt). The United Nations (UN) Special Rapporteur on the situation of human rights in the Palestinian territory occupied since 1967, Mr. Makarim Wibisono, and the UN Special Rapporteur on extrajudicial, summary or arbitrary executions, Mr. Christof Heyns, expressed grave concern over the continuing violence in the oPt, emphasizing that cases of excessive use of force by Israeli forces against Palestinians, including some which appear to amount to summary executions, continue to be reported.

The number of demonstrations during the past week remained similar to the previous reporting period. Many of these were related to the Palestinian Independence Day and the 11th anniversary of the death of Yasser Arafat, founder and leader of the Fatah political party and later the chairman of the Palestine Liberation Organization and former president of the Palestinian Authority.

On 10 November, an explosion in a house in Rafah, southern Gaza, resulted in one person being injured. On 11 November, unknown gunmen allegedly shot and killed a Palestinian male in Gaza city. The motive remains unclear, police are investigating the incident.

On 15 November, an explosion took place in northern Gaza; one militant was killed and three others injured.

On the same day, a dispute between two families in northern Gaza resulted in four injuries.

Being the main breadwinner: in Gaza, a job opportunity is often more than a source of income

38-year old Palestine refugee, Reda Abu Shabat graduated in 1997 from the UNRWA Gaza Training Centre in business and office practices and for the past 18 years has worked as a clerk in an UNRWA Health Centre in Khan Younis, southern Gaza. Reda is the main breadwinner in her family, and with her salary she supports her husband and seven children, three of whom are children with disabilities.

“I love my work because I feel I am a productive person in the community,” Reda said. “My three children with disabilities require a lot more care, time and resources than other children. This job gives me the chance to support them and provide them with a dignified life.”

Reda is proud to have the chance to earn an income and provide for her family, particularly in light of the devastated Gaza economy since the Israeli blockade was imposed in 2007.

Finding and keeping a job is not an easy task in Gaza. After an initial sign of slight recovery in the first six months of 2015, unemployment in quarter three of 2015 has reached 42.7 per cent, a 1.2 per cent increase compared to the previous quarter, according to the Palestinian Central Bureau of Statistics (PCBS).  The situation is worse for women, where the unemployment rate of refugee women in Gaza reached 58.4 per cent in quarter three of 2015 and the rate for female refugee youth is almost 80 per cent. Employment in Gaza is also not always fair in terms of working conditions. PCBS data shows that almost 72 per cent of private sector employees in Gaza receive less than the minimum monthly salary in Palestine (NIS 1,450; approximately US$ 370) and the workforce overall is characterized by informality and high-levels of instability.

For women and men in Gaza, raising a family and planning a stable and secure future for their children in this volatile socio-economic context – aggravated by recurring armed violence, the destruction of infrastructure and interruption of services – is often a far-off dream.

Reda is one of the lucky ones: “This job gives me the chance to take responsibility for my family, but it also helps me to support Palestine refugees in the UNRWA Health Centre, and this is another great chance I have.”

During the reporting week, Israeli forces reportedly fired towards Palestinian fisher boats and Palestinian farmers near the perimeter fence on a regular basis. On 16 November, two Palestinians on their boats reportedly suffered injuries in one of these incidents.

Regular protests in support of Al Aqsa mosque and the West Bank were held in the vicinity of the perimeter fence, yet the overall number of participants and demonstrations related to this issue has slightly decreased compared to the last reporting period. Protests took place east of Bureij camp in central Gaza, east of Gaza city or in Khan Younis, southern Gaza. During these protests, some participants reportedly approached the perimeter fence and threw stones towards Israeli observation posts. Israeli security forces reportedly responded with gunfire and tear gas. A total of approximately 16 persons were reportedly injured due to Israeli gun fire and approximately five are reported to have suffered from gas inhalation.

On 10 November, militants fired one test rocket towards the sea.

On 11 November, militants fired one test rocket towards Israel; it dropped short and landed inside Gaza. No injuries were reported.

On 15 November, four Israeli bulldozers and two tanks entered approximately 100 metres into southern Gaza and Israeli forces conducted a clearing and excavation operation. They withdrew on the same day.

On 16 November militants fired one rocket towards Israel; the rocket dropped short, no injuries were reported.