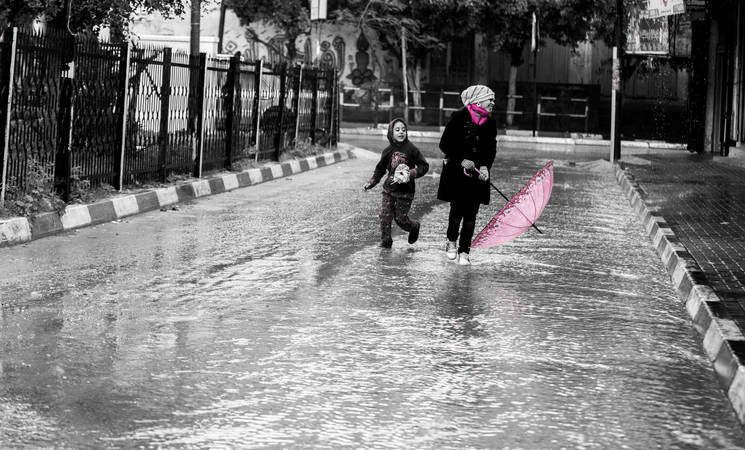 During the reporting week, UNRWA was able to disburse approximately US$ 1.89 million in funding available for reconstruction (US$ 1.52 million) and severe repair works (US$ 360,959). The funds will reach a total of 256 refugee families across the Gaza Strip. The families will be able to access this assistance through local banks next week.

Operational environment: The desperate socio-economic conditions in Gaza, now worsened by harsh winter conditions and a deepening electricity crisis, continue to generate anger and frustration amongst families in the coastal enclave. During the reporting week, protests by hundreds of Palestinians, mainly youth, against developments in the West Bank and at Al Aqsa Mosque continued. Protests also took place in solidarity with the West Bank journalist Mohammad Al Qeeq, who went on a hunger strike in an Israeli jail, by cancer patients for permits to travel through Erez crossing, and against UNRWA by beneficiaries requesting employment and food assistance.

Since 1967, Palestinians in the occupied West Bank and Gaza Strip have been unable to move freely in their own land. Al Jazeera has exemplified the various restrictions Palestinians face by an interactive platform published during the reporting week. The platform shows how for most Palestinians  to go to work, see family, go to school or received life-saving medical care, remains a challenge.

On 25 January, an internal explosion in a house in southern Gaza led to four persons being injured.

A group of approximately 10 refugee women in Deir El Balah launched an initiative to improve the safety and security in their neighbourhood following an accident on Salah El Din Street – one of the main highways leading through Gaza - in which one of their close friends died, presumably also due to lack of street lights on the highway; the highways does not run through the Deir El Balah camp.

The initiative-committee regularly gathers at the Community-Based Organisation (CBO) Rawafed in Deir El Balah which provides them with organizational and technical advice, and the provision of space and campaign material. The Rawafed CBO is supported by the UNRWA Gender Initiative (GI) through various projects.

“When we heard that our friend had died, we immediately suggested launching an initiative, and we started to collect signatures from community members to support us,” recalls initiative-member Warda Abu Rus. “The first challenge we faced is that people said no one would support us or listen to us, especially because we are women,” added her colleague Fatima Abu Safar.

But giving up was not an option for the campaigners, and very quickly the women realized that they needed to be more organized if they wanted to be taken seriously in their efforts to increase the safety for their children and families in the community. While initially it was difficult for them to make their voices heard, over time they have gained the support from community leaders as well as from their own families. Many of their husbands who were opposed to the idea at first now also actively participate in the initiative and provide support.

Besides collecting signatures, the initiators are also sending letters to relevant ministries as well as to the Gaza Electricity Company asking for the provision of street lighting on the part of Salah El Din Street; further, officials of the Gaza Middle Area municipality are now helping them to contact the traffic police to set up speed control check points as well as to organize awareness sessions on safe street crossing for school children and beneficiaries attending CBO activities.

The female campaigners have found themselves empowered through their community work, and many are very grateful for the support they get from the CBO – not just now, but also in the past.

“Without the CBO, you would not find us here today. The CBO helped us to become stronger and gain self-confidence,” explained Amal Khatab, who also participates in the initiative. “When I heard about the accident, I wanted to do something, to act. I visit the CBO regularly; here is where I learned how to write and read. Now I participate in a grass root initiative!” commented Sahar Abu Amra, who actively participates in the GI educational forum activities provided through CBOs, proudly.

Beside the street light initiative, the women also advocate for other issues in their community, such as improving the attitude towards divorced or abandoned women.

“We launched this initiative to improve the safety in our community, but we also want to empower ourselves and other women to become decision makers and advocate for more change,” summarized campaigner Elham Abu Hamad.

Regular protests in support of Al Aqsa mosque and the West Bank were held in the vicinity of the perimeter fence. Protests, involving approximately 400 persons, predominately comprising of youths, took place east of Bureij camp in central Gaza, east of Gaza city, in the vicinity of the Erez crossing and in Khan Younis. During these protests, some participants approached the perimeter fence and threw stones towards Israeli observation posts. Israeli security forces responded with gunfire and tear gas. The Ministry of Health in Gaza reported that a total of 14 persons were injured due to Israeli gun fire and four suffered from gas inhalation.

On 19 January, three Israeli bulldozers entered approximately 100 metres into southern Gaza and conducted a clearing operation, in which two explosive devices were discovered and detonated in the area. On the same day militants fired three test rockets from north of Khan Younis towards the sea.

On 20 January, three Israeli bulldozers entered approximately 100 metres into southern Gaza to conduct a clearing operation. They withdrew on the same day. On the same day militants reportedly fired three test rockets from north of Khan Younis towards the sea.

On 22 January, militants fired two test rockets towards the sea.

On 23 January, militants opened fire towards Israeli troops near the perimeter fence east of Gaza city. Israeli troops responded with heavy fire towards Palestinian areas. No injuries or damage were reported. On the same day militants fired one rocket towards Israel; the rocket dropped short and landed on a house close to the perimeter fence, resulting in minor damage to the house; no injuries were reported.

On 24 January, militants fired five test rockets towards the sea and one rocket towards Israel; the rocket landed in an open area inside Israel. No injuries or damage were reported. As a result of the rocket fire to Israel, the Israeli Air Force responded in the early hours of 25 January by firing one missile targeting a Hamas training site in central Gaza as well as two missiles targeting a militant training area in northwest Khan Younis, southern Gaza. No injuries or damages were reported. Later on the same day militants fired five test rockets towards the sea.

Germany-UNRWA Partnership - Impact in Jordan and Lebanon #forPalestineRefugees
Amid an increase in needs and dependence on aid, UNRWA calls for reliable funding
Statement of UNRWA Commissioner-General to the Advisory Commission Meeting on UNRWA
Statement by UNRWA Commissioner General, Mr. Philippe Lazzarini, to the UN General Assembly’s Fourth Committee
EU support to the education of Palestine refugees
Commissioner-General Report to the UN General Assembly 2013
EU and UNRWA: Together for Palestine Refugees