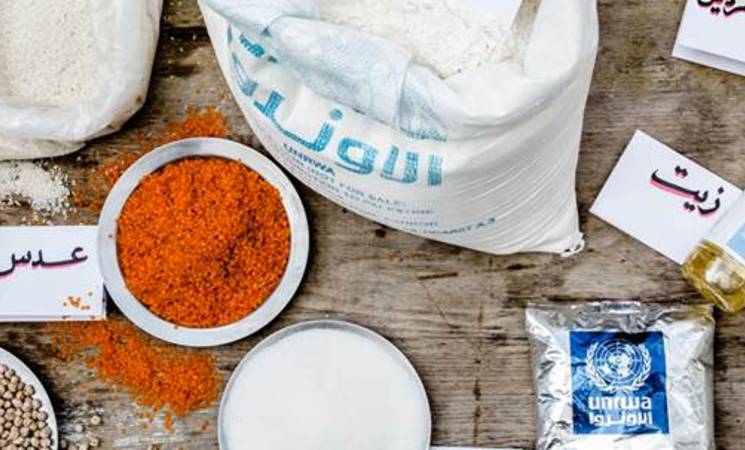 Operational environment: The weekly demonstrations across Gaza and in the vicinity of the perimeter fence involving hundreds of participants, mostly youths, in support of developments in the West Bank and at Al Aqsa Mosque have now gone on for 18 consecutive weeks. This has reportedly resulted in at least 16 fatalities and over 600 injuries since the first incident back in October 2015 (see also Summary of Major Incidents).

High socio-economic instability, the lack of prospects particularly among youths, damaged infrastructure and heavily impaired service delivery (water, electricity) together with an (initially) slow reconstruction process exacerbates anger and frustration among the people of Gaza. The reconstruction process of Gaza is hindered not only by the Israeli blockade on Gaza, but also by donor reluctance to invest in the large infrastructure needed in Gaza. According to the Washington Institute the possibility for renewed conflict between Hamas and Israel – and the past destruction of billions of dollars of infrastructure and housing in Gaza by Israel – allow donors to shy away from investing into large-scale development projects that are needed to improve the situation in Gaza; instead, donors focus mostly on managing the current living conditions -  which are already unbearable for the vast majority of the population.

A number of protests took place during the reporting week, which were mainly associated in solidarity with Palestinian journalist Mohammad Al Qeeq who continues his hunger strike whilst in Israeli detention since the end of November 2015. Popular Refugee Committees held a protest in front UNRWA Field Office in solidarity with Palestine refugees in Lebanon.  Hamas also organized protests in solidarity with the four Hamas militants killed in a tunnel collapse on 2 February (see below), and for the release of four Hamas members allegedly kidnapped in the Sinai, Egypt.

On 2 February, two militants of Al Qassam Brigades, the military wing of the Hamas movement, died due to a tunnel collapse in the Gaza Middle Area.

On 2 February, one Palestinian was arrested at Erez Crossing by Israeli forces.

On 8 February, a tunnel collapsed in Rafah area under the border between Gaza and Egypt, which resulted in the death of one Palestinian.

According to media reports, on 8 February the armed wing of the Hamas movement delivered the death penalty against its member Mahmoud Eshtawi, who was executed the same day. According to the Palestinian Centre for Human Rights, in 2015 nine death sentences were issued in Gaza; in addition, since the start of 2016, four Palestinians in Gaza were sentenced to death after being accused of spying for Israel.

Since 2012 UNRWA has implemented the Real Madrid Foundation sports project for football in various UNRWA schools across Gaza. The Real Madrid project is a social and educational sports project aiming at enhancing refugee children’s sports skills and team spirit, and providing them with a safe space for recreational activities.

“Our goal is to foster social interaction between children through sport and to provide them with opportunities to fill their free time and create new friendships,” explained Jamal Nateel, the sports projects coordinator of the UNRWA Education Programme in Gaza, enthusiastically.

“I want to be a famous football player in the future, I want to be a team player; I love to be involved in a team,” Yousef said. “Participating in this project helped me to better organize my time between school and homework; my family supports me a lot and is very proud of me. They even buy some sports clothes for me!” he added with a big smile on his face.

Yousef lives with his 5 brothers and sisters and parents in the Khan Younis refugee camp. While the family receives UNRWA food assistance on a quarterly basis and benefits from other UNRWA services such as health and education, their socio-economic situation remains difficult. Even more so the family is happy and proud that their son can participate in the Real Madrid sports project which provides him with a safe space to do what he loves most: playing football with his friends.

The Real Madrid project started in 2012 in 15 of 257 UNRWA schools across Gaza, targeting 580 female and male students. 8 of the 15 schools are girls schools and seven are boys schools. Since in Gaza the community does not encourage girls to play football in public places, social and educational sports projects have a particularly positive impact on female students, providing them with an opportunity to play football in a secure, gender-separated environment.

All students participating in the Real Madrid project are trained by 15 professional female and male sports teachers who work with the children twice a week throughout the school year.

Regular protests in support of Al Aqsa mosque and the situation in the West Bank were held in the vicinity of the perimeter fence. Protests, involving approximately 300 persons, predominately youths, took place east of Bureij camp in central Gaza, east of Gaza city, in the vicinity of the Erez crossing and in Khan Younis. During these protests, some participants approached the perimeter fence and threw stones towards Israeli observation posts. Israeli security forces responded with gunfire and tear gas. The Ministry of Health in Gaza reported that a total of seven persons were injured due to Israeli gun fire and one suffered from gas inhalation.

On 3 February, two Israeli bulldozers and four tanks entered approximately one hundred meters east of Khan Younis area in southern Gaza to conduct a clearing and excavation operation. They withdrew on the same day.

On 3 February, militants fired one rocket from Maghazi area in central Gaza towards Israel. The rocket dropped short and landed near the perimeter fence in a Palestinian area. No injuries or damage were reported.

On 4 February, four Israeli bulldozers entered approximately 100 meters into Rafah area, southern Gaza, to conduct a clearing and excavation operation. They withdrew on the same day.

On 8 February, militants fired one test rocket from northern Gaza towards the sea.