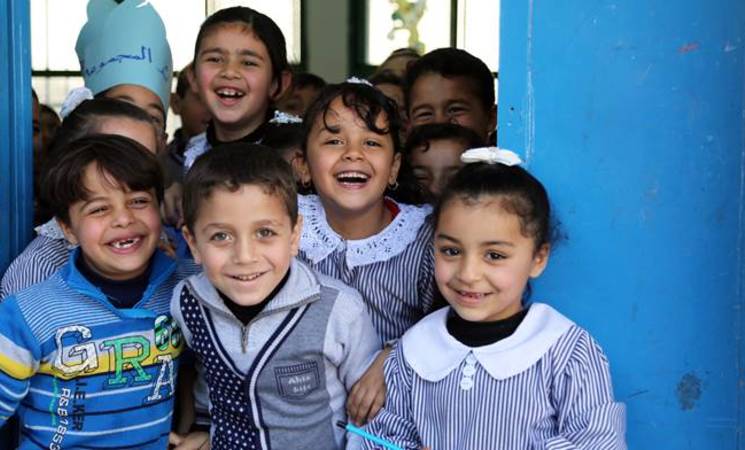 Operational environment:  Regular demonstrations were held in Gaza during the reporting week, predominantly regarding the alleged pumping of water by the Egyptian authorities along the Gaza-Egypt border, requests for shelter, perceived service cuts and the pace of the Gaza reconstruction process.

Demonstrations were also held in support of Al Aqsa mosque and the situation in the West Bank (see also Summary of Major Incidents). On 25 March, approximately 5,000 persons participated in a solidarity rally in Jabalia camp, northern Gaza.

On 22 March, Hamas members also gathered in Gaza city to mark the 12th anniversary of the assassination of Hamas leaders Ahmad Yasin and Abded Al Aziz Al Rantisi. On 27 March, Al Ahrar movement held a military funeral procession in Gaza city for one of its members who died in a car accident. Approximately 500 persons attended the funeral.

On 23 March, a 16-year old Palestinian boy died reportedly due to an electrical shock in his house in Gaza city. On the same day, a fire broke out in a commercial store close to the UNRWA West Distribution Centre in Rafah, southern Gaza, which resulted in extensive damages. The flames threatened to spread to the UNRWA Distribution Centre, however, this was prevented due to swift action from UNRWA guards.  No injuries were reported.

“With the tablet, I feel like a teacher is always with me”
UNRWA Rehabilitation Centre for Visually Impaired provides tablets for its students

In the beginning of March 2016, the UNRWA Rehabilitation Centre for Visually Impaired (RCVI) in Gaza city introduced computer tablets for 51 of its own students, and 166 students with low vision integrated in UNRWA schools, under the vision project. The vision project aims at developing and increasing the possibilities of visually impaired students to learn and study and therefore contributes to the Sustainable Development Goals number 4 – ensuring quality education – and number 10 which refers to working towards reducing inequalities.

13-year old Mariam Abu Shawish is one of the students in the RCVI who recently started to work with a computer tablet.

“The tablet makes it easier for me to study and learn, also because now I do not have to carry around heavy books and notebooks every day,” she said proudly. “With the tablet, I feel like a teacher is always with me,” she added. When she graduates from RCVI, Mariam hopes to complete her education in one of the universities in Gaza and become an Arabic teacher, the same as her sister who also graduated from RCVI and today works as a teacher.

“I turn on my tablet and choose the lesson I want to study, and then I choose different voices to read the material out loud for me,” Mariam explained.

To be able to use tablets, visually impaired persons rely on text-to-speech software to access electronic text documents.  The students in RCVI use the Voice Dream Reader app, a remarkably well developed self-voicing app for operating system (OS) devices that reads documents in many different formats out loud.

The tablet and the Voice Dream Reader app provide visually impaired students with a new chance to develop their skills, particularly the ones who were once visually impaired and over time fully lost their sight and face difficulties with using braille, explained senior RCVI teacher Hatem Hamdan. “The tablet reduces time and effort for the students to read and study,” he added.

Prior to the introduction of the tablets, UNRWA also trained 31 RCVI and Special Education Needs teachers on the use of the tablets and the “Voice Dream Reader”-software to support and encourage their students.

After graduation, all students will be fully granted a tablet computer once they have developed the appropriate skills and knowledge via the trained teachers on how to use it independently, also in their homes.

The RCVI is part of the UNRWA Relief and Social Services Programme (RSSP) and offers education and recreational activities for visually impaired children aged between six and 12 years old. It is the only centre in Gaza providing these types of services to a total of 465 students studying in the RCVI and in UNRWA schools.

The main donor to the vision project is the registered UK charity Interpal.

Protests in support of Al Aqsa mosque and the situation in the West Bank were held across Gaza and in the vicinity of the perimeter fence. Protests near the perimeter fence, involving approximately 270 persons, predominately youth, took place east of Bureij camp in central Gaza, east of Gaza city, and in the vicinity of the Erez crossing. During these protests, some participants approached the perimeter fence and reportedly threw stones towards Israeli observation posts. Israeli security forces reportedly responded with gunfire and tear gas. As a result, the Ministry of Health reported that six Palestinians were injured, two of them from gas inhalation.

On 22 March, militants reportedly fired one test rocket from southern Gaza towards the sea. No injuries were reported.

On 23 March, seven Israeli bulldozers reportedly entered approximately 100 metres into northern Gaza to conduct a clearing and excavation operation. They withdrew on the same day.