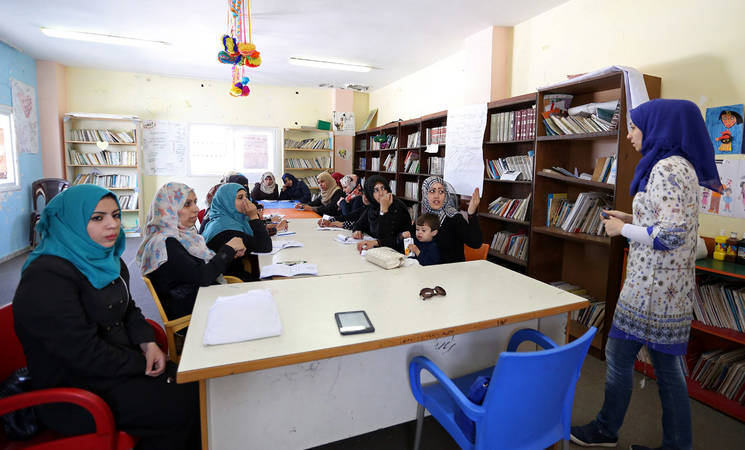 Operational environment: During the reporting week, protests and demonstrations took place across Gaza, predominantly in solidarity with Palestinian prisoners in Israeli jails and in solidarity with Syrians in Aleppo. Other demonstrations were held regarding facilitation of travel for medical treatment for injured persons and those with special needs, in support of reconciliation between different Palestinian factions, to celebrate International Labor Day and in support of developments at Al Aqsa Mosque and in the West Bank (see Summary of Major Incidents).

On 26 April, members of one family reportedly held protests, burned tires and opened fire in the air in Gaza City. The protests were allegedly held to demand the execution of the person arrested for the killing of a family member on 21 April. The police reportedly intervened and dispersed the protestors. No injuries were reported.

On 27 April, two Palestinians were arrested by Israeli forces when they reportedly attempted to cross into Israel through the perimeter fence.

On 27 April, an explosion reportedly occurred in a residence in the Gaza area; one person was reported as injured.

On 27 April, two persons reportedly held a sit-in and started a hunger strike in Gaza City. They demanded the government to provide them with a job opportunity. One of the protesters reportedly left the same day, the other person continued the sit-in and hunger strike for six days until 2 May.

On 30 April, four Palestinians were arrested by Israeli forces when they reportedly attempted to cross into Israel through the perimeter fence.

On 1 May, during an activity organized by the Fatah movement in Jabalia camp, northern Gaza, to mark the 27th anniversary of the assassination of Fatah leader Khalil Al Wazir, an internal dispute allegedly occurred. No injuries were reported.

On 2 May, an explosion reportedly occurred in and area east of Jabalia camp, northern Gaza. One person was killed and two injuries were reported.

“It’s all about people” The UNRWA social intervention unit

With passion and a strong belief in the impact of her own work, 36-year old Sabrin Abu Hasoun takes on the everyday challenges of her job with a positive attitude.  She is convinced that her work as Social Intervention Supervisor(SIS) for the UNRWA Relief and Social Service Programme (RSSP) office in Rafah, southern Gaza, is substantial to create positive change in other people’s lives.

“What motivates me is to see the changes and improvements in other people’s lives through my work,” Sabrin, who dreamt becoming a Social Worker since a very young age, stated.  “I believe social work is one of the best forms of humanitarian work; it is all about people and how to help them get a better and more secure and stable life.”

The RSSP Social Intervention Unit (SIU) was established in 2011 and works with a wide-range of partners – such as community-based organizations, non-government organizations or community groups -  to assist beneficiaries in need. Through the unit and through RSSP in general, UNRWA aims to achieve positive change on the individual, family and community level, promoting the development of the overall community and self-reliance of less advantaged members of the Palestine refugee community – especially women, children, persons with disabilities or the elderly.

“Besides interventions, we also work on prevention and implement workshops and awareness sessions for the community on GBV, positive forms of stress release or psycho-social support for children and their mothers, “ Sabrin explained.

Cases in need of protection and intervention are usually detected through self-reporting and through home visits by RSSP social workers (through PAS), or they are referred to the Social Intervention Unit by other UNRWA programmes.

“When I am working as a case manager, I usually ask them from where they know about the UNRWA social intervention unit; most of them say they know someone who has received support from us. This makes me happy and proud, and I feel my work has value and impact,” Sabrin recalled.

Protests in support of Al Aqsa mosque and the situation in the West Bank were held across Gaza and in the vicinity of the perimeter fence. Protests near the perimeter fence, involving approximately 180 persons, predominately youth, took place east of Bureij camp in central Gaza, east of Gaza city, and in the vicinity of the Erez crossing. During these protests, some participants approached the perimeter fence and reportedly threw stones towards Israeli observation posts. Israeli security forces reportedly responded with gunfire and tear gas. The Ministry of Health reported that three Palestinians were injured as a result, two of them reportedly from gas inhalation.

On 30 April, Israeli forces reportedly opened fire towards Palestinian areas east of Rafah; a woman was reported as injured as she fell on the ground while fleeing.