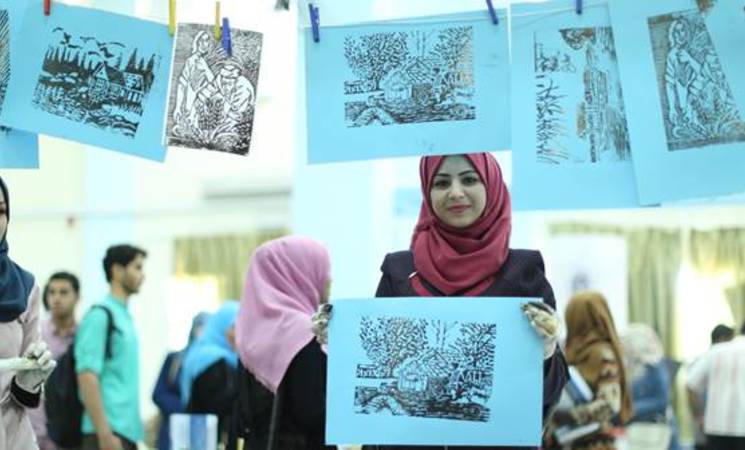 Operational environment: Regular protests took place during the reporting week, predominantly with protestors demanding the payment of their salaries from the Palestinian Authority, the creation of job opportunities, the end of internal Palestinian divisions or in solidarity with Palestinian hunger strikers in Israeli jails. Demonstrations were also held to demand housing or financial compensation from UNRWA.

On 25 May, a brawl allegedly erupted between two street traders who worked near the UNRWA Nuseirat and Bureij Food Distribution Centre (DC) in central Gaza. The DC was temporarily closed after 10 family members of one trader chased the other trader through the streets and through the DC’s back gate. Operations resumed after the traders had left the scene.

On 27 May a 52-year old Palestinian male was reportedly found killed with a knife in his house in southern Gaza. The police opened an investigation.

On 29 May, a beneficiary threatened an UNRWA staff member in the Bani Suhaila Food Distribution Centre (DC) in Khan Younis, southern Gaza, using his pistol outside UNRWA premises after an altercation happened between him and the acting DC supervisor regarding the delivery of food assistance to the beneficiary on behalf of his father. No damages or injuries were reported.

On 26 May, one person reportedly died due to an electrical shock received in a hotel in southern Gaza.

On 30 June a fire broke out in a house in Khan Younis, southern Gaza, reportedly due to the misuse of candles. The house sustained damage but no injuries were reported.

“The creative side of Gaza”: The UNRWA Gaza Training Centre displays the work of its graphic design students

Unemployment in Gaza has been consistently high over the past two years, and the Gaza Strip is considered as having one of the highest joblessness rates in the world. In 2015, the overall youth unemployment rate stood at 61 per cent, and the youth female unemployment rate at 78.5 per cent, according to the Palestinian Central Bureau of Statistics.

UNRWA tries to mitigate the impact of these dire circumstances through various employment-related interventions, for example through vocational and technical training for youth refugees to provide them with technical and soft skills and knowledge to increase their chances in the competitive Gaza job market.

On 30 May 2016, the UNRWA Gaza Training Centre (GTC) in Gaza city opened its “photo and story” exhibition in the GTC’s conference hall, showing the work of the centre’s first year graphic design students during the scholastic year 2015-2016.

19-Year-old student Doa’a Foujo participated in the exhibition with her design product titled “Just a dream.”

“I wanted to participate to break my fear of showing and displaying my work and introducing and presenting myself to others,” Doa’a explained. “It is the first time I have participated in an exhibition and I feel excited to show my design to my friends, family and teachers,” she added.

A total of 21 male and female students participated, exhibiting drawings and designs - ranging from paintings, cups, collages, to brochures or wood cut printings -  with each product aiming at telling a story.

With the exhibition, the UNRWA GTC also attempted to show the other face of Gaza: “Gaza is not all only about conflict and poverty; there are many creative people living in the enclave, particularly youth and we provide them with an opportunity to express themselves,” explained Mohammed Al Halabi, the technical instructor of the GTC graphic design course.

The UNRWA GTC was established in 1953 with a view to provide youth refugees with skills-based training and assist them in finding meaningful employment opportunities, increase their chances in the local job market and help develop the local economy.

Doa’a clearly sees her graphic design training as an opportunity to increase her chances to find employment. “Gaza has been living under a blockade for almost ten years, and job opportunities are rare; I chose to study graphic design because salaries for graphic designers tend to be high, and it is easier to find work as graphic designer than in other sectors because basically everything in our daily life is design, and I will also be able to work via the Internet,” she said, and added:  “I hope my designs will reach the world.”

On 27 May, approximately 50 civilians, including youth, held a protest near the perimeter fence east of Bureij camp in central Gaza, expressing their eagerness to defend Al-Aqsa Mosque and in solidarity with Palestinians in the West Bank. During the protest some participants approached the perimeter fence and reportedly threw stones towards Israeli observation posts. Israeli security forces reportedly responded with tear gas. No injuries were reported.

On 25 May, militants reportedly fired four rockets from central Gaza towards Israel; three of them reportedly dropped short and landed inside Gaza area and the fourth reportedly landed in an open area in Sha'ar HaNegev Regional Council in Israel. No injuries were reported.

On 26 May, the Israeli Air Force reportedly fired one missile targeting a Hamas military site, west of central Gaza. No injuries were reported.

On 29 May, militants reportedly fired three test rockets from southern Gaza towards the sea. No injuries or damage were reported.

UNRWA is confronted with an increased demand for services resulting from a growth in the number of registered Palestine refugees, the extent of their vulnerability and their deepening poverty. UNRWA is funded almost entirely by voluntary contributions and financial support has been outpaced by the growth in needs. As a result, the UNRWA Programme Budget, which supports the delivery of core essential services, operates with a large shortfall, projected for 2016 to stand at US$ 74 million. UNRWA emergency programmes and key projects, also operating with large shortfalls, are funded through separate funding portals.