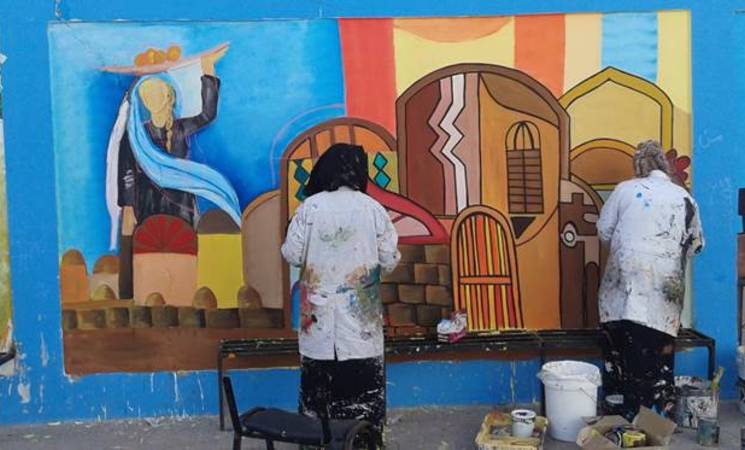 In June 2016 the blockade on Gaza has entered its tenth year. The United Nations has repeatedly highlighted the illegality of the blockade as a form of collective punishment under international humanitarian law and called for the lifting of the blockade, which continues to hamper freedom of movement of persons and goods negatively impacting the enjoyment of a range of rights, including sufficient and safe drinking water and adequate sanitation, food security and life-saving treatment including health care. The Government of Israel must lift the blockade, and remove all obstacles to economic development and the enjoyment of human rights by the population of Gaza, including through the opening of available crossings and allowing movement of goods and persons, while bearing in mind Israel's legitimate security concerns.

Operational environment:  Frequent protests took place during the reporting week, mostly to demand the payment of salaries from the Palestinian Authority. Protests were also held to demand compensation for shelter from UNRWA. In addition, on 31 May a protest was held at the Gaza mina (port in Gaza city) to mark the 6th anniversary of the Marmara incident which reportedly resulted in the death of nine Turkish activists trying to bring humanitarian goods to the Gaza Strip.

On 31 May, the Ministry of Interior in Gaza announced that in the early morning of the same day police had implemented the execution sentence of three Palestinians convicted of murder.

On 31 May, a Palestinian was arrested by Israeli forces after reportedly attempting to enter Israel through the perimeter fence east of Bureij camp in central Gaza.

On 2 June a pipe bomb was reportedly thrown and exploded next to a house in Shujjaiya in eastern Gaza city. No injuries or damage were reported. The motive behind the incident is reportedly an old family dispute. On the same day, an UNRWA beneficiary from Maghazi camp in central Gaza reportedly managed to enter inside the visitor’s room at the Gaza Field Office, demanding the Agency to provide him with temporary shelter cash assistance. He also threatened to set himself on fire. The security guards succeeded to control the situation by calming the person and confiscating the fuel bottle and a lighter. No injuries were reported.  Also on 2 June a fire reportedly broke out inside a furniture and wood store in Maghazi camp in central Gaza. No injuries were reported but the store sustained severe damages.

On 3 June, an Improvised Explosive Device (IED) reportedly exploded in front of a residential house in Nuseirat camp in central Gaza; the explosion reportedly caused damage but no injuries. The police opened an investigation.

Also on 3 June, an Unexploded Ordnance (UXO) reportedly exploded on a plot of land in Khan Younis, southern Gaza, while a group of Palestinians were working on the land. No injuries were reported. On the same day, two Palestinians girls aged 17 and 20 years were reportedly moderately injured and admitted to the hospital after being hit by stray bullets from an unknown source during their stay at the Rafah seashore. The police arrived to the scene and opened an investigation.

On 4 June, a fire started inside a house in Khan Younis, southern Gaza, reportedly due to misuse of coal fire for barbecue. The house sustained damage but no injuries were reported.

On 5 June, unknown persons in a speeding vehicle threw a sonic bomb at guards at the UNRWA HQ in Gaza city. No injuries were reported. On the same day, a fire broke out in a workshop in Deir El Balah, central Gaza, reportedly due to an explosion of a motorcycle fuel tank. Two injuries were reported and the workshop burned down entirely. 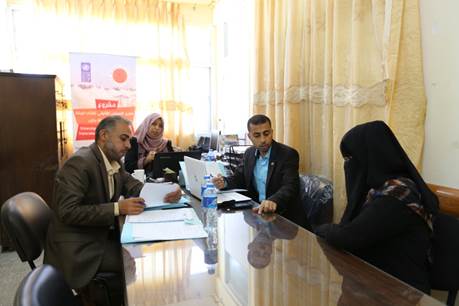 To help vulnerable women understand and claim their rights, and to strengthen their access to justice, the UNRWA Relief and Social Services Programme in 2006 established legal units in its Women Programme Centres (WPC) in the eight official refugee camps in Gaza.

Forty-six year old Fadwa approached the UNRWA legal unit in the WPC in Nuseirat camp, central Gaza, six months after her divorce to seek legal advice. “An awareness session about women rights in the Women Programme Centre made me aware of the legal unit,” she explained. “The legal unit helped me a lot; they provided me with free legal consultation and arranged for representation in court.”

UNRWA legal units operate from within WPCs; in each unit work three lawyers, hired through the Agency’s Job-Creation Programme. They provide a variety of services to refugee women in Gaza, such as free legal consultation, help with representation in court, or they refer cases to appropriate professional institutions such as international and local non-government organizations.

“When I and my husband divorced, he refused to respect my rights, and he did not allow me to see my children,” Fadwa said. “As I don’t have money to approach private lawyers, I was advised to seek help at the legal unit of the UNRWA Women Programme Centre and they supported me.”

The support received through the legal units is very good and professional, explained another woman, 38-year old Reem, who also approached the legal unit in a similar divorce case eight months ago. “I am now able to see my children, and I could reclaim my rights,” she confirmed.

On average, the legal unit in Nuseirat camp manages around 30 cases per month; in addition, the unit also tries to actively reach out to women in the community, for example through awareness sessions and workshops, to encourage women to step up and seek support and help.

“I left my husband because he beat me; I felt very alone in the beginning, not knowing my rights or where to go,” recalled 32-year old Amal. “I then approached the legal unit, and now, by knowing my rights and how to claim them, I feel much braver and stronger. My message to all women in a similar situation is: don’t be afraid to ask for your rights,” she added.

On 3 June, approximately 30 civilians including youth, held a protest near the perimeter fence east of Gaza city to express their eagerness to defend Al Aqsa Mosque and in solidarity with Palestinians in the West Bank. During the protest some participants approached the perimeter fence and reportedly threw stones towards Israeli observation posts. Israeli security forces reportedly responded with tear gas and gun fire. The Ministry of Health reported that one Palestinian was injured as a result.

On 31 May, seven Israeli bulldozers and three tanks reportedly entered approximately 150 metres into northern Gaza to conduct a clearing and excavation operation; they reportedly withdrew on the same day.

On 1 June, four Israeli bulldozers reportedly entered approximately 100 meters into southern Gaza, to conduct a clearing and excavation operation. They withdrew on the same day.

On 6 June, five Israeli bulldozers reportedly entered approximately 80 meters into Gaza areas east of Gaza city, reportedly to conduct a clearing and excavation operation. They withdrew on the same day.

UNRWA is confronted with an increased demand for services resulting from a growth in the number of registered Palestine refugees, the extent of their vulnerability and their deepening poverty. UNRWA is funded almost entirely by voluntary contributions and financial support has been outpaced by the growth in needs. As a result, the UNRWA Programme Budget, which supports the delivery of core essential services, operates with a large shortfall, projected for 2016 to stand at US$ 74 million. UNRWA emergency programmes and key projects, also operating with large shortfalls, are funded through separate funding portals.