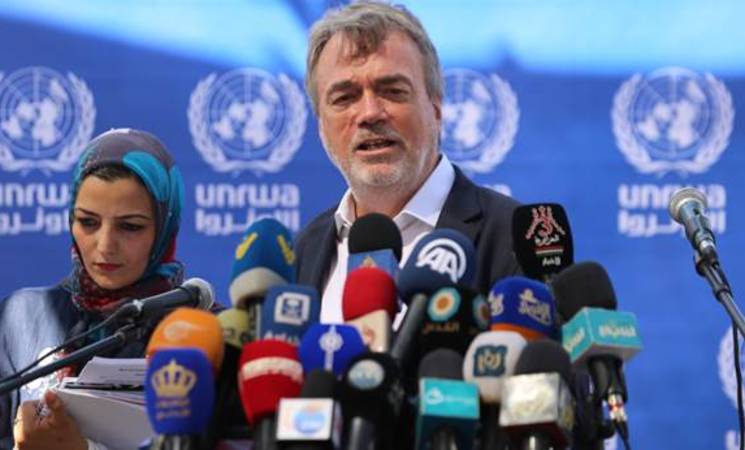 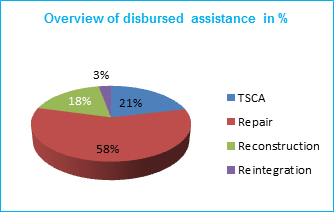 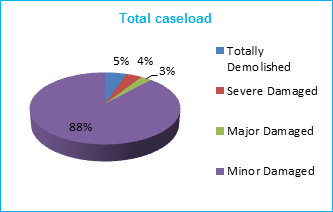 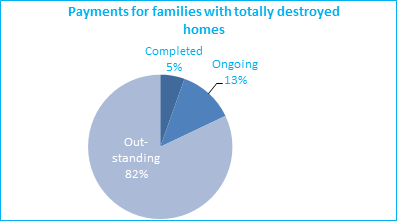 UNRWA has secured funding to reconstruct 1,900 totally destroyed homes. Residential reconstruction has been delayed due to initial delays in agreeing a formula to import construction materials under the Gaza Reconstruction Mechanism, complex documentation requirements related to proving title to land, obtaining building and municipal permit, as well as funding shortages in the longer term. For all reconstruction, UNRWA prioritizes families based on poverty status (an excellent indicator for vulnerability in this context) and larger families, unlike other reconstruction actors in Gaza.  In order to mitigate the barriers these families face in particular, UNRWA outreach engineers assist eligible families in gathering relevant documentation. 28-year old Abdallah Ghazal has been working as an engineer in the UNRWA Infrastructure and Camp Improvement Programme (ICIP) for one year. He is placed in the UNRWA maintenance office located in Jabalia camp, north of Gaza city, from where he provides support to refugees whose homes were totally destroyed or damaged during conflicts.

Through regular outreach visits, he conducts damage assessments and ensures affected families are informed about what documents they need to submit to be able to receive payments from UNRWA and access construction material. Has a family already started with reconstruction or repair works, Abdallah continues his regular visits to evaluate and monitor the reconstruction progress, a prerequisite for families to receive future instalments to continue the works.

“Through my work, I support affected families to return to their homes; we engineers ensure that they receive the right information at the right time, empowering families to make informed decisions,” Abdallah said.

Families usually approach the ICIP area office and inform the programme about their affected homes and need for assistance; engineers like Abdallah then go to visit the homes and assess the level of damage – categorizing it into minor, major or severe damage or totally destroyed. ICIP then submits the case through the Gaza Reconstruction Mechanism to the Palestinian and Israeli Governments for approval. Once approved, families are able to purchase the approved quantity of construction material from approved vendors, with payments provided by UNRWA.

Mohammad Saleh’s family home was totally destroyed and Abdallah helps him to manage the reconstruction process. One month ago Mohammad received his second payment from UNRWA after the construction progress had been assessed by Abdallah.

“I visit Abdallah in his office on a regular basis, he is used to answer all my questions and guide me through the procedures; without him I would be lost,” Mohammad commented.

“When I see families rebuilding their homes, this makes me happy, and I feel I achieved something big,” Abdallah added. “We engineers also regularly participate in community meetings to ensure the continuous flow of information about the reconstruction process and UNRWA’s services to the people.”

The ICIP was established to improve the living conditions of Palestine refugees through the planning, design and construction of UNRWA facilities, shelters, schools and health centres, as well as through comprehensive planning for the environmental health sector. ICIP offers technical assessments and follows up on construction in order to mitigate the immediate effects of emergencies. This involves reconstructing shelters for Palestine refugee families who become homeless when their shelters are destroyed by Israeli military operations or natural disasters.