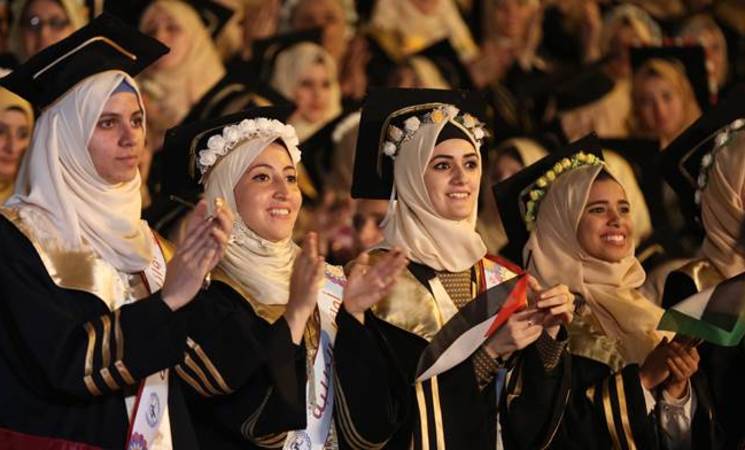 A detailed shelter update will be provided in the next Gaza situation report.

“Don’t depend on others, start your own project”: Microfinance Programme supports self-reliance and independence of Palestine refugees amidst economic crisis

59-year-old Palestine refugee Fadwa Abu Shaieb lives in Al Tufah area, in eastern Gaza city. Since 2007, when she got her first loan, she has been a client of UNRWA’s Microfinance Programme in Gaza. Back in 2007, her business consisted of selling pets – mostly rabbits and birds – to Gazans. However, she lost all her animals during the 2008 conflict in Gaza, and her business went bankrupt. Four years later Fadwa tried again and received another loan from UNRWA to open an embroidery project.

“My husband has cancer, and I am the main breadwinner in the family. My business is our own income source – and it also provides income to my two married daughters as well as my two daughters-in-law, who all work with me,” Fadwa explained.

Fadwa uses the loans from UNRWA to buy raw materials out of which she produces products that she sells to re-sellers. Despite the collapsed Gaza economy and sky-rocketing high unemployment and poverty rates due to the Israeli blockade, her business improved over the years. While she worked alone in the beginning, today she can offer a small income source to four other women.

“Every month, I divide the money I earned into two parts: one part to buy more raw material and the other for my salary and the salaries of my daughters and daughters-in-law,” she said proudly.

“I benefit from my business not only in terms of financial means, this project also gives me the chance to network, to get to know people and improve my trading and business skills. Other women recognize and appreciate me as a strong and independent woman. My advice to them: don’t depend on others, start your own project even if it is small and simple,” Fadwa said.

UNRWA launched the microfinance initiative in the occupied Palestinian territory (oPt) in the early 1990s and expanded operations to Syria and Jordan in 2003. Since 1991, the Microfinance Department (MD) disbursed almost 400,000 loans worth US$ 440 million; in Gaza alone, the MD issued over 112,000 loans worth almost US$ 132 million; approximately 41 per cent of the benefiting business owners are female and 28 per cent are 30 years old or younger. With its credit products, UNRWA targets the needs of the entrepreneurial and unbanked sector of the community, including low-income Palestine refugees and working class families, to give them a chance to improve their living conditions and provide for health and educational needs of their families. The MD also provides fresh graduates, university students and professionals with different technical training, some of which focus on "Job Hunting", "Project Management" and "Gender Awareness". 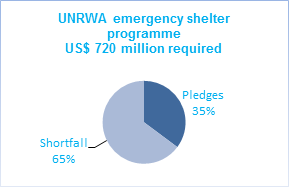