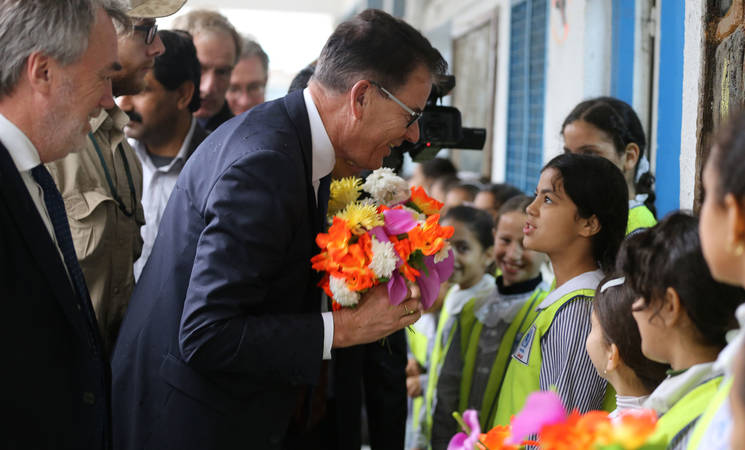 A comprehensive shelter update will be provided in the next situation report.

Civilians, mostly youth, continued to protest near the perimeter fence expressing their eagerness to defend Al Aqsa Mosque and in solidarity with Palestinians in the West Bank. When some of them approached the perimeter fence and threw stones towards Israeli observation posts, Israeli forces responded with gun fire and teargas. One person was injured. Various other protests were held during the week, in solidarity with Palestinian prisoners in Israeli jails, for the International Day of Persons with Disabilities and International Day of Solidarity with the Palestinian People.

Four Israeli bulldozers and three tanks entered approximately 70 metres into Gaza to conduct a clearing and excavation operation. They withdrew on the same day.

During the reporting period a fire broke out in a residential house east of Rafah, southern Gaza. No persons were injured. In total one person was killed and one was injured during a family dispute in Nuseirat, south of Gaza City. Police opened an investigation. One Palestinian woman was injured as a result of a celebratory gunfire shot in Rafah, southern Gaza. One Palestinian attempted to enter into Israel through the perimeter fence east of Rafah and was arrested by Palestinian forces. Four Palestinians, who have been trapped inside a tunnel since 27 November east of Rafah, were found dead.

During an awareness session about early marriage and gender-based violence: “How can women become Prime Minister, if they still face violence at home?” 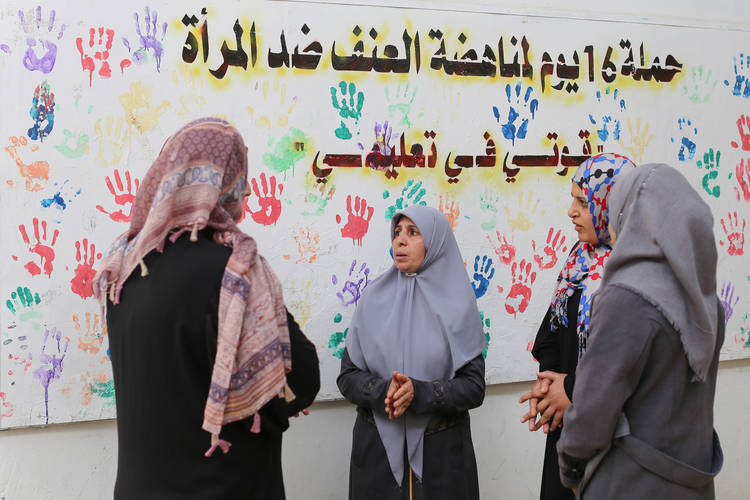 A group of women discussing the 16 Days of Activism against Gender-Based Violence Campaign in a front of a banner about the campaign saying ‘my education is my power’ in Gaza City. © 2016 UNRWA Photo by Tamer Hamam

25 November marked the beginning of the annual 16 Days of Activism against Gender-Based Violence (GBV) Campaign. UNRWA has joined more than 5,000 UN agencies, organizations, governments and countless individuals to raise awareness on violence against women.

As part of a series of activities during these 16 days the UNRWA Women’s Programme Centres (WPC), part of UNRWA Relief and Social Service Programme (RSSP) conducted an awareness session on 4 December about early marriage and Gender-Based Violence (GBV) for 40 women in eastern Gaza. This session is one of 21 sessions conducted by the Women’s Programme Centres targeting over 800 women and men across the Gaza strip.

At the beginning of the session a short video is shown to the women about early marriage, followed by a discussion on the topic. This encourages the women to tell their stories and their experiences with early marriage and GBV.

Ala’a, 21 years old, was one of the participants in the session. She married and became a mother when she was only 15 years old. She also faced violence from her husband. Ala’a came to the session because she wants to know more about how to prevent early marriage. She doesn’t want her daughter to live through the same experience as she did.

“This session is important for me. How do you want women to become Prime Minister or Member of Parliament, if they can’t access their rights and face violence at home? The lack of education is one of the main reasons for women’s suffering in the community,” Ala’a said.

During the session lawyer Hayat Mahmoud conducted an interactive exercise with the women about the different roles for women and men to explain what gender means and what the difference is between gender - linked to social roles - and sex – linked to biological features. At the end of the session a video was displayed on women’s success stories.

“The main goal of this session to understand that each of you can make a change, even if it’s a small change. Education is women’s weapon against violence and early marriage,” Hayat stated during the session.

The annual 16 Days of Activism against Gender-Based Violence Campaign is a top priority for achieving the UNs founding mission of peace, development and Human Rights.  It is as important a goal for men and boys as it is for women and girls. The 2016 theme, “From Peace in the Home to Peace in the World: Make Education Safe for All” speaks significantly to UNRWA work in Gaza. At the same time it provides an opportunity to look at how the Agency can offer tools and information to the refugee community on this important issue in a better way in the future.