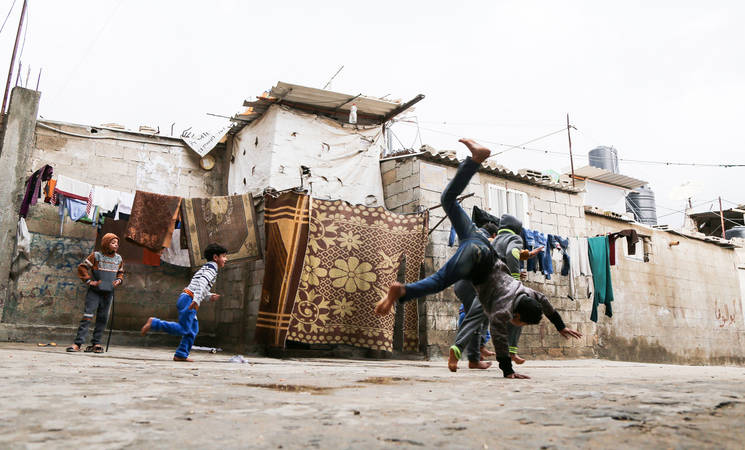 UNRWA was able to disburse over US$ 3.4 million for the fourth quarter 2016 rental subsidy payments to still displaced Palestine refugees. The funds reached 5,400 families across the Gaza Strip; they were able to access their assistance this week. With this payment UNRWA managed to pay all 2016 quarterly rental subsidy payments to eligible, still displaced Palestine refugees in Gaza.

Various other protests were held during the week, predominantly against further electricity cuts.

Fire broke out inside two residential houses in two different occasions due to the misuse of candles or a short circuit. Both houses sustained damage and three injuries were reported.

Heyam Al Louh during the 2017 UNRWA Emergency Appeal launch: “I would call myself a business woman, however, that does not mean that I actually earn enough income” 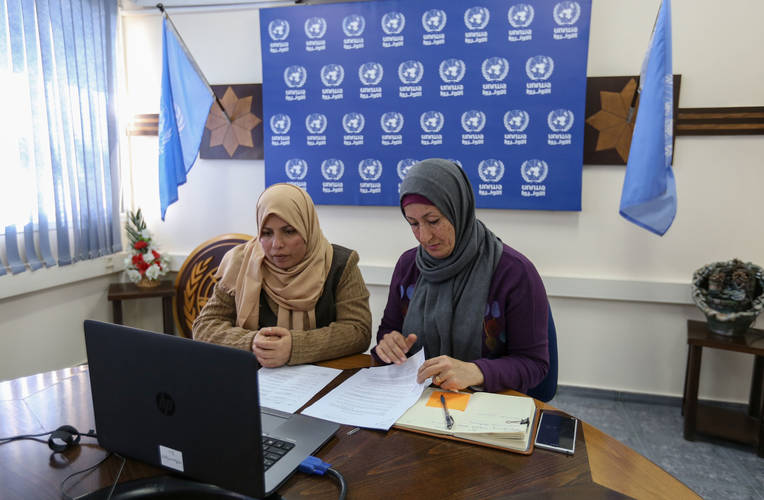 On 10 January, UNRWA launched its 2017 Emergency Appeal for the occupied Palestinian territory (oPt) in Aida Boys School in Aida Camp in Bethlehem. Both Directors of UNRWA Operations in Gaza and the West Bank, Mr. Scott Anderson and Mr. Bo Schack, were present at the launch and briefed the audience  - UNRWA senior staff, donor and media representatives as well as heads of UN agencies, on the various humanitarian needs in the oPt.

Mr. Bo Schack said during his statement: “Palestine refugees are becoming increasingly vulnerable in their societies and communities under occupation and blockade in the West Bank and Gaza.” He also added, “2017 will be difficult but hopefully it also involves new opportunities and further support by our generous donors; emergency assistance provided by the Agency plays a key role in meeting the urgent needs of Palestine refugees, which in turn significantly contributes to maintaining stability in a volatile region.”

Also two UNRWA beneficiaries – one from the West Bank and one from Gaza – participated in the launch. From Gaza, Heyam Al Louh, a 42-year-old widowed Palestine refugee, participated through video conference as she was prevented from traveling to the West Bank to attend in person due to the blockade and its severe movement restrictions.

Heyam received UNRWA services throughout her life, predominately in health and education; in 2016, she also participated in the Female Headed household project implemented by the UNRWA Gender Initiative which consists of business training in self-development, financial literacy and household management. Shortly after completing the training, together with her brother she opened a detergent manufacturing workshop; the business quickly became the main source of income for herself and her eight children.

“Although I was hit by a terrible tragedy two years ago [her husband was killed during the 2014 conflict], I managed to become stronger and I will keep trying everything I can to survive, and provide for my family. In addition, UNRWA has supported me and my family with food assistance for the past two years. Without it, my children would go hungry,” Heyam commented. “However, I never sat idle at home, waiting for someone to help me. I do everything I can to help myself. Today, I would call myself a business woman, however, that does not mean that I actually earn enough income,” she added during her statement.

With the launch of the UNRWA Emergency Appeal, the Agency aimed to create a human connection between the donors and Palestine refugees and to showcase the unique contribution of UNRWA in serving Palestine refugee communities. It also highlighted UNRWA’s role both as a first responder to emergency situations as well as a steadfast partner in long term human development work. For the last 16 years UNRWA has had no option but to provide emergency humanitarian assistance to address the devastating effects of a protracted crisis that continues to exact devastating human, economic and social costs for the Palestinian population who are forced to endure conditions of insecurity and enforced poverty. Through the emergency appeal UNRWA provides different services including food assistance, Cash-For-Work, Summer Fun Weeks, Transitional Shelter Cash Assistance, the Summer Learning Programme and many other initiatives.