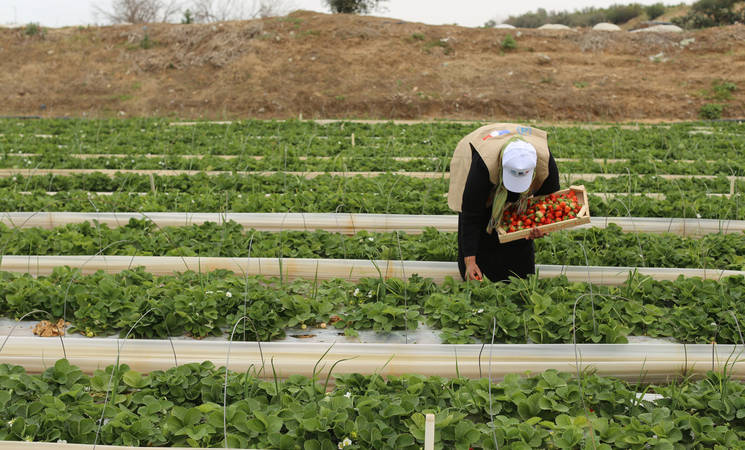 Various other protests were held during the week, predominantly against further electricity cuts.

Militants fired two test rockets towards the sea; no injuries were reported.

Unknown persons detonated an Improvised Explosive Device (IED) in front of a Fatah leader’s house in Gaza city. Minor damaged was caused. Another IED exploded under a vehicle belonging to a member of the Al Qassam Brigades (the military wing of the Hamas movement). One injury and minor damage were reported, and in a third incident, unknown persons threw a stun grenade in front of a Fatah leader’s house; the grenade caused damage to the house but no injuries. Further, a 27-year old Palestinian man was stabbed as a result of a family dispute; a 18-year old girl was seriously injured as a result from the mishandling of a weapon, and a 11-year old boy was found hanged inside his house; the background of the incident is unclear.

Suhair Al-Rass: Through my work, I help ensure the safety of staff and visitors 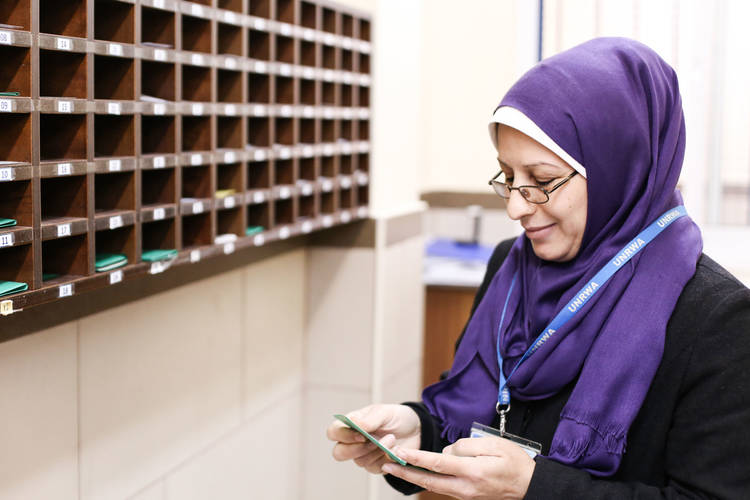 51-year-old Palestine refugee Suhair Al-Rass lives with her six-member family in Gaza city. For the last eight years she has been working as a guard at the Gaza Field Office (GFO) gate for the UNRWA Field Security and Risk Management (FSRM) team.

“When I got this job, it felt like a dream, because my husband doesn’t work so this job gives me and my family the opportunity to pay the rent, education fees and to cover all our needs,” Suhair explained.

Suhair is one of only 25 female guards working in different UNRWA installations such as Health Centres (HC), schools, Relief and Social Services Programme (RSSP) offices, sanitation offices and Distributions Centres (DC). Her main responsibilities as guard are to check visitors’ identity documents, register their data and guide them to the staff they wish to meet or have an appointment with.

“My work is much more than sitting in front of my computer and registering the visitors’ data, I carry the responsibility to help ensure the security of UNRWA staff and keep the compound safe. The most important qualification a guard needs is to be focused, observant and cautious. It’s important that all staff in GFO feel safe when they come to work and through my job I contribute to this,” Suhair added.

In total, UNRWA employs 1,473 guards – 185 as fixed term staff and 1,288 hired through its Job Creation Programme – working at more than 285 UNRWA installations including: Health Centres (HC), Head Quarter (HQ) and Gaza Field Office (GFO), Relief and Social Services Programme (RSSP) and sanitations offices, Distributions Centres (DC), Training Centres (TC), international residences and many other installations to ensure the safety and security of UNRWA staff and UNRWA premises across the Gaza Strip. Every guard, before being assigned to carrying out duties, receives a comprehensive training in safety and security rules and principles provided by the FSRM training team. This team was formed in early 2015 as a response to an assessment that identified a need to strengthen safety and security knowledge among UNRWA guards; the training empowers and enables them to respond to the various challenges they encounter in the course of their duties.

As presented in the Agnecy's occupied Palestinian territory (oPt) Emergency Appeal for 2017, the Agency is seeking US$ 402 million to meet the minimum humanitarian needs of Palestine refugees in the oPt.