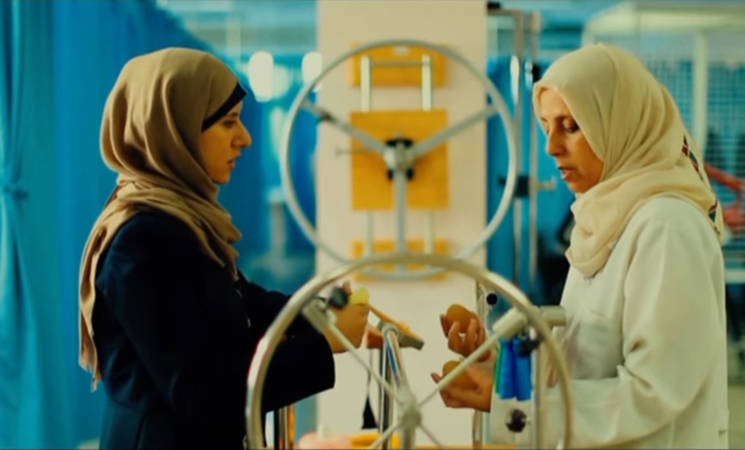 On 6 February militants fired one rocket towards Israel. The rocket landed in an open area in Ashqelon Regional Council. It has been the first rocket launched towards Israel since 24 October 2016. Israeli forces fired dozens of missiles and shells targeting agricultural areas and Hamas observation posts in all areas of Gaza. On the same day militants opened fire towards Israeli troops near the perimeter fence. No injuries were reported in all incidents. Four Israeli bulldozers entered Gaza areas to conduct a clearing and excavation operation. They withdrew on the same day.

Various protests were held during the week, predominantly in solidarity with Palestinian prisoners in Israeli jails; beneficiaries also demanded more services from UNRWA.

Further, civilians, mostly youth, protested along the perimeter fence with Israel, defending the Al Aqsa Mosque and in solidarity with Palestinians in the West Bank. When some of the protestors approached the security fence and threw stones towards Israeli observation posts, Israeli forces responded with gunfire and tear gas. A 16-year old boy was injured.

A dispute took place between two families; both used edged weapons and two persons were injured. One militant was injured during a military training as a result of an explosion; another militant who was previously injured passed away during the reporting week. Fires broke out in two residential areas, injuring a total of four persons and causing damage to the houses. Three more people were injured when part of the iron fence surrounding the Khan Younis stadium in southern Gaza collapsed. One Palestinian man with a knife and a screwdriver was arrested by Israeli forces when he tried to enter Israel through the perimeter fence. 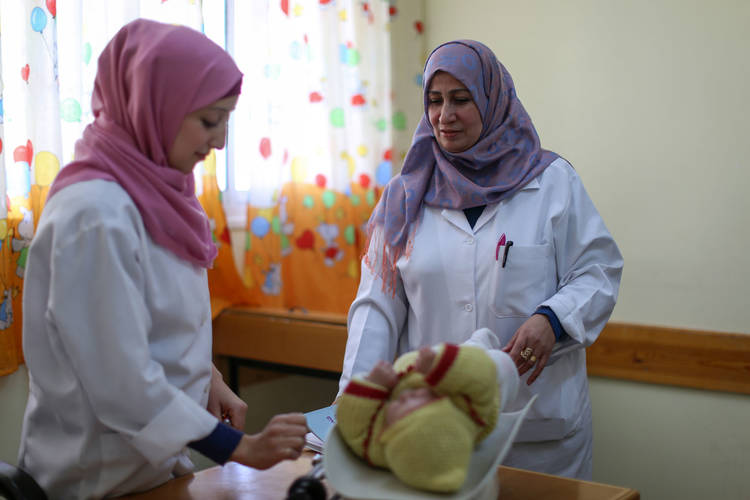 52-year-old Amal Al-Jaish (right) follows up with the practical nurse Noor Afana (left) while she is weighing a baby before giving it an inoculation in the Saftawi Health Centre in northern Gaza. © 2017 UNRWA Photo by Rushdi Al-Saraj

To develop the skills and knowledge of UNRWA health staff, provide guidance and help them identify their own weaknesses and strengths to improve services for beneficiaries and make better use of available resources, over the past four years the UNRWA Health Programme (HP) implemented an internal mentoring training programme for its staff.

52-year-old Amal Al-Jaish is one of the staff who participated. She is a senior staff nurse in the UNRWA Saftawi Health Centre in northern Gaza and manages 27 other staff members, including nurses, clerks, cleaners and midwives. Amal is responsible to follow up on their tasks, attendance and performance, and to organize trainings for them if needed.

“The mentoring training helped me improve the relation between me and the staff I manage and to foster team work. As mentor I support my mentees in learning new skills and increasing their output and performance,” Amal said.

Amal also added that through the mentoring programme communications within the team improved and “issues are more often addressed through joint efforts; for example, when we realized that we all – meaning midwives, nurses and doctors – provide different messages to women about health risks, we sat down and developed unified, written health messages to avoid confusion among patients.”

Through 22 centres, the UNRWA HP provides preventative and curative primary health care services to the vast majority of the over 1.3 million Palestine refugees in Gaza; health staff also provide clinic and laboratory services, along with personalized maternal health and family planning, in all health centres. To also fully integrate mental health care within its primary health care services, in the beginning of 2016, the Agency launched a pilot project in Saftawi Health Centre, in North Gaza. Over the past year the Saftawi HC screened over 4,700 clients and almost 500 patients received mental health care and psychosocial support by health centre staff.