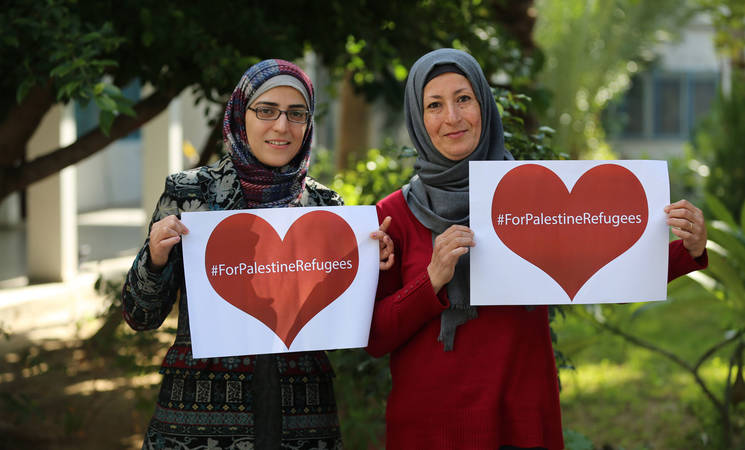 Civilians, mostly youth, staged protests near the perimeter fence in different areas of Gaza to express their eagerness to defend Al Aqsa Mosque and in solidarity with Palestinians in the West Bank. When some of them approached the fence and threw stones towards Israeli observation posts, Israeli forces responded with gunfire and teargas. One injury was reported. Regular protests also took place in solidarity with Palestinian prisoners in Israeli jails.

Militants fired two rockets towards Israel; one dropped short and landed inside Gaza and the other one landed in an open area in southern Israel. No injuries or damage were reported. The Israeli Air Force responded with over 20 missiles as well as six tank shells targeting military training sites and observation posts in different areas of Gaza. Four injuries were reported.

Gaza security forces conducted a demolishing operation for an Unexploded Ordnance (UXO) in southern Gaza, and an unknown object exploded in an open area in central Gaza, moderately injuring two persons. Four Israeli bulldozers entered approximately 100 metres into Gaza to conduct a clearing and excavation operation. They withdrew on the same day.

Three workers died and five others were injured when a tunnel under the border between Egypt and Gaza collapsed. During a family dispute firearms were used and one person was injured. The police made several arrests. Unknown gunmen opened fire and injured a Palestinian man while he was driving his car. Four Palestinian men were arrested by Israeli forces after they entered Israel through the perimeter fence; three of them were released later on.

A 27-year old man committed suicide by hanging himself in his house; another man attempted to commit suicide by setting himself on fire near a police station. The police intervened and the man was not injured. 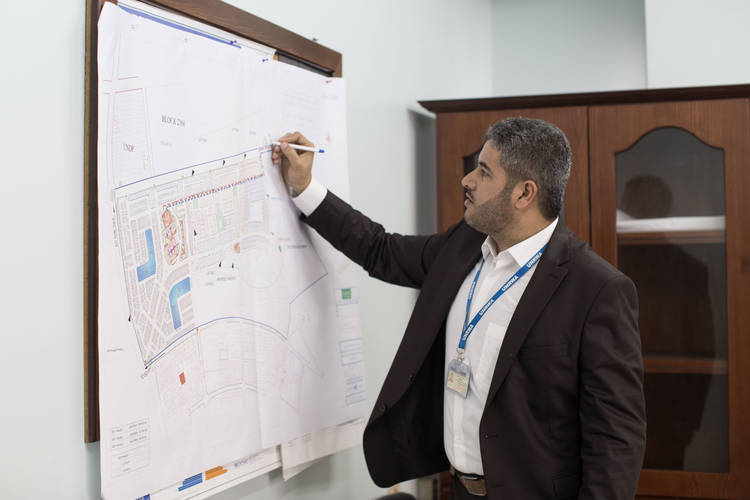 Gender Champion Award winner and acting deputy chief of the Infrastructure and Camp Improvement Programme, Muin Moqat, is explaining the importance of the co-signing practice in the third phase of the Rafah Rehousing Project in southern Gaza. © 2017 UNRWA

In light of this year’s International Women’s Day theme ‘Women in the Changing World of Work: Planet 50:50 by 2030 (#BeBoldforChange), UNRWA has launched the Gender Champion Award to recognize staff who have made exemplary contributions to advance the Agency’s work towards gender equality. In Gaza, Muin Moqat, acting deputy director of the Infrastructure and Camp Improvement Programme (ICIP), is one of the staff who have – very deservedly - won the award.

Muin, who graduated from the Islamic University in Gaza in 2003, started out with UNRWA as site engineer in 2006; from there he worked hard to develop a career in the field of shelter engineering and coordination with UNRWA’s ICIP. Due to his expertise, he also functions as UNRWA shelter spokesperson and has received countless international delegations and media representatives, never getting tired of explaining the Agency’s shelter reconstruction projects and the Gaza Reconstruction Mechanism.

While his expertise in terms of shelter and reconstruction is unmet, he was selected for the Gender Champion Award for his commitment to launch and implement UNRWA’s co-signing practice between husbands and wives for the Agency’s rehousing projects.

“During my work over the past ten years or so for UNRWA, I have been exposed to a lot of misery and protection concerns; in numerous meetings and visits to affected communities and families, I learned a lot and was increasingly sensitized to the importance of gender issues. I have met hundreds of female heads of households, widows or abandoned wives; in fact, the most vulnerable families in Gaza are mostly headed by a woman. I became aware of how much they are in need of protection, and how this protection needs to be mainstreamed,” he explained.

Muin realized that while UNRWA worked hard to provide shelter for families in need, the undertakings for new housing units were always only signed by heads of households, excluding their spouses from ownership. In most cases, the head of household was a man and the excluded partner his wife. “This is why I came up with the co-signing idea,” Muin added.

The idea, however, was first dismissed as “culturally impossible” due to prevalent gender stereotypes and wide-spread gender inequality dominating the conservative Gaza society.

Yet knowing that the co-signing policy was one of the most efficient ways to protect families, Muin did not give up so quickly. He reached out to the Agency’s Gender Initiative and Relief and Social Services Programme, as well as partner organizations, to design and implement an outreach plan to achieve support and behavior change in the community.

And it worked. ”During six months prior to the completion of a new rehousing project in Khan Younis, southern Gaza, in summer 2015, we as UNRWA organized various information and outreach sessions with beneficiaries, always including both spouses as well as two elderly family members; in addition, we talked to community representatives and leaders to ensure their support,” he went on. “When the day of co-signing the undertakings came, all eligible beneficiaries signed it without any discussion; in fact, they all supported the co-signing policy,” he added enthusiastically.

The extensive outreach campaign is a good example of the importance of community involvement and participation in humanitarian projects; this not only ensures support and ownership, but also adds to the Agency’s accountability and credibility towards its beneficiaries.

Gender inequality, Muin said, “can only be overcome through cooperation with all involved actors, one step after the other.”

UNRWA currently applies its co-signing practice only in its rehousing projects, but Muin has big plans for the future: “I want to extend the practice to our shelter self-help programme for families whose homes were impacted during the 2014 conflict.”

This is much more complicated than for rehousing projects due to original land ownership, but “we as UNRWA can at least ensure that our [construction] assistance is owned by both spouses which will add to creating awareness for gender equality in the community and can empower women’s stances in case of legal disputes. In short: our aid will be gender-equal,” he explained his idea.

Winning the award confirms for Muin that he is on the right track. While he owes his successful career to his positive and hard-working attitude and highly-developed skills, he also recognizes that gender plays a role when it comes to senior positions.

“A senior position with UNRWA means a lot of work, almost 24 hours, seven days per week – especially during emergencies. The community accepts when men work long hours, but for women they often have different standards; women are expected to be present at work and at home. To change this, we need a similar outreach campaign as we did for the co-signing practice,” he said, and added: “if a female staff came to ask me to intervene with her family to let her have a career and accept a senior position, I would not hesitate one second and go immediately to reach out to them and try to convince them to support her!”

Awards for all UNRWA Gender Equality Champions from all fields of operation will be distributed in a ceremony organized in Amman, Jordan, on 8 March. Due to the blockade on Gaza and its related restrictions on movement of persons and goods in and out of Gaza, Muin will most likely not be granted an Israeli permit to exit Gaza and attend the celebrations. He will instead participate via video conference.

As presented in the Agency’s occupied Palestinian territory (oPt) Emergency Appeal for 2017, the Agency is seeking US$ 402 million to meet the minimum humanitarian needs of Palestine refugees in the oPt.