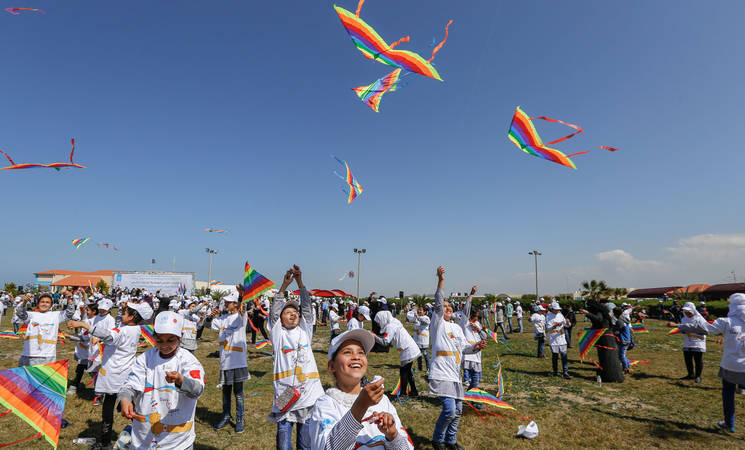 Civilians, mostly youth, staged protests near the perimeter fence in different areas of Gaza to express their eagerness to defend Al Aqsa Mosque and in solidarity with Palestinians in the West Bank. When some of them approached the fence and threw stones towards Israeli observation posts, Israeli forces responded with gunfire and teargas. One injury was reported. Regular protests also took place in solidarity with Palestinian prisoners in Israeli jails.

Twenty Israeli bulldozers entered approximately 70 metres into Gaza on several different occasions to conduct a clearing and excavation operation. They withdrew on the same day.

Three Palestinians were arrested by Israeli forces after they entered Israel through the perimeter fence. 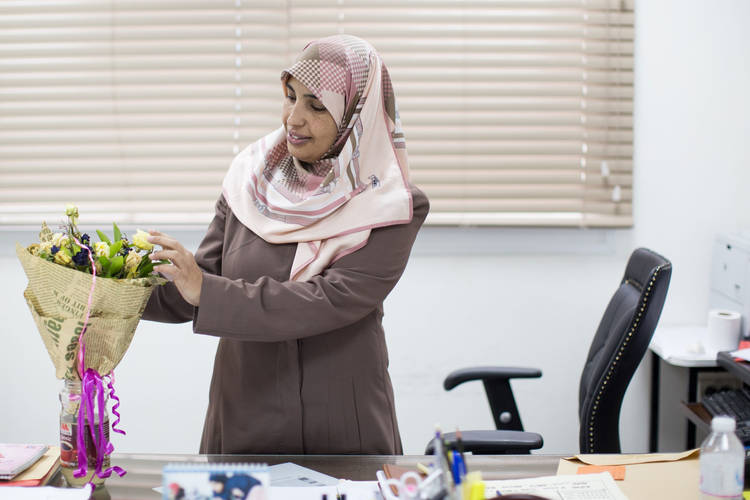 In light of this year’s International Women’s Day theme Women in the Changing World of Work: Planet 50:50 by 2030 (#BeBoldforChange), UNRWA has launched the Gender Equality Champion Award to recognize staff who have made exemplary contributions to advance the Agency’s work towards gender equality.

In 2016, UNRWA recruitment officer Wafa’a Diyab launched the ‘Empowering Human Resources Department’s female staff’ to encourage her colleagues through training, motivation, and information sharing. It is for this initiative that Wafa’a won the Gender Equality Champion Award.

“Due to my hard work and the support from my colleagues and family I became a successful UNRWA senior staff member, and I wish that all my female colleagues would get this support to move ahead and develop a career,” Wafa’a explained, and added: “I started to empower my six female subordinates by delegating important tasks to them and providing them with more responsibilities; I always try to motivate them and increase their self-confidence. Over the months I have noticed how they all improved in their work, and I started to think about doing the same for all other female staff in my department.”

Wafa’a’s initiative now includes various activities ranging from gender-awareness sessions, capacity building and training on different ‘leadership’ topics such as presentation skills, competency-based interview skills, dealing with difficult people, as well as lectures on health, stress release and how to maintain a life-work balance. She also regularly invited other senior female staff to talk about their careers, how they overcame obstacles and what are the most important lessons they learned.

Wafa’a did not impose her initiative top-down, knowing that this way it would not be very effective. “In a first step I held a meeting with my female colleagues to learn about their needs and what they would expect from such an initiative; they came up with many good ideas on how they want to improve their skills. I want to see more women in senior posts, as decision makers. This cannot happen if we don’t empower them.”

Wafa’a’s initiative is still in the pilot phase and so far 20 staff have benefited from it; Wafa’a is planning to extend it throughout all UNRWA programmes in the future. Awards for all UNRWA Gender Equality Champions from all fields of operation will be distributed in a ceremony organized in Amman, Jordan, on 9 March.