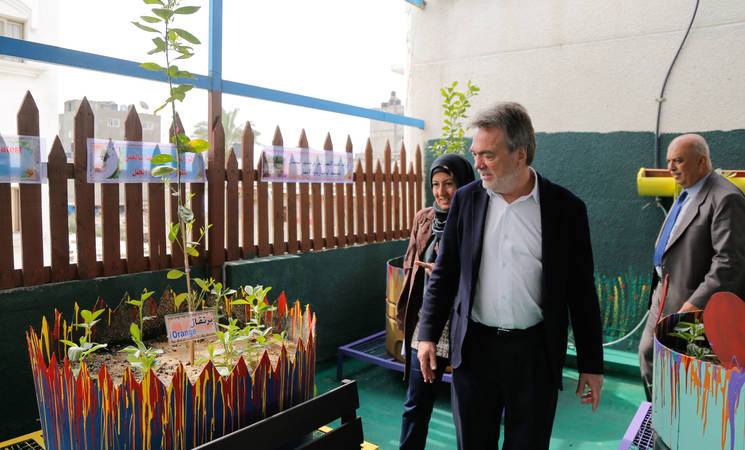 Civilians, mostly youth, staged protests near the perimeter fence in different areas of Gaza to express their eagerness to defend Al-Aqsa Mosque and in solidarity with Palestinians in the West Bank. When some of them approached the fence and threw stones towards Israeli observation posts, Israeli forces responded with gunfire and teargas. No injuries were reported. Other protests that took place included those in solidarity with Palestinian prisoners in Israeli jails, those in support of ESCWA Executive Secretary Rima Khalaf and in protest to the UN Secretary-General’s position on the ESCWA report, on the UNRWA curriculum materials and regarding the reconstruction process.

During the reporting week, from 14-16 March, the UNRWA Local Staff Union (LSU) positioned against international staff in the UNRWA Gaza Field Office (GFO) compound. International staff were able to enter the compound after working hours on each day (from 1530) and over the weekend. The Gaza Field Office Business Continuity Preparedness Plan for emergencies was implemented, and a temporary office for internationals set up offsite in Gaza city. Senior management discussions with the LSU continued over 17-18 March weekend and internationals returned to the GFO compound as per normal on Sunday, 19 March.

On 15 March, an unmanned aerial vehicle operated by Israeli forces crashed east of Gaza city. No injuries were reported. During the reporting week, eight Israeli bulldozers entered approximately 60 metres from the security fence. The Israeli troops conducted a clearing and excavation operation. They withdrew on the same day.

One Palestinian youth was arrested by Israeli forces after entering Israel through the perimeter fence. 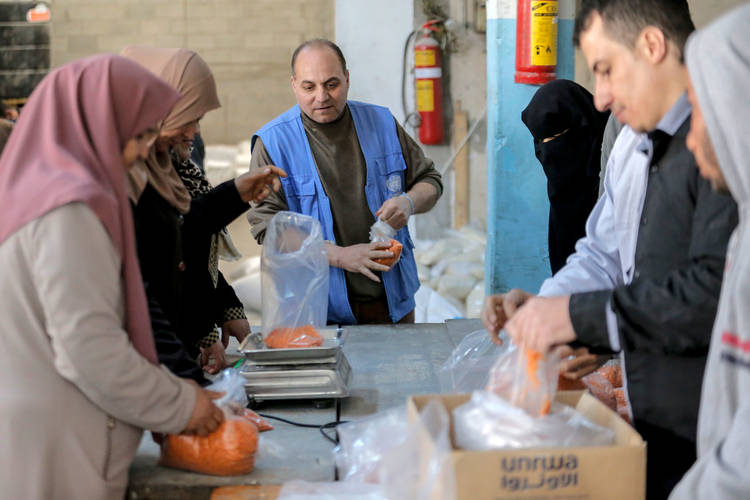 “When I assist people getting their food parcels, I feel that I am contributing to the humanitarian work of UNRWA. I feel proud to support people in need,” said Rabea Abu Tabeekh, an UNRWA Distribution Officer for UNRWA field Logistics Office in Gaza.

“Every day I am in direct contact with refugees and I see how much they need their food baskets. They are depending on the food assistance provided by UNRWA to feed their family. We work to help ensure that they can do this, and live with dignity,” explains Rabea.

The UNRWA Field Logistics Office in Gaza supports all UNRWA programmes and offices in terms of providing high-quality logistics services including storekeeping, transportation and distribution of food assistance for refugees. Logistics staff inspect, receive, store and issue an average of more than 130,000 tons of supplies per year such as food items and non-food items (NFIs) including blankets, mattresses, school books and furniture. The Field Logistics Office distributes about 30,000 tons of food assistance to over 950,000 beneficiaries on a quarterly basis in addition to NFIs for affected families, through its 12 Distribution Centres across the Gaza Strip.

Prior to the distribution, during February and March 2016, the UNRWA Gaza Field Office launched an extensive outreach campaign on new food baskets to ensure that beneficiaries are informed about the changes and their questions and concerns are addressed in a pro-active way. In addition to wide-range of community outreach meetings and awareness sessions on health and nutrition, the UNRWA Field Communications Office created an animation video that explains the process in detail. The video is currently broadcast on UNRWA TV and its corresponding YouTube channel and can be watched here. GFO also produced and is broadcasting on UNRWA TV seven episodes of a cooking show based on the ingredients of the new food baskets.