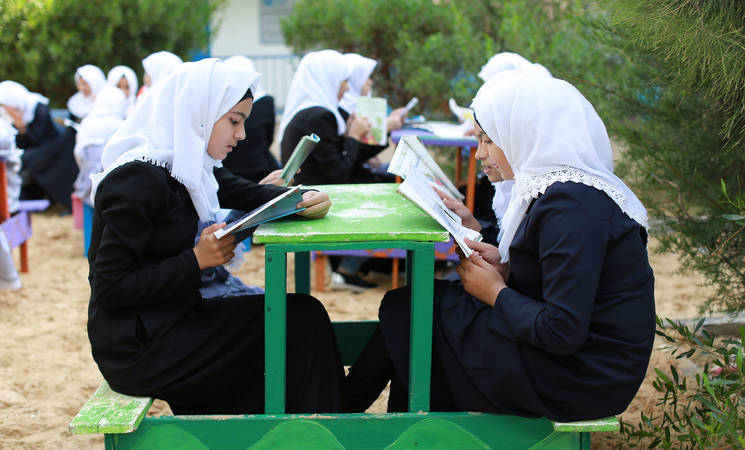 Movement restrictions imposed by the de-facto authorities from and to Gaza through the 4/4 checkpoint on the Gaza side of Erez crossing continued during the reporting week (please see crossings and highlight sections for details).

On 29 and 31 March, and 1 April, Israeli patrol boats fired towards Palestinian boats off the coast of the Gaza Strip, forcing them ashore. No injuries were reported. On 31 March, three rockets were test-fired by militants towards the sea from northwest of Gaza city. Israeli troops positioned at the perimeter fence opened fire towards Palestinian areas on an almost daily basis.

Civilians, mostly youth, staged protests near the perimeter fence in different areas of Gaza to express their eagerness to defend Al Aqsa Mosque and in solidarity with Palestinians in the West Bank and Palestinians in Israeli prisons. When some of them approached the fence and threw stones towards Israeli observation posts, Israeli forces responded with gunfire and teargas. No injuries were reported. Other protests that took place included those in solidarity with Palestinian prisoners in Israeli jails, on demands for limited-duration and fixed-term job contracts, on the UNRWA curriculum materials and regarding the reconstruction process. Several commemoration demonstrations were held regarding the 41st anniversary of “Land Day.” The INGO World Vision also held a sit-in and press conference in solidarity with its director of operations in Gaza, who was detained in Israeli jails.

During the week under review, desperation and depression in the community was evidenced by one 31 year old man committing suicide by throwing himself off a roof near Palestine Stadium, and another 27 year old man who attempted suicide by setting himself on fire.

Road checkpoints were set up in Gaza during the week. Some UN vehicles were stopped for searching, but any attempts to search were refused. 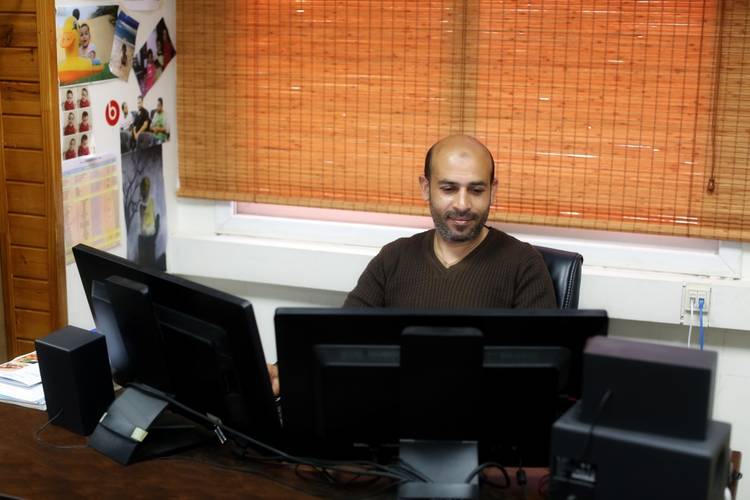 Forty-year-old Sami Yousef has been working as a Digital Editor at UNRWA TV and Multimedia unit, part of the Field Communications Office in Gaza, for eight years. He believes that UNRWA TV breaks the stereotype in education delivery, and provides support for Palestine refugees through accurate and timely humanitarian information.

“I love my job,” Sami says. “I am part of a wonderful and creative team, I work primarily in education projects through which we use songs, drama and games to add fun and entertainment to education and learning; my responsibility is to deliver the final clean versions of videos.”

Sami is one of three Digital Editors on the team, and their main responsibilities are to manage and edit all materials and soundtracks and develop and manage subtitles and graphics.

“When I think there are children who can’t go to school because of conflict and emergencies, then they will watch UNRWA TV and learn, I am reminded that this work may change their lives,” Sami says.

Sami has also been involved in many advocacy and donor/partnership projects during his work at UNRWA TV. His favourite has been SOS4Gaza, because it tells the world Palestine refugees children in Gaza have the same dreams and hopes as children everywhere.

“When people meet me and say they watch UNRWA TV, I become proud because I contributed to that impact and success; nothing makes me happy more than being part of this service for refugee children,” Sami adds.

UNRWA TV was established in early 2012 as production unit and broadcaster. It broadcasts 24 hours a day, 365 days a year. Besides humanitarian communication programming, it brings innovative educational lessons to affected children in all fields. During 2016, the UNRWA TV crew, in cooperation with the Agency’s Gaza Education Programme, developed the first season of the new educational project and for the first time applied a ‘children teaching children’ approach. UNRWA TV produces a wide range of advocacy and awareness-raising material, such as a cooking show, Explosive Remnants of War (ERW)awareness, and a health talk show for women. The UNRWA TV YouTube channel has surpassed 100,000 subscriptions and was provided with the YouTube Silver Play Button award. The team has also just completed auditions for actors in the next series, which will soon start production.