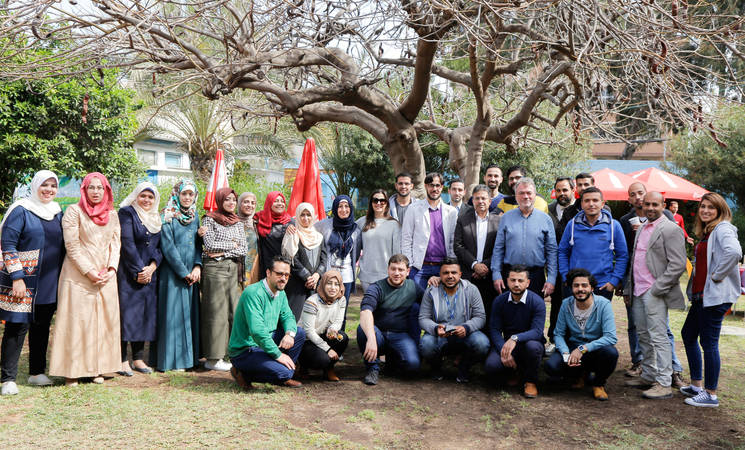 Movement restrictions imposed by the de-facto authorities from and to Gaza through the 4/4 checkpoint on the Gaza side of Erez crossing eased during the reporting week from 6 April. There is no indication of how the backlog of medical cases will be processed (please see crossings section for open and closed details).
On 8, 10 and 11 April, Israeli patrol boats fired towards Palestinian boats off the coast of the Gaza Strip, forcing them ashore. No injuries were reported. Israeli bulldozers and tanks entered approximately 100 metres from the perimeter fence into Gaza on 5 and 6 April to conduct a clearing and excavation operation. They withdrew on the same days.

Civilians, mostly youth, staged protests near the perimeter fence in different areas of Gaza to express their eagerness to defend Al Aqsa Mosque and in solidarity with Palestinians in the West Bank and Palestinians in Israeli prisons. When some of them approached the fence and threw stones towards Israeli observation posts, Israeli forces responded with gunfire and teargas. No injuries were reported.

Several protests were held regarding the allowances reduction causing 30-40 per cent cut to Palestinian Authority employee salaries in Gaza (see highlights section for details). Other protests that took place included condemning the bombing of two churches in Egypt, those in solidarity with Palestinian prisoners in Israeli jails, demands for UNRWA fixed term jobs, and against the blockade. A sit-in was also held to mark International Health Day.

Road checkpoints continued on 4 April in Gaza. Some UN vehicles were stopped for searching, but any attempts to search were refused. 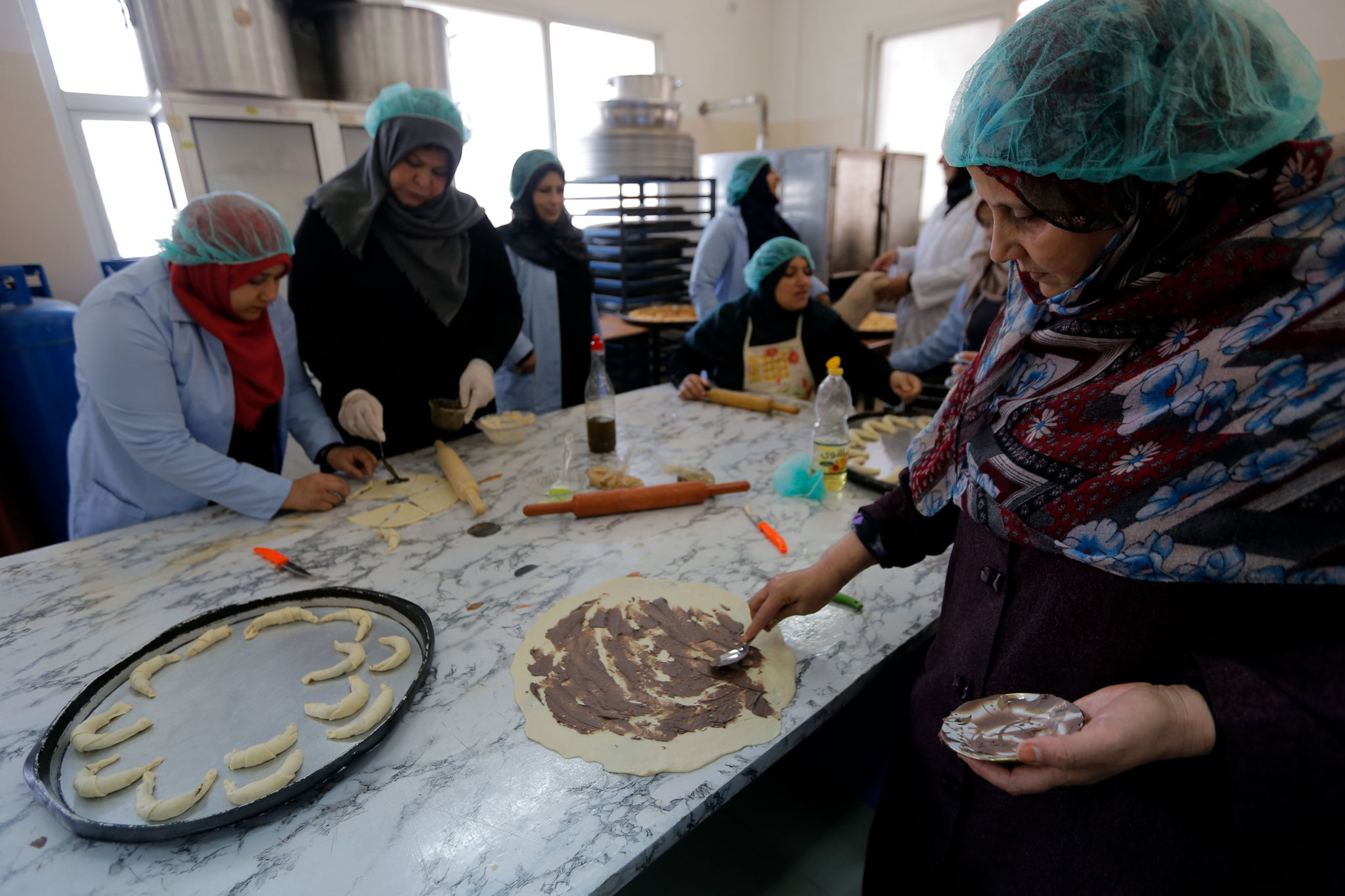 On March, in cooperation between Beach Women Programme Centre (WPC) and Jabalia Community-Based Rehabilitation Centres (CBRC), both part of the UNRWA Relief and Social Services Programme (RSSP), the “together to empower vulnerable women” initiative started. One of the activities within the project is food processing training. Forty-nine-year-old Latifa Al-Mabhouh is one of 18 Palestine refugees participating.

Latifa is a mother of nine children; her husband doesn’t work and she is participating in the training because she is hoping it will help generate income to support herself and her family.

“We don’t have an income source; my family and I currently depend on the UNRWA food parcel to meet our needs,” said Latifa. “I came here to learn about food processing hoping it will provide me with enough skills to generate income for my family.”

The UNRWA training aims to empower and integrate vulnerable women in the local community to develop food processing and marketing skills, as well as teaching about rights in the workplace. The training also supports in leading to job opportunities for women to help them increase revenue and improve livelihoods at the individual household level.

One of the additional benefits of the initiative is the social networking it provides. “Before participating in the training I was rarely going outside the home; now in addition to gaining new skills, I have built new friendships,” said Latifa. “I am very interested in the marketing topics because I believe that even if we produce the most high quality product, if we can’t market it, then we can’t sell it.”

The training runs for two months, three days per week, providing approximately 120 training hours. The initiative includes other activities such as providing space to display products, supporting participants in establishing productions groups and assisting in linking them in the local community to market their products.

Latifa says she has plans beyond herself and her own learnings. “I transfer the skills I have learnt in the training to my daughters, so when I finish I will try to get a micro loan and start my small business with my daughters to support my family.”

The UNRWA Relief and Social Services Programme (RSSP) aims to empower Palestine refugees, focusing on the most vulnerable groups, by meeting their social and economic needs through community social interventions. RSSP activities range from the distribution of food baskets and the regular assessment of refugees’ poverty status and eligibility for services through social workers, to a variety of skills training and capacity building mainly for women, children and youth.  In total, UNRWA maintains seven Women Programme Centres in refugee camps across the Gaza Strip. WPCs aim to empower women socially and economy and enhance women’s participation in the community through offer legal advice, skills-based trainings, for example in computer literacy, hair dressing, or traditional handicrafts and embroidery. The centres also try to assist illiterate women in entering the formal education system by providing education and literacy classes.