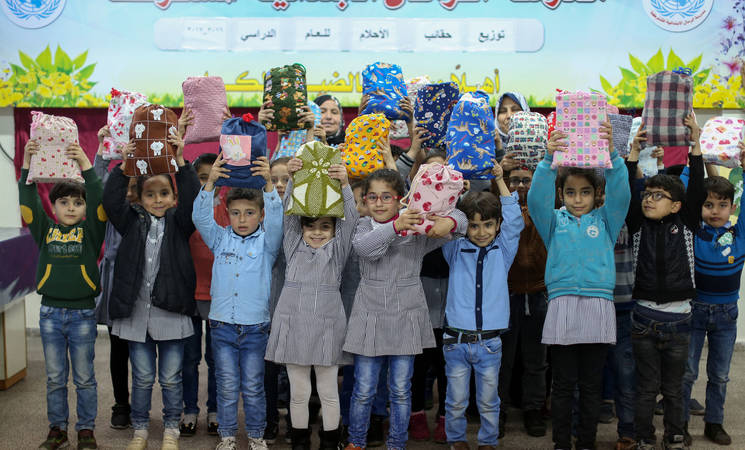 Israeli patrol boats fired towards Palestinian boats off the coast of the Gaza Strip on an almost daily basis, forcing them ashore. No injuries were reported. On 16 April, Israeli bulldozers and tanks entered approximately 60 metres from the perimeter fence into Gaza to conduct a clearing and excavation operation. They withdrew on the same day.

Civilians, mostly youth, staged protests near the perimeter fence in different areas of Gaza to express their eagerness to defend Al Aqsa Mosque and in solidarity with Palestinians in the West Bank and Palestinians in Israeli prisons. When some of them approached the fence and threw stones towards Israeli observation posts, Israeli forces responded with gunfire and teargas. No injuries were reported.

On 14 April, three Palestinians were arrested by the de facto authorities whilst attempting to enter into Israel through the perimeter fence.

Several protests were held across the Gaza Strip regarding the 30-40 per cent cut to Palestinian Authority employee allowances, impacting salaries in Gaza. Other protests that took place included regarding the electricity situation, those in solidarity with Palestinian prisoners in Israeli jails and against the blockade. On 12 April a 20-year-old man attempted suicide by taking rat poison – this was in protest to not receiving cash assistance from the de facto authorities. He remained in a serious condition during the reporting week.

UNRWA empowers newly appointed staff: ensures understanding of Agency rules and regulations, and knowledge of where to get information

The training aims to introduce UNRWA policies, rules and regulations for new staff, to better equip them as they commence their new jobs. It also provides them with information links and sources. Topics and sessions included in the training cover performance management, payroll, allowances, transportation and movements. As well, the induction training seeks to emphasize the importance of humanitarian principles and code of conduct when working for a United Nations Agency. For example, it includes discussion on what and why there are humanitarian principles and how to commit to neutrality.

The training includes a focus on safety and security responsibilities and obligations whilst an UNRWA staff member. Sessions are focused on incidents reporting, personal security awareness, fire safety, first aid, road safety and awareness of explosive remnants of war (ERW).

Fatema Hamdan has been working as a Human Resources Associate in the Field Human Resources Office for the past nineteen years and is one of five trainers responsible for leading in the induction training.

“I work in the entitlements division in human resources at UNRWA Gaza, so my role in the sessions is to train and explain to new staff about their benefits, including dependency allowances, sick, annual and unpaid leaves, transportation allowances and health insurance,” Fatema said. “The training is important because the new staff don’t know anything about the agency rules and regulations.”

“To ensure that the information reach to the participants and avoid routine we use different training tools such as presentations, case studies, scenarios and targeted questions,” said trainer Huda Shabat. “To avoid mistakes during work and ensure an understanding of staff rights and responsibilities, it is important to get the right information from the right source.”

Since 2011, the UNRWA Gaza FHRO has conducted 72 induction sessions. The total number of participants who have attended is 2,250 staff members. In addition to the induction training, FHRO publishes information on the  UNRWA Gaza staff portal, distributes printed awareness brochures. It also established a client desk two years ago, to reply to staff inquiries.