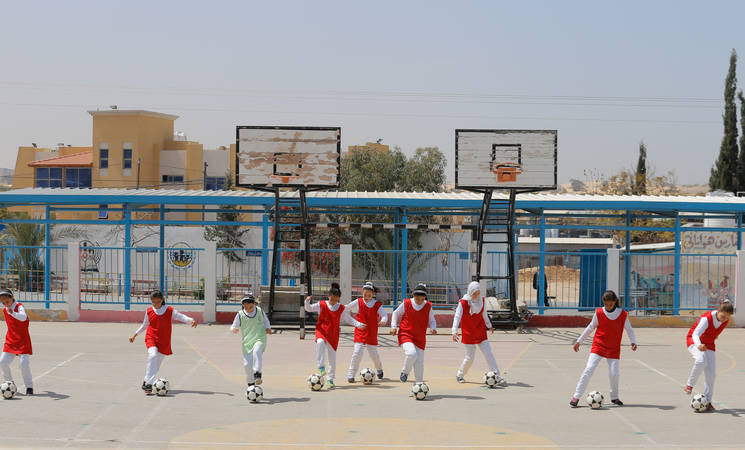 Israeli patrol boats fired towards Palestinian boats off the coast of the Gaza Strip on an almost daily basis, forcing them ashore. No injuries were reported. On 20 April, Israeli bulldozers and tanks entered approximately 60 metres from the perimeter fence into Gaza to conduct a clearing and excavation operation. They withdrew on the same day.

On 20, 21 and 22 April Israeli troops positioned at the perimeter fence opened fire towards Palestinian areas. On each occasion, no injuries were reported.

Several protests were held across the Gaza Strip regarding the 30-40 per cent cut to Palestinian Authority employee allowances, impacting salaries in Gaza. Other protests that took place included protests regarding the electricity situation, those in solidarity with Palestinian prisoners in Israeli jails and against the blockade. 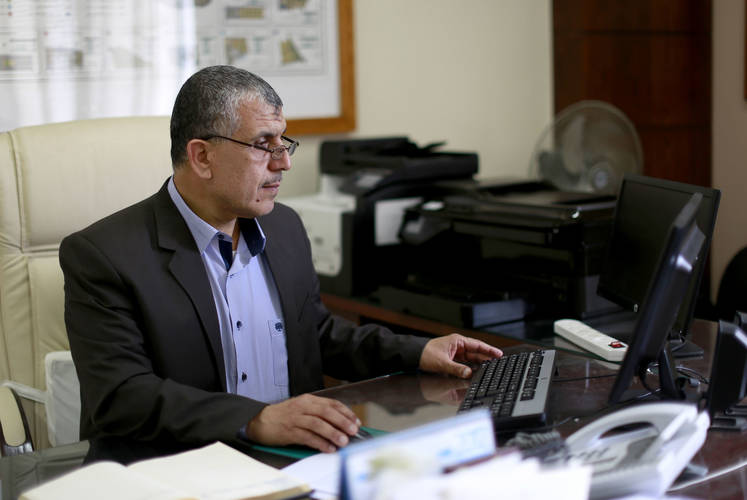 Between 7 July and 26 August 2014, the Gaza Strip experienced the deadliest and most devastating round of hostilities since the beginning of the Israeli occupation in 1967. More than two and a half years on, most people and institutions are still struggling to cope with their immense loss. Aside from the massive damage to the enclave’s infrastructure – including hospitals, water and electricity networks, and streets – some 12,500 housing units were totally destroyed and around 6,500 homes were severely damaged; over 19,000 housing units were rendered uninhabitable. Around 70 per cent of the affected families are Palestine refugees.

In response, UNRWA provides transitional shelter cash assistance (TSCA) for displaced Palestine refugee families, enabling them to rent a temporary home until their houses can be repaired or rebuilt.  9,117 families’ homes were totally destroyed and 5,550 families’ homes were severely damaged as a result of the 2014 conflict. UNRWA pays an average of US $ 250 in TSCA per family monthly. TSCA is a significant coping mechanism of profound importance to refugees and the community; without TSCA, many families would be homeless, be forced to live in damaged, half-repaired homes or go into significant debt to cover their rent.

Completing repair/reconstruction works and reducing the TSCA caseload has an economic implication for the broader community, as it decreases demand and allows rental fees to stabilise which were previously very high after the hostilities a result of the low housing supply following the 2014 conflict. High rents have also often forced families to live in over-crowded shelters in an unhealthy environment. A major achievement has been the near completion of repairs of 5,550 homes so severely damaged as to be uninhabitable and now, the priority for UNRWA is to complete all reconstruction works of totally destroyed homes.

“Through distributing TSCA to Palestine refugee families who lost their homes in the 2014  conflict, UNRWA tries to support families who have lost everything and enable their basic right to live in dignity, and this won’t happen without adequate shelter,” said Rafiq Abed, Chief, UNRWA Gaza Field  Infrastructure and Camp Improvement Programme.

In 2014, 2015, 2016 and in the first quarter of 2017, the Agency managed to pay rental subsidy payments to all eligible refugee families. UNRWA undertook this commitment by utilizing its available funds in a way with the greatest impact, for example since February 2015 UNRWA has prioritized the ‘severe damages’ caseload for repair payments aiming at ending the displacement of 5,500 families and, indirectly, contributing to a better equilibrium in the demand and supply for housing.

“If UNRWA does not pay the rental subsidy, these families will have to deduct from the money which they use for food, education and health to try to pay rent,” adds Rafiq. “When I meet and listen to families who receive rental subsidy payments from UNRWA, they keep asking if we will be able to continue paying.”

“Rental subsidy is a lifeline for all displaced refugee families,” said Rafiq. “Without it, people can’t survive; usually UNRWA provides advance rental subsidies on a quarterly basis, but due to lack of sufficient funding for the balance of 2017, future payments are uncertain.”

In April, UNRWA distributed almost US $ 3 million to 4,500 Palestine refugees’ families, with this money; they can rent an alternative home while awaiting the reconstruction and repair of their houses.

UNRWA Gaza assumes income of US $4 million of TSCA from current Emergency Appeal funds. At the time of writing the 2017 Emergency Appeal, approximately US $17 million was the forecasted requirement. However, the first quarter 2017 TSCA payments reflect an operating environment characterised by market availability of construction supplies, a functioning Gaza Reconstruction Mechanism which each contributed to a sustained pace of construction. UNRWA now estimates TSCA requirement to be no more than US $12 million in 2017 which narrows the funding shortfall of this critical intervention to US $8 million.