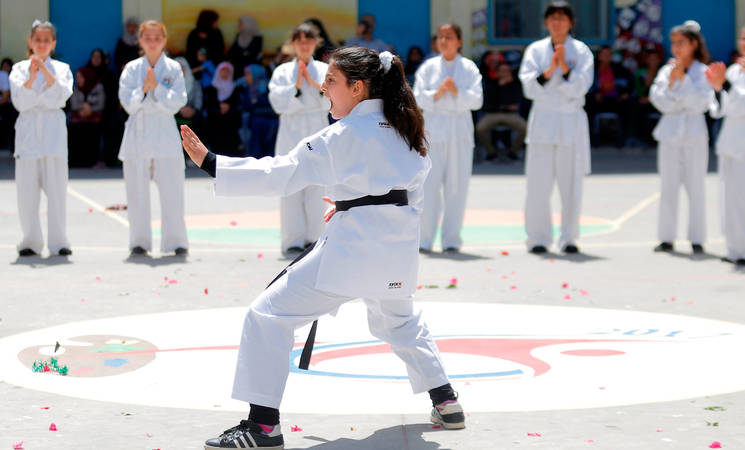 At the UNRWA Rehabilitation Centre for Visually Impaired in Gaza: hopes and will 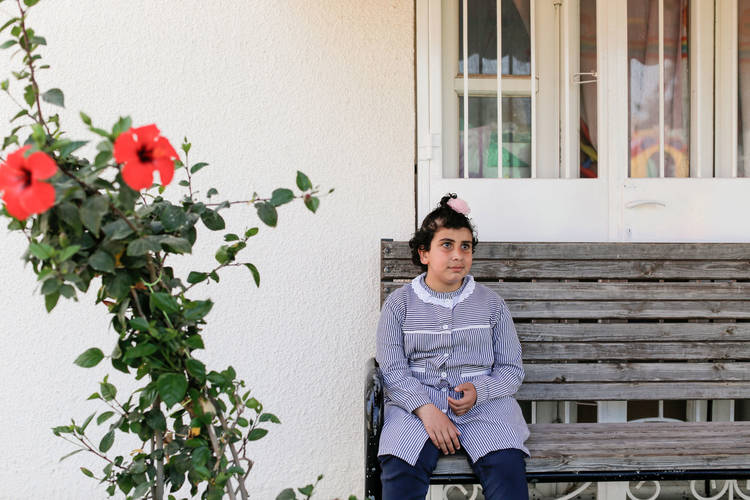 Shahed Al-Qirnawi a Palestine refugee who was born totally blind in the UNRWA Rehabilitation Centre for Visually Impaired (RCVI) in Gaza, where she studies. © 2017 UNRWA Photo by Tamer Hamam

Eleven-year-old Shahed Al-Qirnawi is a Palestine refugee who lives in Bureij Camp, in the middle of the Gaza Strip. Shahed has the same hopes and dreams as any child across the world. She was born blind and is a student in the UNRWA Rehabilitation Centre for Visually Impaired (RCVI).

“Every day I wake up in the early morning and wait for the UNRWA bus to come and pick me up to go to school, “said Shahed. “I love it; there I study, meet my friends, play sports, sing and play music, I love reading stories and the library provides me with books in braille language which are not easy to find in Gaza.”

Over the past year, the UNRWA Rehabilitation Centre for Visually Impaired (RCVI) in Gaza has implemented the Vision Project. It aims to supplement and enrich the teaching of visually impaired children through the use of modern technology, particularly through tablet computers and Voice Dream Reader software. This software allows blind and low-vision students to use their tablet computers in order to ‘read with their ears’. All text is read by a voice in Arabic, enabling young learners to improve their quality of life like sighted peers by exposing to technology using google, access emails, digital books and other online documents. Further, the curriculum with all its subjects is imported to the students’ and teachers’ tablet computers.

“Since I started to study here I used textbooks in the braille technique,” Shahed added. ”Now I use both braille and digital textbooks through the tablet computer. It is easier, faster and lighter, and through it, I can listen to my lessons with greater flexibility”

The RCVI is part of the UNRWA Relief and Social Services Programme (RSSP) in Gaza and offers rehabilitation, education and recreational activities for visually impaired children aged between four and 12 years.  It is the only centre in Gaza providing these types of services to approximately 500 students studying in the RCVI. 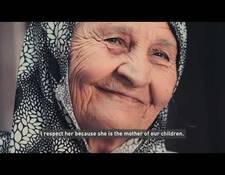