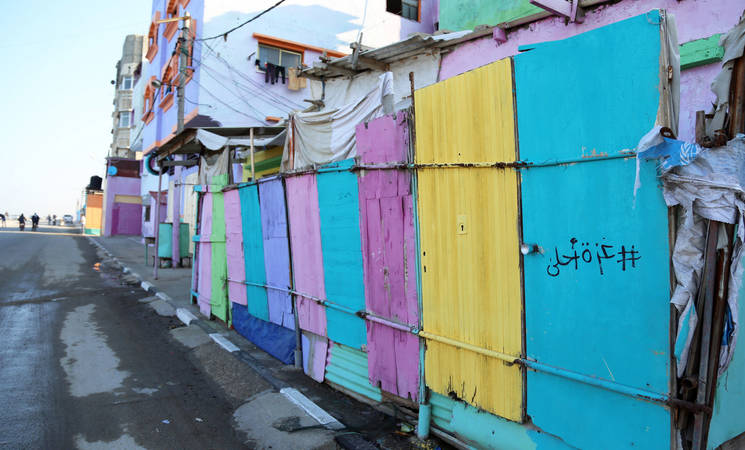 With her new prosthetic arm, Sojoud can now swim and play basketball 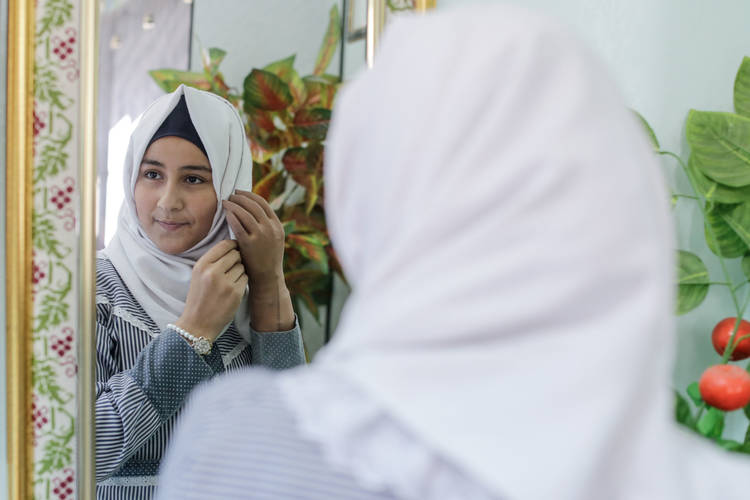 Fourteen-year-old Sojoud Taha, third daughter of her eight-member family, can finally play basketball with her colleagues at the school yard of UNRWA Nuseirat Preparatory Girls School A, central Gaza. Standing confident with her new prosthetic arm, Sojoud was holding the basketball with both hands, interacting with her teammates, happily running the ball and scoring points.

“I was born with one arm. In my first grade, I had a prosthetic arm to help me function better at school. However, after the sixth grade and as I grow up, the artificial limb didn’t fit anymore. I had to take it off. This made my life much harder as for one whole year, I was unable to play any of my favourite sports or hobbies,”Sojoud commented.  “Now with the new arm, I can enjoy playing basketball, swimming. I also feel more self-confident and self-reliant,” she added.

Thanks to fruitful cooperation between the UNRWA Education and Health Programme, Sojoud was provided with a new artificial left arm to enable her to perform her daily tasks with higher functionality and comfort. “When the school principal told me about it, I couldn’t believe it; I jumped for joy and happiness and couldn’t wait to share this life-changing news with my family and friend. Finally, I can pursue my life, passions and dreams fearlessly, and face challenges more prepared and more confident,” she commented.

In the current school year (2016/2017), there are 6006 students (3608 boys and 2398 girls) with disabilities in UNRWA schools in Gaza Strip. These students live with various major motor, fine motor, visual, hearing, health, speech and other impairments. Nonetheless, they are enthusiastic to learn and participate in traditional schooling. Students with special needs are encouraged to attend UNRWA schools. In cases where more specialized support is needed, the Agency refers students to Community-Based Rehabilitation Centres (CBRCs). UNRWA currently supports seven CBRCs across the Gaza Strip, providing services to persons with disabilities. Further, the Agency directly supports 500 visually impaired children through the UNRWA Rehabilitation Centre for Visually Impaired in Gaza city. UNRWA’s approach to inclusive education is aligned with the global 2030 Agenda for Sustainable Development, wherein Sustainable Development Goal number four is to “ensure inclusive and equitable quality education and promote lifelong learning.