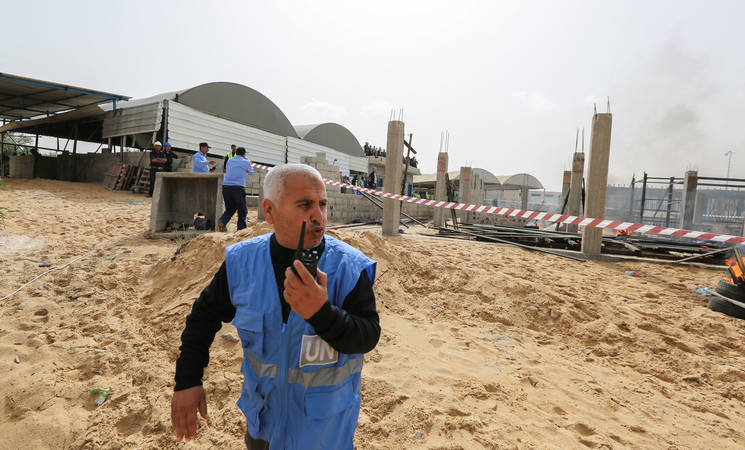 The 2014 conflict has taken a heavy toll, but displaced families hold on to hope 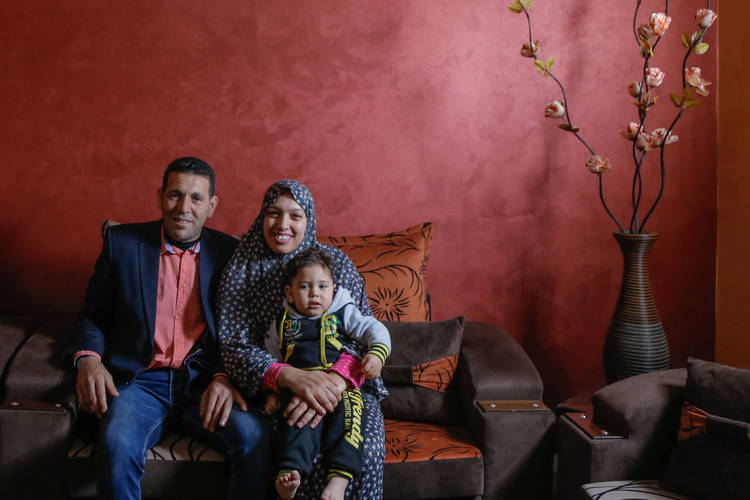 Bzazo family in Al-Tofah neighborhood, east of Gaza, in their newly repaired house which was severely damaged during the 2014 conflict in Gaza. © 2017 UNRWA Photo by Tamer Hamam.

Ameen and Tahani Bzazo with their two children , Palestine refugee family lives in Al-Tofah, east Gaza city, during the 2014 hostilities, were forced to seek shelter in one of the UNRWA school buildings functioning as Designated Emergency Shelters. The Bzazos were staying at the shelter when a neighbour brought the devastating news that their house had been shelled. This was not the last time during the conflict that the Bzazo family home would be affected:

“When the conflict started, we fled and were displaced to an UNRWA school for nearly three months. During the ceasefire, all internally displaced persons returned to check their houses. I could not return to my house as I knew how dangerous it was to be there. So, my wife went to stay at her father's house, and I continued staying alone with other displaced people in the UNRWA school. Three days before the conflict was over, my house got shelled again and severely damaged. Four concrete columns were demolished, the northern side of the house was totally damaged, the tiles disappeared and the doors and windows were smashed,” Ameen said.

Ameen, Tahani and their two children - Mohammed, a one-year old boy and Hassan, eight years were living in one of the most vulnerable neighbourhoods in Gaza, Al-Tofah in east Gaza before their home was rendered uninhabitable during the 2014 summer conflict. “We were displaced for two years and in despair because we had to constantly move from one rented house to another. Yet we were holding on to hope that our plight will end. UNRWA helped us during that period through providing cash assistance for rent. Through this support we were able to cover the rent for houses we lived in temporarily,” added Ameen.

“Now, the house is completely repaired and my family can live in it - peacefully and comfortably. The internal electricity network is very good, the concrete columns are rebuilt and the northern side, which was severely damaged, is repaired. We laid new house tiles, and the doors and windows are new. Thank God we are all together and have settled down again in our new house in the same place as the old one. We have not felt warm and comfortable since we fled from our house until now that our home has been repaired” Ameen commented.

Between 7 July and 26 August 2014, the Gaza Strip experienced the deadliest and most devastating round of hostilities since the beginning of the Israeli occupation in 1967; almost three years on from the conflict, many people and institutions are still struggling to cope with their immense losses. Besides the massive damage to the enclave’s infrastructure – including hospitals, water and electricity networks, and streets – some 12,500 housing units were totally destroyed and around 6,500 homes were severely damaged; over 19,000 housing units were rendered uninhabitable. To date, UNRWA has distributed over US$ 257 million to families whose homes were damaged or destroyed. Almost 1,580 families are currently receiving payments for reconstruction and approximately 83,900 families for repair works. However, around 48,000 refugee families have not received payments for repair works and 3,162 refugee families have not received payments to start reconstructing their homes due to a lack of funding.