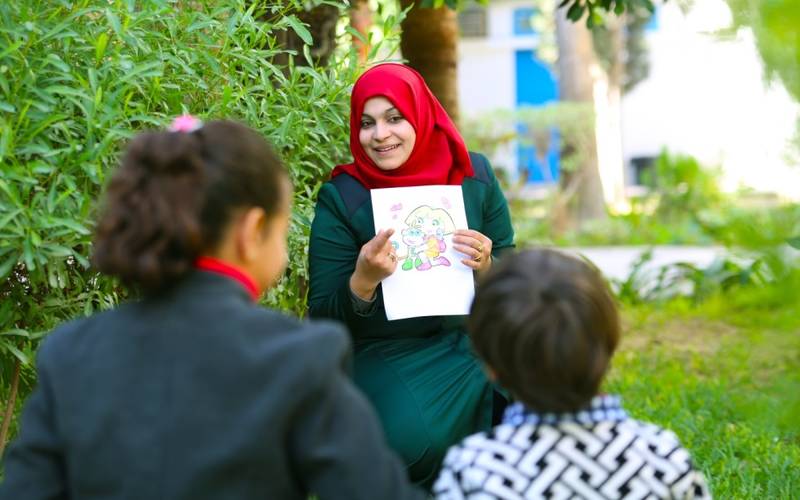 The 2014 conflict had a devastating psychosocial impact on individuals and communities in Gaza, adding to the effect already felt from almost ten years of blockade and previous conflicts. The shock of losing a home and family members, and returning to neighbourhoods to find them destroyed, erodes every sense of certainty and hope in the future. The unprecedented human, social and physical devastation during the 2014 conflict had a particular impact on children, and many remain in need of psycho-social support. According to the UNRWA Community Mental Health Programme (CMHP), children exposed to violence often express a loss of trust in others. Other common symptoms are eating disorders, nightmares or intense fear.

28-year-old Olfat Srour has been working as school counsellor in UNRWA Shujaiya Elementary School A, eastern Gaza for over eight years. “Many children in Gaza, experience intense fear and disruption, which result in psychosocial problems. My main goal is to provide them with a sense of safety and security, so that they feel protected,” Olfat said.

CMHP counsellors play a critical role in supporting Palestine refugees of all ages. The CMHP currently maintains a network of almost 280 counsellors and 80 psychosocial facilitators in UNRWA schools supported by a team of supervisors and assistant supervisors, as well as a Senior Mental Health and Psycho-Social Support (MHPSS) Specialist. The programme also employs 23 counsellors and 5 legal advisors at health centres across Gaza. They collectively support children and adults, not only through individual and group counselling, but targeted interventions aimed at enhancing psychosocial resiliency and well-being.

Olfat also added “during my work I use different tools such as songs, videos and games to help children manage their stress.”

13-year-old Sara, a student in Shujaiya Elementary School A, had behavioural and sleeping problems after the 2014 conflict. Through writing and painting, Olfat helped her handle this experience. “I feel more comfortable, I like going to school more now, especially to participate in the school counselling activities,” Sara said.

Over the past years, the UNRWA Community Mental Health Programme (CMHP) has moved towards the Mental Health Psycho-Social Support (MHPSS) model to provide a more holistic and integrated approach that extends beyond counselling. Counsellors help ensure that the children of Gaza are equipped with the life skills to succeed in life, working closely with teachers to reinforce problem-solving, interpersonal relationships, support for their peers, respect and tolerance for others, and self-care and stress management. In UNRWA health centres, CMHP psychosocial and legal counsellors provide comprehensive support, mainly to women, many of whom have experienced Gender-Based Violence (GBV), through individual counselling, group support, and relevant legal advice. In 2016, the CMHP supported 4,217 adults and 10,218 children through individual counselling, with an additional 1,425 and 8,710 benefitting from group counselling. Through public awareness and education sessions, over 80,000 parents and community members received information on a variety of topics including coping with stress, positive parenting and supporting children in distress. 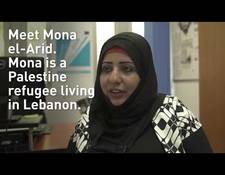