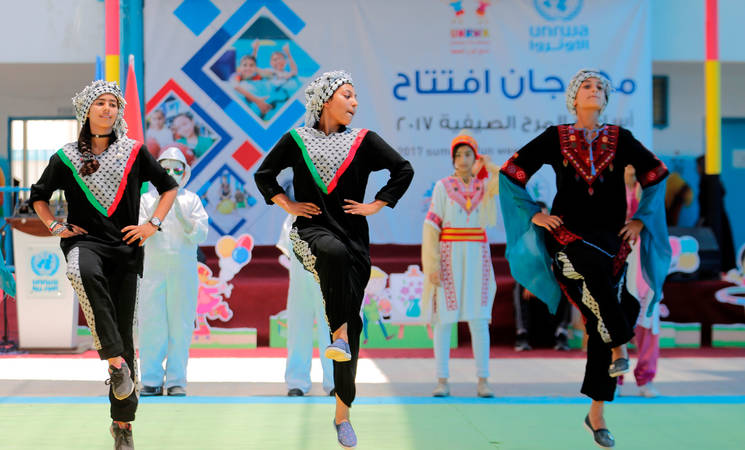 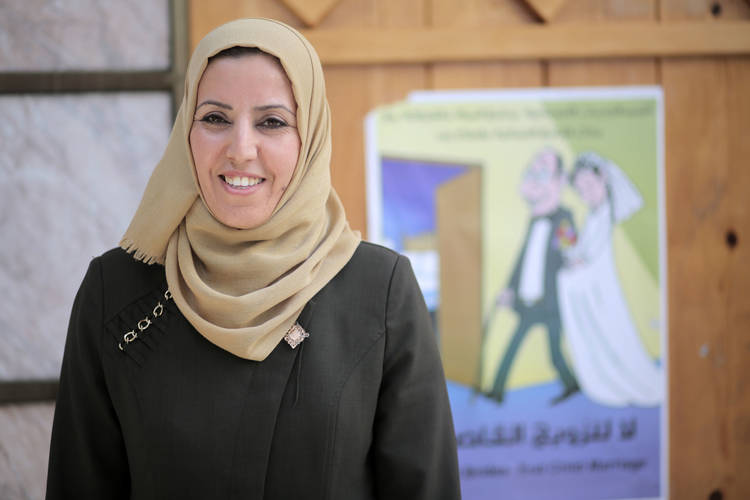 To highlight the psychological and social impact of child marriage and to raise community awareness and to influence decision-makers in the community, the UNRWA Relief and Social Services Programme (RSSP) in cooperation with Gaza’s Women Programme Centres is implementing the “Girls not Brides, End Child Marriage” initiative.

Child marriage is defined as a formal marriage or informal union before at least one of the partners has reached age 18.  According to the Palestinian Central Bureau of Statistics (PCBS) 23.7 per cent of the total married population in the Gaza Strip at the end of 2015 got married before age 18. A 2015 study on child marriage in the Gaza Strip by the Women Affairs Centre, a non-governmental organisation,  suggests that the drivers of child marriage are socio-economic such as having multiple daughters, poverty and harmful patriarchal norms that support forced marriage between first degree relatives

Al-Daraj Women’s Programme Centre conducted a two hour session attended by 25 women who experienced child marriage, one of a total of 14 awareness-raising sessions during the initiative from 9 to 12 July across the Gaza Strip targeting over 500 men and women.

Lawyer Hayat Mahmoud told participants in the session: “Child marriage is a serious problem facing the community. It clearly violates human and children’s rights. Children lose their right to an education, to play and to choose”. Hayat added: “Imagine a 15-year old child married and having babies; it’s a child raising children.”

The session is divided into four parts: the psychological and social impact of child marriage, reproductive health, law and religious perspective. At the end of the session, a short video on early marriage was shown followed by a discussion. The confidential and small-group setting encourages the women to tell their stories and exchange experiences. “I married when I was only 15 years old and had my first child when I was only 16; this killed my childhood. I don’t want my daughter to experience the same,” Salwa, one of the participant in the session, said.

At the end of the campaign, a seminar will be conducted targeting community leaders, religious persons, and interested persons from the community to highlight the phenomenon of child marriage and recommend mechanisms to confront it.

“Many uneducated women who are illiterate because early marriage led to their education being truncated visit the Women’s Programme Centres. Increased awareness will not eliminate child marriage, but it will reduce it. Early marriage will be eliminated through the collective efforts of all organizations.  I dream of life without child marriage,” Hayat also said.

The UNRWA Relief and Social Services Programme (RSSP) empowers Palestine refugees, focusing on the most vulnerable groups, by meeting their social and economic needs through community social interventions. RSSP activities range from the distribution of food baskets and the regular assessment of refugees’ poverty status and eligibility for services through social workers, to a variety of skills training and capacity building mainly for women, children and youth.  In total, UNRWA assists seven Women’s Programme Centres in refugee camps across the Gaza Strip. WPCs aim to empower women socially and economically, and enhance women’s participation in the community through legal advice and with skills-based trainings. The centres also try to assist illiterate women in entering the formal education system by providing education and literacy classes