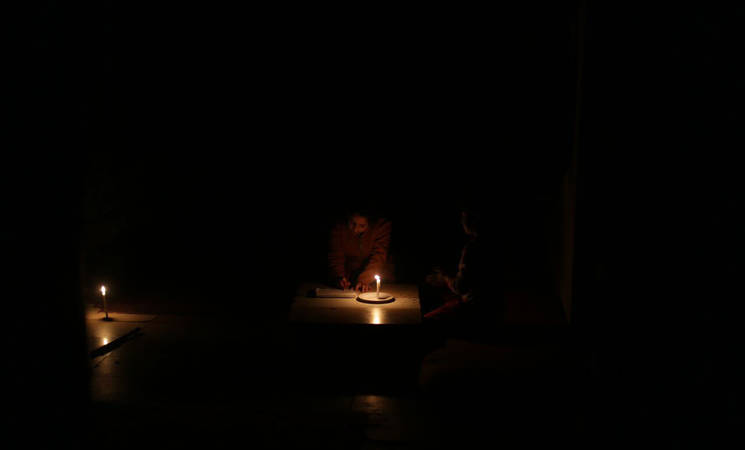 Civilians, mostly youth, staged protests near the perimeter fence in different areas of Gaza against the blockade. When some of them approached the fence and threw stones towards Israeli observation posts, Israeli forces responded with gunfire and teargas. Two injuries were reported.

Various other protests were held during the week, in solidarity with Palestinian prisoners in Israeli jails and to demand UNRWA and other UN services.

Israeli forces positioned at the fence opened fire towards Palestinian areas. No injuries were reported.

The UNRWA Summer Fun Weeks: A place to learn, play and alleviate stress 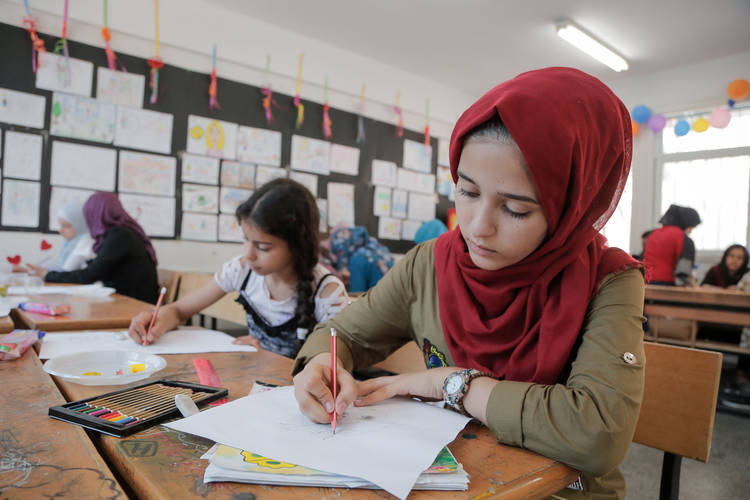 The Summer Fun Weeks (SFWs) are one of the Agency’s measures to address the psychosocial impact of repeated armed conflict, blockade and dire socio-economic conditions on children in Gaza. On 9 July, UNRWA opened the 2017 Summer Fun Weeks (SFWs) in the Zaitoun Preparatory Girls School (B) in Gaza city. The ceremony included different activities for children such as the traditional Palestinian Dabka dance, games and drawing workshops.

Fifteen-year-old, Bara’a Abu Nada, a Palestine refugee girl from Jabalia camp, northern Gaza Strip is an enthusiastic participant in Summer Fun Weeks in the  Beit Lahia Preparatory Girls School (A). To enable a maximum number of students to participate every Summer Fun Weeks location works double shifts - morning and afternoon. For each shift, the children are divided into nine groups with each group participating in two activities during the day. Activities have been devised to give the children a chance to play, learn and express themselves in a safe and secure environment and to acquire the social values of team spirit, respect and cooperation and include sports, arts and educational activities.

“I knew about Summer Fun Weeks from my classmates who participated last year: how much they enjoyed their time, how they met new friends, had fun and learned new things. So I asked my family if I could apply this year and they agreed. They said it’s in the school, so it’s a safe and trusted place,” Bara’a said.

UNRWA has devised area-specific activities such as ‘Rethink and Recycle’ in Rafah, the ‘Expo Tech’ exhibition in Khan Younis, English SFW activities in the Middle Area, Sea Messages in Gaza Area and the ‘Equity and Equality’ initiative in north Gaza. New activities include the UNRWA School Choir and the Student Ambassador programme as well as Students Camp a one-week camping experience which will be joined by UNRWA students from the West Bank – a rare opportunity for children to engage with their peers from other parts of the occupied Palestinian territory.

“My hobby is drawing. Last summer I spent my time drawing alone at home, but this year I decided to attend Summer Fun Weeks because they provide me with all needed drawing materials. I also have the opportunity to work with art teachers and get professional advice. In addition to the drawing classes, I enjoyed the ‘Equity and Equality’ sessions because I learned new things and now believe that women and men have equal rights,” Bara’a said happily.

For three weeks, from 8 to 27 July, around 190,000 registered refugee children participate in the SFWs, which will take place over three cycles covering 125 locations across the Gaza Strip, including locations suitably equipped for the participation of children with disabilities. The SFWs do not only provide Palestine refugee children with a chance to alleviate the stress and pressures of daily life in Gaza, they also offer a number of Gaza youth temporary work opportunities. The 2017 SFWs project offers about 2,420 short-term job opportunities with UNRWA to registered refugees through its Job Creation Programme.