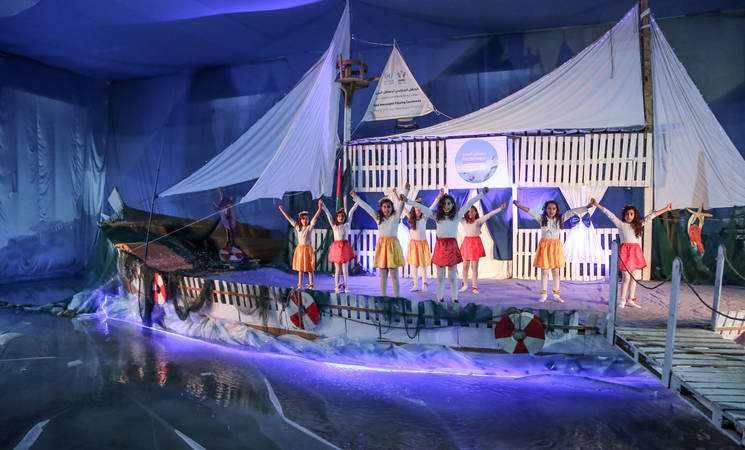 Please be informed that the Gaza situation report will from now on be issued every two weeks. We thank you for your continued interest in UNRWA operations in Gaza.

Israeli patrol boats opened fire towards Palestinian boats off the coast of the Gaza Strip, forcing them ashore, on seven days during the reporting period. No injuries were reported.

Civilians, mostly youth, staged protests against the blockade near the perimeter fence in different areas of Gaza. When some of them approached the fence and threw stones towards Israeli observation posts, Israeli forces responded with gunfire and tear gas. Four injuries and one death were reported.

Various other protests were held during the week in solidarity with Palestinian prisoners in Israeli jails and to demand UNRWA and other UN services.

Israeli forces positioned at the fence opened fire towards Palestinian areas on three days during the reporting period. No injuries were reported. 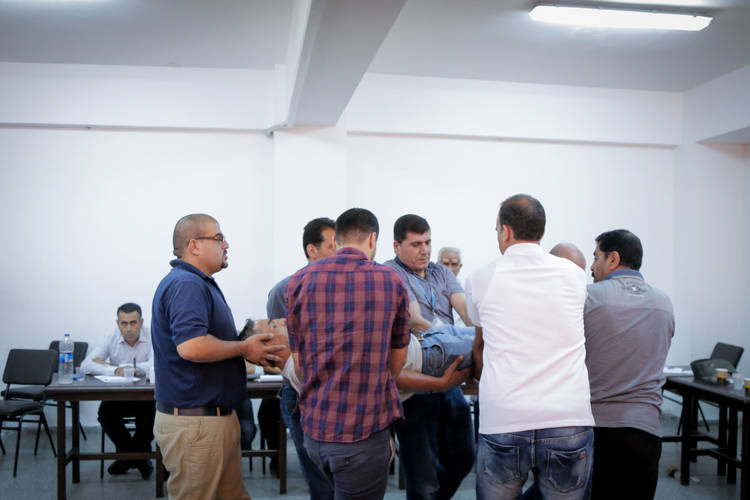 In early 2015, the UNRWA Gaza Field Office Field Security and Risk Management (FSRM) team formed a training team to teach the core elements of safety and security across UNRWA Gaza staff. The creation of the training team came after an assessment identified the need to strengthen the safety and security knowledge of UNRWA staff. On 1 February 2017,FSRM began piloting the Safe and Secure Approaches in Field Environments (SSAFE) training – an internationally recognised training which can be adapted to local conditions and circumstances - aimed at strengthening the safety and security knowledge of UNRWA staff to enable them to respond to the challenges encountered in the course of their duties.

Wisam Abu Warda, an FSRM training officer, said: “During the pilot training, over 600 frontline staff members such as guards, social workers and engineers… in Gaza city were trained on different topics including fire-fighting, first aid, incident reporting, and Explosive Remnants of War (ERW). Following the training, we gathered feedback from the trainees so as to improve the training content.” Wisam stressed that “This training is important for both staff and beneficiaries. It helps staff handle the difficulties they face during their work and provides them with a better understanding of proper and effective incident reporting. This, in turn, enables them to provide quality services to beneficiaries.”

Following the pilot stage, the training was enriched with additional topics such as the definition of FSRM, road safety, weapons awareness, emergency scenarios, radio and satellite communications and kidnapping response. The training targets all UNRWA front-line staff and the roll-out to additional staff began from this point. To date, 733 staff members have received the training with a further rollout planned in the coming months.

“I was interested in learning about how to deal with complicated situations. The training was very insightful and, I believe, it is essential for all UNRWA staff, but especially those in direct contact with beneficiaries or those coordinating international and donor field visits,” said Azzam Abu-Habib, Assistant Project Coordination Officer, who received the SSAFE training.

In Gaza, UNRWA’s largest field of operation with over 12,800 staff and some 260 installations, the Field Security and Risk Management (FSRM) team seeks to provide leadership, advice and operational support for security and risk management with the aim to mitigate risks thereby improving staff safety, secure assets and protect premises in order to support sustainable programme delivery. Further, FSRM works with the Infrastructure and Camp Improvement Programme (ICIP) with regard to the design of new installations to ensure safety and security requirements are considered early on. To ensure that existing installations – not only those newly built - meet standards, FSRM conducts Facility Safety and Security Surveys (FSSS).