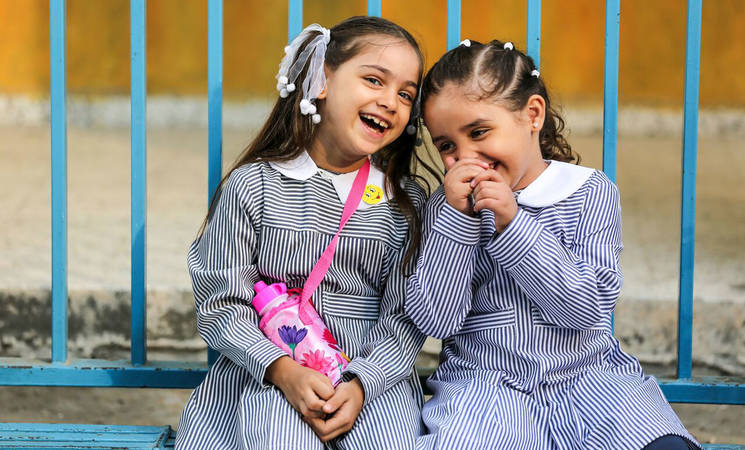 On 8, 10, 11, 16, 17, 18 and 19 August, Israeli patrol boats opened fire towards Palestinian boats off the coast of the Gaza Strip, forcing them ashore, reasons unknown. Two Palestinians were arrested and their boat was confiscated. No injuries were reported.

On 11, 18 and 17 August, civilians, mostly youth, staged protests against the blockade near the perimeter fence in different areas of Gaza. When some of them approached the fence and threw stones towards Israeli observation posts, Israeli forces responded with gunfire and tear gas. Three injuries were reported.

Other protests were held during the week, in solidarity with Palestinian prisoners in Israeli jails and to demand additional support services from UNRWA and other UN agencies.

On 20 and 10 August, Israeli forces positioned at the fence opened fire towards Palestinian areas. No injuries were reported.

A Palestinian man attempted to commit suicide by burning himself in Rafah area.

Palestinian militants fired one test rocket from Khan Younis area towards the sea. No injuries were reported.

Youth have the energy to be change makers 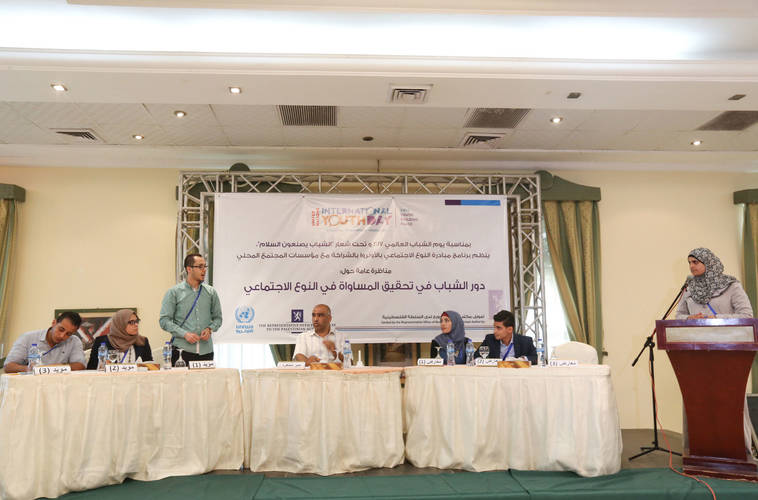 On 12 August every year, the world celebrates International Youth Day. Since the adoption of Security Council Resolution 2250 in 2015, there is growing recognition that young people are critical actors in conflict prevention and sustaining peace. This year’s theme, “youth building peace”, was dedicated to celebrating young people’s contributions to conflict prevention, as well as to inclusion, social justice and sustainable peace. The theme also emphasized the Sustainable Development Goals, especially goal number four which calls for ensuring inclusive and quality education for all and promoting lifelong learning.

As part of its commitment to youth empowerment and to celebrate the International Youth Day 2017, UNRWA Gaza Field Office Gender Initiative, in partnership with Youth Vision Society, launched a youth training on debate and negotiation skills. These skills are not only useful for building self-confidence and improving one’s ability to advocate for oneself, but also for navigating social life and seeking economic opportunities. The training was concluded with a public debate on youth involvement in promoting gender equality.

The debate’s opening speech was delivered by UNRWA Deputy Director of Operations in Gaza, Ms. Melinda Young, to approximately 100 young women and men, as well as UNRWA staff and representatives from local non-government organizations.

“This training added to my knowledge of debating skills. I learned how to use statistics and information to support my opinion. I believe we, youth, have the energy and the motivation to make a change in our communities,” said Raja’a Al-Shaer, a 23-year-old participant in the debate and negotiation skills training.

The debate included a discussion between two youth teams, composed of three persons each. The teams debated whether the existing work in Gaza is sufficient for youth involvement in promoting gender equality.  Each group provided evidence-based arguments, followed by questions from the audience.

“My team and I believe that still more needs to be done to reinforce gender equality. We supported our argument with figures and examples from the community,” said Mustafa Dohan, 22 years old, who took part in the training and the debate.

This international occasion is a unique opportunity to shed light on UNRWA‘s ongoing commitment to empower Palestine refugee youth amid all hardships they encounter. The blockade on Gaza, which entered its eleventh year in June 2017, as well as the repeated conflicts, have crippled the enclave’s economic sector and pushed a large part of the population into unemployment and poverty. This, however, has not stopped Palestine refugee youth from making a lasting impact on their societies. Empowered with education and experience, they continue to set an example of innovation, persistence and courage.

UNRWA is confronted with an increased demand for services resulting from a growth in the number of registered Palestine refugees, their higher level of vulnerability, and their deepening poverty. UNRWA is funded almost entirely by voluntary contributions, and financial support has been outpaced by the growth in needs. UNRWA encourages all Member States to work collectively to exert all possible efforts to fully fund the Agency’s Programme Budget in 2017. UNRWA emergency programmes and key projects, also operating with large shortfalls, are funded through separate funding portals.

Following the 2014 conflict, US$ 295 million has been pledged in support of UNRWA’s emergency shelter programme, for which an estimated US$ 720 million is required. This leaves a current shortfall of US$ 425 million. UNRWA urgently appeals to donors to generously contribute to its emergency shelter programme to provide displaced Palestine refugees in Gaza with rental subsidies or cash assistance to undertake repair and reconstruction of their damaged homes.