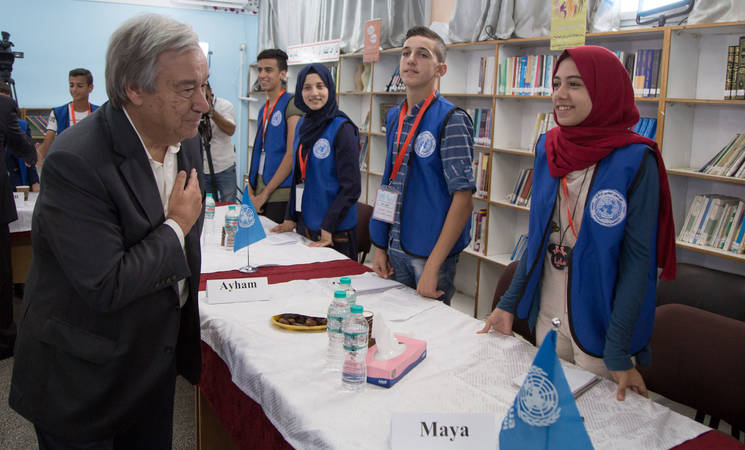 Lifeline Communications can save lives 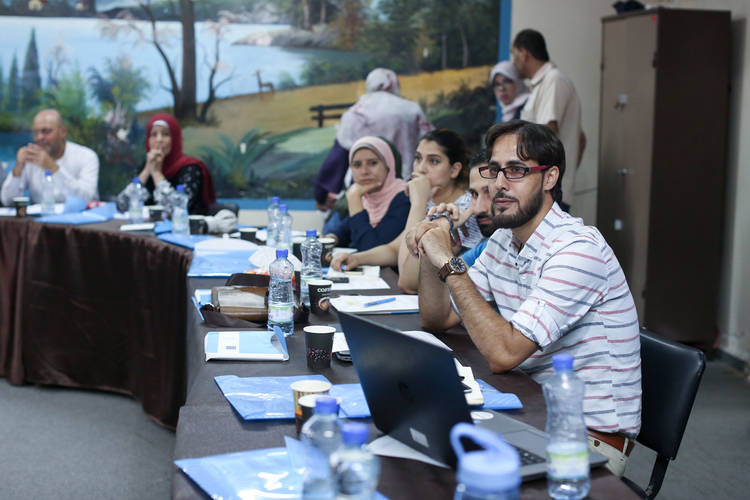 Communication helps to meet the information and communications needs of people affected by crises. Through the Gaza Field Communications Office, UNRWA provides Palestine refugees with access to the information they need and ensures their voices are heard and taken into account in decision-making processes related to the provision of humanitarian services.

On 21 and 22 August, the UNRWA Gaza Field Communications Office, in coordination with the Office for the Coordination of Humanitarian Affairs (OCHA), conducted the “Lifeline Communications” training, a programme that aims to provide people with timely, relevant and practical information to alleviate their suffering and assist with their recovery. It was attended by 22 UNRWA staff from the Communications Office, Area Chief Offices and Front Office.

“The training provided me with many insights; I learned how communications, and providing the right information at the right time through the right channel, can save lives. Further, the training supports our work in UNRWA TV where we produce and broadcast videos which can change people’s lives,” commented 38-year-old Ahmed Al-Waheidi, UNRWA TV and multimedia manager, who was one of the trainees.

The training, delivered by trainers from Oxfam, UNICEF and local media outlets, aimed to build the participants’ capacities to communicate with affected communities, engage in two-way dialogue and ensure proper application of humanitarian and protection principles. During the two-day training, participants learned how to develop lifeline communications messages and deliver them through a variety of effective and efficient channels.

“The part I enjoyed the most was practicing the scenarios and using songs as a communications tool. The training helped me share and exchange experience with others. We are now more prepared to develop Lifeline Communications messages in line with the humanitarian and protection principles of neutrality, humanity and do-no-harm. Effective communication is an essential part of the humanitarian services UNRWA provides,” added Ahmed.