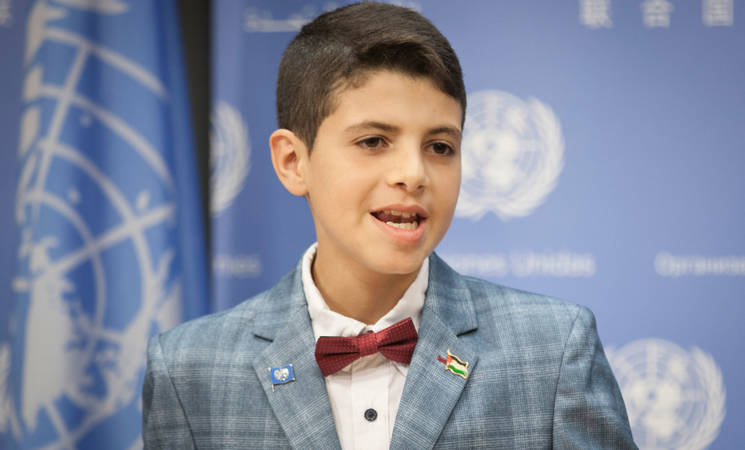 This edition of the Gaza situation report exceptionally covers a three-week period due to the Eid Al-Adha break in early September. The next situation report will cover the period 26 September – 10 October and will be issued on 12 October.

“No child deserves to live in darkness” Gaza suffers from a chronic electricity crisis, presently receiving at most four hours at a time, followed by a 12 hour power-cut, which disrupts the normal functioning of infrastructure, including humanitarian infrastructure, services including health and education institutions and water and sewage systems, as well as the agricultural sector thus having a profound impact on the daily life of 1.9 million people in Gaza. Hundreds of thousands of students in Gaza face particular challenges: As a result of frequent power outages homework is interrupted and exam preparation has to be done in the dark or using unsafe sources of light such as candles.

“I was two years old when the blockade on Gaza began, now I am 13 years old. I have lived my whole life feeling its impact. After living with it for more than eleven years, it is hard to imagine my life without the daily implications of life under blockade: Yet, while I have never known what it means to have electricity all day, I will never lose hope of one day having electricity all day long,” said 13-year-old, Shahed Shalayel, a Palestine refugee student at the UNRWA Al-Zaitoun Preparatory Girls School B in Gaza city.

OCHA reported in April that the Gaza Power Plant (GPP) shut down after exhausting its fuel reserves and being unable to replenish them due to a shortage of funds. Gaza thus lost 60 megawatts of electricity or roughly thirty per cent of the energy normally available in the Strip. Prior to this cut, electricity available to Gaza was already chronically short at less than half of the estimated requirement (210 MW provided as opposed to 450 MW demand).

“I make sure I do all my homework before sunset because power goes out at night. This means I have to start studying immediately after I return home from school. I have four brothers and five sisters and we have to share one rechargeable lamp that provides poor lighting since it doesn’t get fully recharged due to the frequent power outages,” Shahed added.

Shahed also said: “The situation is different at the school where electricity from the generator is available all day. Unlike most families in Gaza, my family can afford to pay for an alternative source of electricity. But it is not a permanent or sustainable solution to use generators, rechargeable lamps or candles. No child deserves to live in darkness.”

UNRWA is confronted with an increased demand for services resulting from the deepening poverty as a result of a number of factors, including the continuing impact of the decade-long blockade, inflation of basic commodities, lack of employment opportunities and an increase in the number of registered Palestine refugees. UNRWA is funded almost entirely by voluntary contributions and financial support has been outpaced by the growth in needs. UNRWA encourages all Member States to work collectively to exert all possible efforts to fully fund the Agency’s Programme Budget in 2017. UNRWA emergency programmes and key projects, also operating with large shortfalls, are funded through separate funding portals.