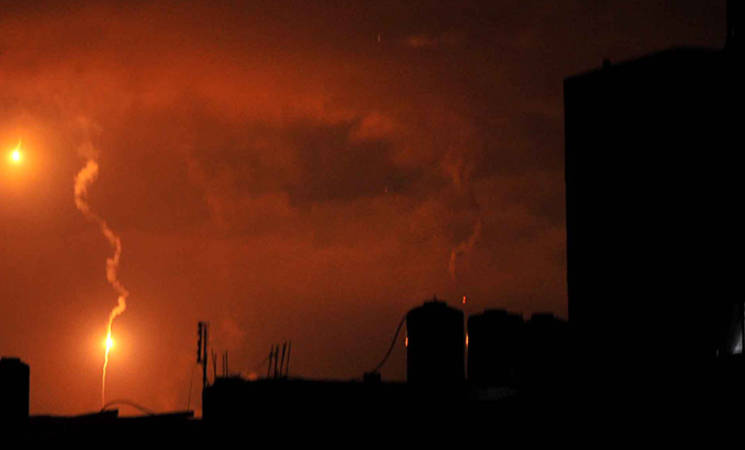 On 7 July UNRWA declared an emergency in all five areas of the Gaza Strip in response to escalating violence between Israel and Hamas. Since then, civilian displacement and fatalities have risen sharply. The total number of Palestinian deaths reported by the Protection Cluster currently stands at 1106 and the number of wounded, as reported by the Ministry of Health has reached 6600. The number of displaced people taking refuge in UNRWA shelters is now more than triple the peak number from the 2008/9 conflict and is approaching 10% of the entire population of Gaza, with approximately 182,604 in 82 schools. UNRWA has launched an emergency flash appeal for US$ 115 million to respond to the urgent and pressing humanitarian needs of the people of Gaza.

Past 24 hours: 28 July marked the first day of Eid El Fitr, which is traditionally a time of celebration but for people in Gaza was marked by ongoing conflict and displacement. This reporting period saw an upsurge in hostilities overnight, after a period of relative calm earlier in the day. The Israeli Defense Forces (IDF) Spokesperson reported on Twitter that phone calls and SMS were sent to residents in Beit Hanoun, Beit Lahiya and Jabalia to evacuate to central Gaza City. UNRWA received further reports that residents in parts of Khan Younis received messages to evacuate their homes and for those who had already fled their homes not to return. Media outlets are today reporting warnings from Israeli Prime Minister Benjamin Netanyahu of a prolonged military campaign in Gaza. The Secretary- General, Ban Ki-Moon on 28 July described the situation in Gaza as one of “horrifying levels of physical destruction” and called once more for an end to the hostilities as well as an end to the blockade on Gaza.

UNRWA is working desperately to meet the needs of a growing population of displaced across the Gaza Strip and to prepare for even further displacement. In a number of areas, all available UNRWA schools have already reached or exceeded maximum capacity. In some areas the only option now is for government schools to be utilized as emergency shelters to be managed by local communities and provided with essential food, water, non food items (NFIs) and generators by UNRWA.

Due to the scale of displacement, UNRWA staff continued to work to respond to the emergency, despite yesterday being one of the most important holidays in the Muslim calendar. UNRWA shelters continued to receive more internally displaced people (IDPs) and food and water were delivered to shelters to meet urgent humanitarian needs. A number of Health Centers stayed open for emergencies and solid waste removal continued on reduced capacity. In an extraordinary move in coordination with Palestinian and Israeli authorities, Kerem Shalom crossing was open for the Eid holiday to allow for the crossing of truckloads of humanitarian supplies to Gaza.

Since the start of the current conflict, a staggering 375 truckloads of goods have been coordinated to cross Kerem Shalom crossing in to Gaza to provide humanitarian goods for the emergency response by UNRWA.  Just in the past one week, UNRWA delivered 166 truckloads of NFIs, 414 truckloads of food and 470,000 lt. of non- potable water to IDPs taking refuge in UNRWA shelters.  This massive logistical exercise has involved the coordination of trucks through crossings in the West Bank, and through Jordan and Israel. This effort would not have been possible without the efforts of UNRWA staff and partners in Jordan, West Bank and Gaza. Deliveries of this much needed humanitarian assistance to IDPs would also not have been possible without the generous support from international and local donors.

Reportedly there were 68 rockets and 88 mortar shells fired towards Israel. There were also reports that 161 missiles were fired into Gaza in addition to 450 navy shells. 1392 tank shells were fired from the border area in to populated areas. Reportedly, 49 houses were bombarded.

UNRWA is deeply saddened to have received reports of a fifth staff member killed overnight.

Three UNRWA installations were reported damaged during this period, all of them schools. In one school serving as a shelter, UNRWA has received initial reports that a number of IDPs were injured when a shell struck the building.

An estimated 97 UNRWA installations have been damaged since 1 June, 2014, many of them on multiple occasions. UNRWA is still to verify this number when the security situation allows.

UNRWA has launched an emergency flash appeal for US$ 115 million to provide emergency assistance to 150,000 people through its shelters- where food, NFI and psychosocial support are provided- and through health and social service facilities available to those not taking refuge in UNRWA shelters. This funding will also allow UNRWA to start early recovery activities once hostilities cease.

Given that the number of displaced in UNRWA shelters already exceeds that anticipated in the revised flash appeal, UNRWA an updated appeal will be communicated in the coming days.