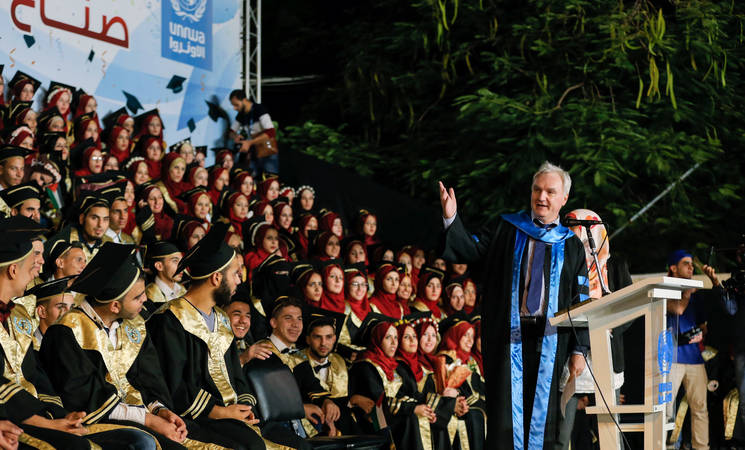 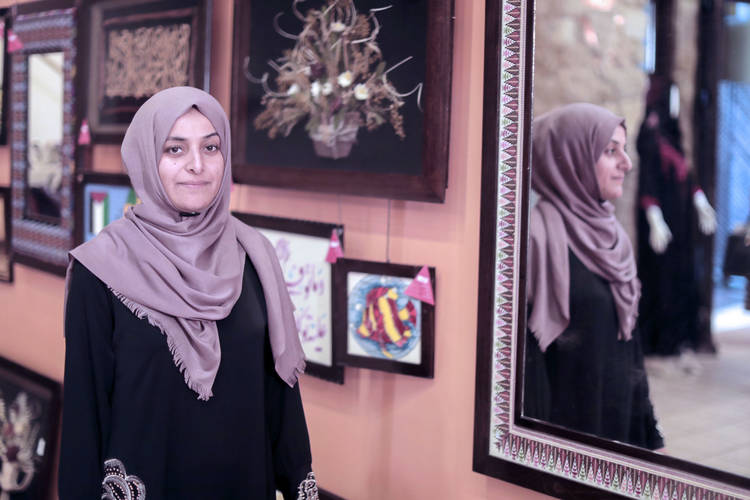 The UNRWA Gender Initiative (GI) strives to improve the capacity of women and girls in Gaza to exercise freedom of choice, take advantage of opportunities for personal and professional development and to address inequality in all aspects of life. Under its ‘Social and Recreational Spaces for Women and Girls in the Gaza Strip’ project, the GI cooperates with 30 Community-Based Organizations (CBOs) across the Gaza Strip to provide women and girls with safe spaces in which they can socialize and access recreational and development activities to promote women’s right to equal participation in public life.

Soad Hadido, a 24-year-old Palestine refugee, is one of the participants in the project at the Daraj Women Programme Centre.“I couldn’t go to college because my family couldn’t afford it, so I used to stay at home and do nothing. I felt unproductive until I participated in the Social and Recreational Spaces for Women and Girls project at the Daraj Women Programme Centre. I spent the best three months there; I learned many great things, developed new relationships and made new friends,” said Soad.

The core activities of this project, which has been implemented since 2008, are Arabic and English literacy courses, arts and drama workshops, book clubs, IT training, and physical health activities. Besides these activities, the CBOs are also seen as friendly and safe spaces for women, many of whom feel empowered by doing activities outside their home, establishing networks, participating in public life and taking matters into their own hands.

“Before taking the course, I didn’t even know how to turn on the computer. Now I can make presentations and use Microsoft Office programs. I used to say ‘yes’ to everything I was asked to do. Now, I am strong, I negotiate and I learned to say ‘no’,” said Soad.

On 31 October, the UNRWA GI in partnership with CBOs opened an exhibition showcasing products produced by women as part of Social and Recreational Spaces for Women and Girls project. The exhibition displayed a wide array of products including embroidery, wool products, crochet, woodwork, mosaics, drawing on glass, and ceramics.

“During the course, I also took embroidery classes. I feel proud to introduce my products to the local community and interact with the customers,” Soad added.

The GI includes five main projects: Social and Recreational Spaces aimed at providing women and girls with access to safe spaces outside their home, to engage in social networking and recreational activities; the Young Women Leaders project, which aims to close the skills gap between graduate education and labour market requirements;  the Female Headed Household project, which addresses the particular vulnerabilities experienced by women heads of households, and combines training in personal skills; the Gender-based Violence awareness raising project aimed at equipping women, men and youth with skills to address the violence they experience at home; and the Education Support Units project, which provides girls and boys with support to enhance and increase their educational opportunities within the official education system.