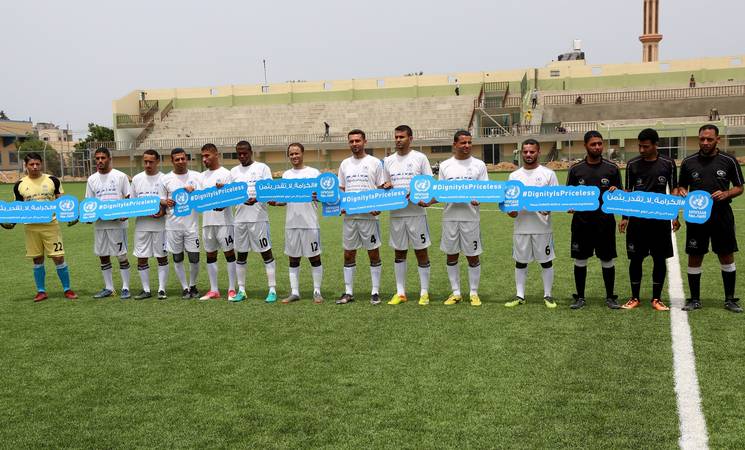 Mohammed Alwan was born blind:
My school is my second home 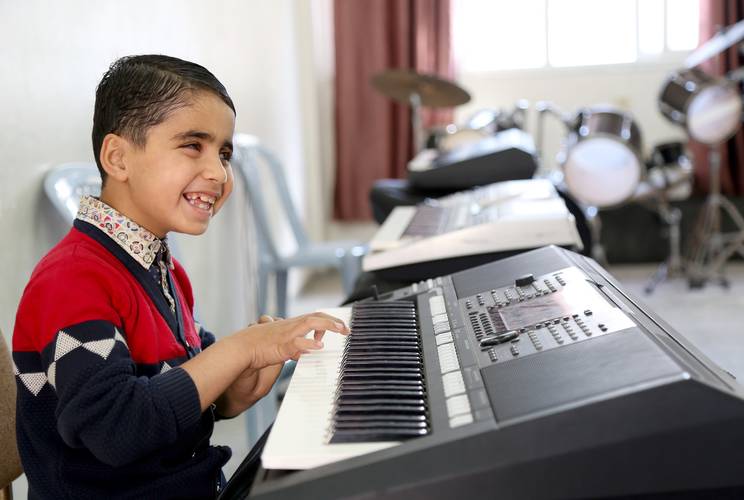 Mohammed Alwan, who was born blind, playing the electronic piano in the music class at the UNRWA Rehabilitation Centre for Visually Impaired (RCVI) in Gaza. © 2018 UNRWA Photo by Khalil Adwan.

While Palestine refugees in the Gaza Strip face immense challenges due to the Israeli blockade, political divisions as well as the deteriorating socio-economic context, the situation is even more difficult for persons with disabilities, particularly children.

Seven-year-old Mohammed Alwan, a Palestine refugee child from Gaza city who was born blind, is a student at the UNRWA Rehabilitation Centre for the Visually Impaired (RCVI), a school in Gaza for Palestine refugees with visual impairments, and dreams to be a doctor in the future. .

“It’s not easy to be a blind child. I have two brothers and I live in an extended family building where there are many children, all of whom can see. But I want to learn, play, dream and enjoy my life equally with all children across the world. RCVI is the only place in Gaza that gives me the opportunity to access education,” Mohammed said.

At the RCVI, children with partial sight receive eyeglasses to improve their impaired vision. They are assisted by a Braillist, and instructed in the use of the Perkins Braille machine.  Children are also taught basic life skills and how to successfully navigate the world around them. RCVI also over that past year implemented the Vision Project, which aimed to enrich the teaching of visually impaired children through the use of modern technology, particularly using the voice dream reader application through iPads and tablets.

In line with UNRWA’s commitment to the realization of the universal right of all children to education, the RCVI, which is part of the Agency’s Relief and Social Services Programme, has been providing educational services and social support to children with visual impairments and their families since 1962.