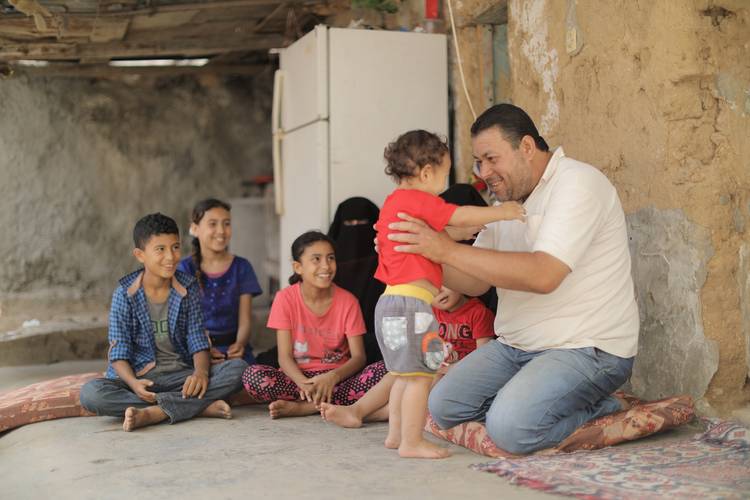 Ghassan Abu-Asser and his family in their rented home in Shejaiya, Eastern Gaza City. © 2018 UNRWA Photo by Mohammed Hinnawi

Since 2008, the Gaza Strip has experienced three major escalations of armed conflict which resulted in the internal displacement of significant numbers of people.

In 2014, the coastal enclave witnessed the deadliest hostilities since the beginning of the Israeli occupation in 1967. In addition to the 1,460 Palestinian civilians killed, including 556 children, some 17,800 housing units were destroyed or severely damaged, causing the temporary internal displacement of approximately 100,000 people. In line with UNRWA’s commitment to provide a decent standard of living for Palestine refugees and to mitigate the effects of emergencies on their lives, UNRWA provided these displaced families with rental subsidies to afford dignified transitional shelter until the completion of the reconstruction or repair of their homes.

Ghassan Abu-Asser‘s family house was severely damaged during the 2014 conflict which has left him and 17 family members displaced to this day. 43-year Ghassan and his family were living in Shejaya, East Gaza City, when the 2014 conflict started. As one of the most heavily affected areas of Gaza, most of the Shejaya neighbourhood was rendered uninhabitable. Ghassan’s house was severely damaged; for the past three and a half years, he and his family have lived in a rented house.

“I will never forget the day when my family and I had to leave our house. Our neighbour’s house was attacked and ours was badly affected, so we had to run away to save our lives. Back then, we thought that we would return after a few days.  We didn’t know that we would be displaced for more than three years,” Ghassan explains sadly. “During the conflict we moved from one UNRWA collective centre to another, and when the last one was closed, we started looking for an apartment to rent and that was very hard to us and for many families who lost their homes.” 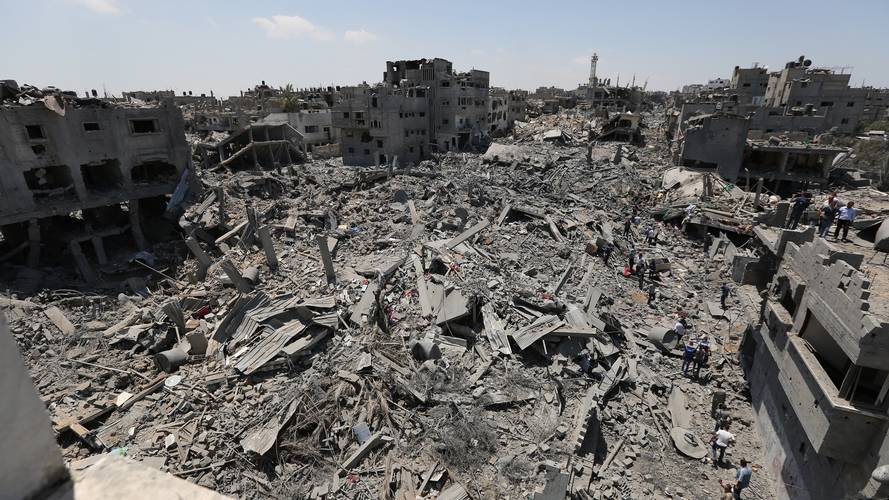 Shejaya was one of the most heavily affected areas of Gaza during the 2014 hostilities. © 2014 UNRWA Photo by Mohammed Hinnawi

Ghassan recalls; “We used to live in a two-storey building with more than eight rooms, now we live in a house of two rooms. Losing home is like losing life.” He adds: “Every month I receive around US$ 250 from UNRWA as rental subsidy payment. For the last three and half years, my life has been unstable and hard. At the end of every month, I feel grateful for the support we receive from UNRWA because without the rental subsidy, our life would have been unbearable. I dream every day and night to be able to reconstruct and return to our house.”

According to OCHA, three and a half years after the ceasefire and as of February 2018, more than 22,000 people (4,162 families) are still displaced, many of whom continue to live in precarious conditions with uncertainty regarding their immediate future.