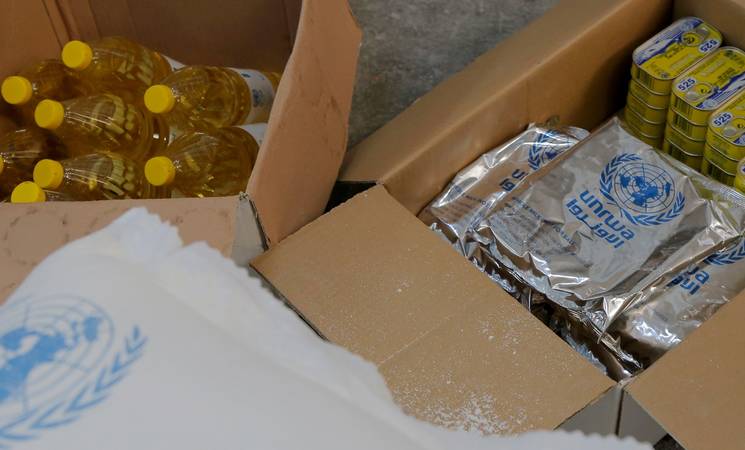 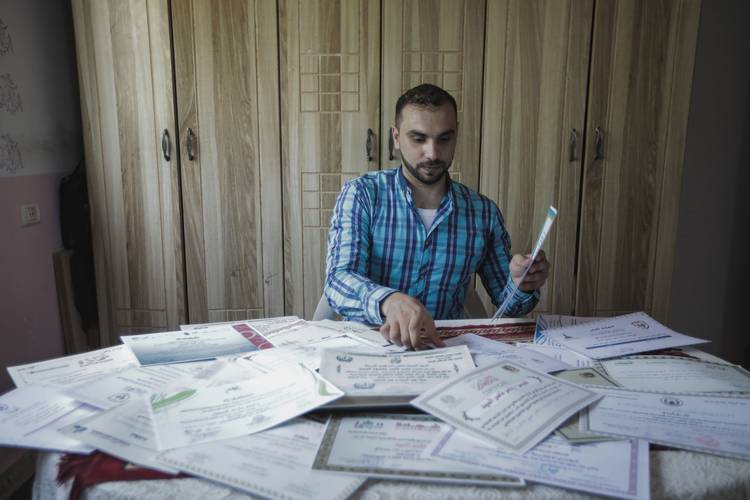 Due to the Israeli-imposed blockade and severe restrictions on the movement of people and goods, the enclave’s economy is devastated and unable to absorb the thousands of qualified graduates who enter its labour market each year. Gaza suffers from one of the highest unemployment rates worldwide. In the first quarter of 2018, the average unemployment rate stood at 49.1 per cent, according to the Palestinian Central Bureau of Statistics. In light of this unemployment rate, the outlook for Gaza’s youth is bleak.

26-year-old Yasser Al-Saied is a Palestine refugee who lives with his seven-member family in Bureij Camp, central Gaza Strip. Yasser, who holds a bachelor’s degree in media and public relations and is now pursuing graduate studies in international relations at Al-Aqsa University, Since his childhood, Yasser has been well known for his strong personality, self-confidence, popularity, leadership, and good persuasion skills. With his outgoing personality and interest in communications work and relationship-building, he decided to study public relations.

“When I was a student, I looked around me and saw most of my young relatives, neighbours and friends being unemployed, so I decided to start volunteering to gain some experience, knowledge and show initiative;” Yasser said. Yasser started volunteering when he began his university studies. He believes that even if he has not graduated yet, the volunteering experience can provide him with useful skills, knowledge, networking opportunities and a first exposure to his future work environment.

“Although volunteering made me feel like a productive member of the community, this was not enough for me after I graduated, especially because I also wanted to be financially independent. I can’t spend my life being dependant on my father. I want to have my own source of income, so I started looking for paid work. However, due to high unemployment in Gaza, finding a job is very hard,” he added

Yasser is an active member of the community as he believes in the significant role youth can play in society. With his friends, he serves the community through several initiatives such as cleaning the streets, helping the elderly, cleaning the beach and recycling garbage.

“My first paid job was as site manager during UNRWA’s summer fun weeks. No words could express my happiness at that moment when I got my first salary. When I graduated around four years ago, I worked for six months with a salary of 300$ per month. Before these six months, I spent over a year without work;” Yasser also added. “When I see my two sisters who are studying at university; I am worried about their future. In Gaza, good education unfortunately does not protect you from unemployment, and I don’t want them to go through what I faced. I hope the economic situation in Gaza will change soon so more and more youth will be able to find jobs,” he added.